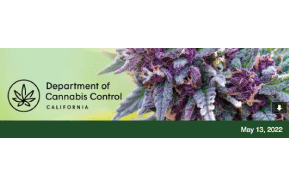 Governor Newsom delivered on his commitment to help simplify the tax structure by moving forward a proposal that, if approved by the Legislature, will remove unnecessary administrative burdens and costs, temporarily reduce the tax rate to support shifting consumers to the legal market, and stabilize the cannabis market.

We have heard from many of you who have said that the current cannabis tax framework is overly complex. We know that current tax policies disproportionately burden cannabis farmers and small businesses and create instability throughout the supply chain, ultimately undermining the societal benefits of a taxed and regulated market.

The May Revision proposes statutory changes to reform cannabis taxes and help reduce burdens for legal operators. Some changes include:

In addition, the Governor’s budget proposal includes a one-time allocation of $20.5 million to help expand access to legal retail throughout California. The grant program will assist cities and counties that do not currently license storefront or delivery-only cannabis retailers. If approved, the funds will aid localities with the development and implementation of local retail licensing programs and helping more of California’s existing consumers gain access to regulated and tested products through licensed and legal retailers.

You can learn more about the cannabis retail access grant proposal on page 138 in the Governor’s May Revise Budget Proposal here.

I share this information because I wanted you all to know about the work the Governor’s Office is doing to support our collective efforts. Creating a sustainable, safe, equitable, and legal cannabis market in our state is no small feat — it is a labor of love, and it takes all of us working together to help make this a reality.

Tax cut for California pot industry: Too little, too late? 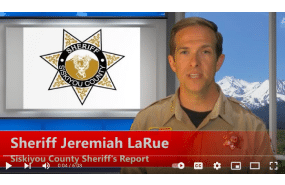 Sheriff Jeremiah LaRue is asking Gov. Gavin Newsom to declare a State of Emergency for the county to secure more law enforcement funding and tougher laws for illegal grows.

Siskiyou County, Calif. Sheriff Jeremiah LaRue says illicit cannabis cultivation has created an environmental crisis and an increase in violent crime in his jurisdiction, and he wants Gov. Gavin Newsome to step in to provide assistance.

LaRue is asking Newsom to declare a State of Emergency for the county to secure more law enforcement funding and tougher laws for illegal grows, according to a local Action News Now report.

LaRue estimates that there are roughly 5,000 unlicensed outdoor cultivation sites on federal and private land in Siskiyou County, the news outlet reported, and says the illicit grows are linked to increased violent crime in the community.

LaRue also says that trash, human waste, fertilizers, pesticides and other chemicals tied to the illegal  cultivation sites have created an environmental crisis in Siskiyou County, according to Action News Now.

“As Sheriff, I call on [Gov. Gavin Newsom] to declare a STATE OF EMERGENCY and acknowledge the rampant black market industry endangering our communities,” LaRue said May 16 in a tweet.

California lawmakers are taking notice of the issues stemming from illegal cannabis cultivation in the state, with several bills pending in Sacramento to crack down on illicit grows.

Rep. Thurston Smith, R-Apple Valley, introduced Assembly Bill 1725 earlier this year to classify unlicensed cannabis cultivation as a felony, rolling back the provisions in Proposition 64, California’s adult-use cannabis legalization law, that deem growing any number of plants without a license a misdemeanor.

Smith has also sponsored A.B. 2728 to add an additional civil penalty based on the size of the illegal grow in an effort to distinguish between minor infractions and larger, industrial-sized operations.

Sen. Anna Caballero, D-Salinas, has also put forth legislation to crack down on illegal cannabis cultivation. Her Senate Bill 1426 would address the environmental damage and water-related crimes committed by illicit growers, including the pollution of groundwater, illegal access to water conveyance or storage infrastructure, and digging unpermitted wells. 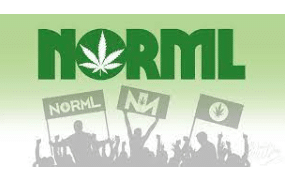 Los Angeles, CA: Regulatory costs, high taxes, and municipal bans on cannabis retailers have significantly inhibited the growth of the licensed marijuana marketplace in California, according to a report issued by the Reason Foundation.

The analysis estimated that California imposes an effective tax rate of as much as $92 per ounce. This amount is higher than the tax burden imposed on retail cannabis transactions in other states.

California NORML Director Dale Gieringer, who authored the report’s foreword wrote: “California’s legal industry has been hard pressed to compete with untaxed, unregulated providers on the underground market. So dire is the current situation that advocates now fear that the cannabis industry in California faces an ‘existential crisis’ in the absence of meaningful tax reform.”

He concluded, “Substantive tax cuts therefore seem to be a feasible strategy for reducing demand for the illicit market, while still retaining reasonable revenues for the state programs funded in Prop. 64.”

Full text of the report, “The Impact of California Cannabis Taxes on Participation Within the Legal Market,” is available from the Reason Foundation. The Department of Cannabis Control (DCC) is providing notice to the public of its intent to readopt its emergency regulations implementing Senate Bill 166 which requires DCC to develop and implement a program to provide waivers for cannabis licensing fees, with at least 60 percent of the total amount of fee waivers allocated to fee waivers for local equity applicants and licenses.

The cannabis equity fee waiver program is designed to assist commercial cannabis license applicants and licensees who have been harmed by the War on Drugs. DCC proposes this readoption action to allow emergency regulations, with amendments, to remain in place while DCC continues working to begin the process of permanently adopting the regulations through the regular rulemaking action.

DCC will file the emergency readopt package with the Office of Administrative Law (OAL) after the required five-working day notice to the public. The public comment period, which lasts five-calendar days, will begin when OAL publishes the proposed regulations as being “under review” on its website: https://oal.ca.gov/.