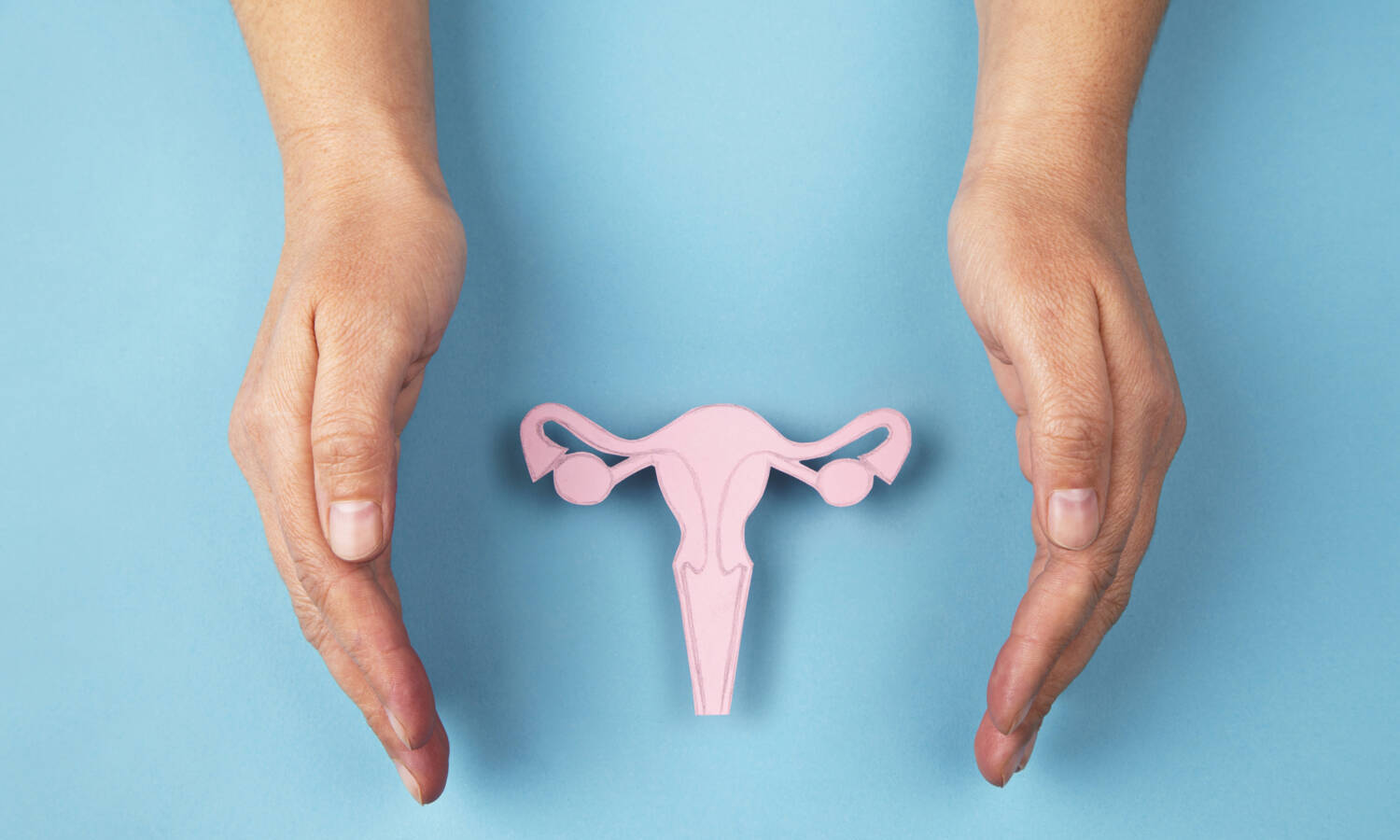 Researchers at Southern Illinois University (SIU) may be on the way to determining how cannabis can help cure ovarian cancer, reported the Daily Egyptian, the student-run news organization for the SIU community.

Conducted by the Cannabis Science Center, the research was led by Dr. Dale “Buck” Buchanan, a researcher and professor of physiology at SIU, whose effort is directed mainly toward prevention of the disease.

“The vast majority of ovarian cancer research is focused toward extending what we call ‘progression-free survival,’” he said. “So it seems misguided to me that the focus of the research is on this incremental increase in life, […] so we’re really interested in prevention.”

What Is Ovarian Cancer?

Sadly, ovarian cancer remains the most common cause of cancer death from gynecologic tumors in the United States, according to the Centers for Disease Control and Prevention (CDC).

Buchanan explained that as a result of the process of ovulation, scar tissue that develops after the egg erupts through the surface of the ovary can go awry, resulting in the development of cancerous tissue.

Do Omega-3 Acids Help With Cancer?

His research proved that Omega-three acids created when flaxseed was introduced into a diet, can prevent the development of ovarian cancer and also minimize its severity. By reducing inflammation and allowing the healing of tissue, Omega-three acids compete with the naturally produced inflammatory proteins within the human body.

“The consequence of this is that it has a 70% reduction in the severity of cancer and a 30% reduction in the incidence, and all we did was introduce flax into their diet,” Buchanan said. “But we know nothing about how it works, so that’s our work.”

What Is The Role Of The Endocannabinoid System?

While examining the effects of introducing flax into the diet, the researchers took a closer look at the system of protein receptors throughout the body that react to internally produced and external cannabinoids, also known as the endocannabinoid system.

According to Didas Roy, a graduate student assisting in the research, the endocannabinoid system has, although still unclear, a role in the production of ovarian cancer.

“So in the endocannabinoid system, there are cannabinoids produced inside our bodies, and they’re binding to specific receptors, one and two,” Roy said. “So two is not that much expressed in the ovary, but receptor one is there in high abundance, and it seems like the expression of those receptors increases in cancer.”

Roy’s focus is currently directed toward a protein called TGF-ß, which is present both in the ovaries and the broader endocannabinoid system.

“We know TGF-ß is also implicated in cancer, so we are trying to see how the both of them are related to each other, who is controlling whom and how they’re contributing to ovarian cancer,” Roy said. “TGF-ß is a family of many, many receptors and ligands, so I’m trying to look at all of them.”

Meanwhile, there is a growing body of evidence by scientists proving that cannabis can either slow the growth of or cause death in certain types of cancer cells.

Earlier this year, Cannabotech (CNTC.TA) reported that in experiments conducted on a cell model, the fungus extract eliminated 100% of pancreatic cancer cells relatively selectively and without damaging normal cells. Cannabotech is involved in the development of a botanical drug based on an extract of the Cyathus striatus fungus and a cannabinoid extract from the cannabis plant.

The same Israeli biotech company is behind another cell model study, which showed that its “Integrative-Colon” products killed over 90% of colon cancer cells. The Integrative-Colon products are based on a combination of several cannabinoids from the cannabis plant and various mushroom extracts.

A study conducted by Hadassah Medical Center physicians last year provided a ray of hope to those with breast cancer. The research revealed a sixfold improvement in killing breast cancer cells when using specific Cannabotech’s medical cannabis products in combination with standard oncology treatments and drug protocols, such as chemotherapy, biological and hormonal, over the existing treatment.

The best NYC museums to visit after tripping or toking 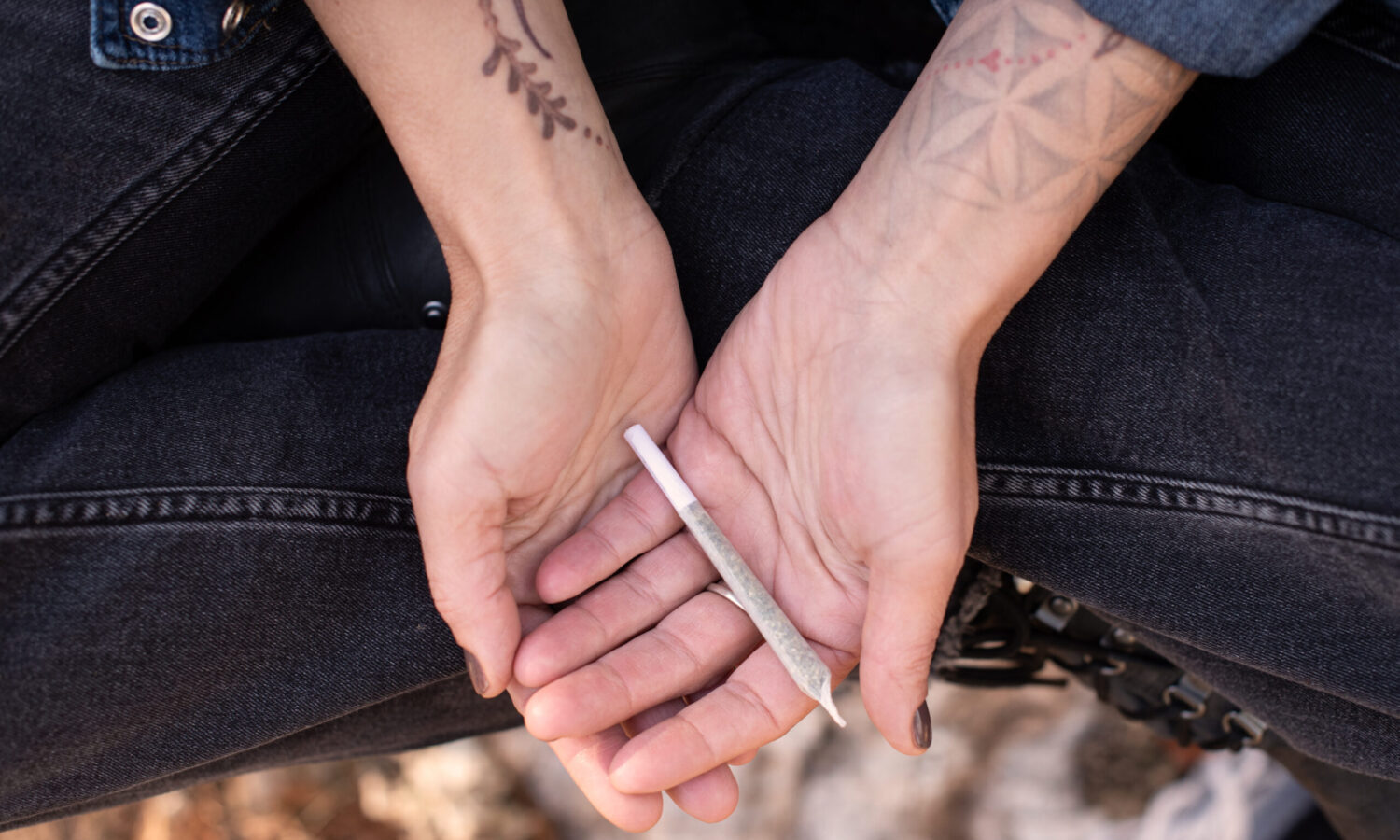 Legal medical marijuana has been linked with reduced opioid use according to a new study conducted by the American Medical Association. Results add more evidence to the argument that legal marijuana can curb and manage opioid use, and could have a significant impact on the opioid crisis.

The study, published in JAMA Oncology, analyzed the results of thousands of patients with different types of cancer.

Researchers explained that the study was conducted in order to explore the links that exist between marijuana legalization and opioid use. They concluded that medical marijuana curbed opioid use and provided an alternate route for treatment.

“Findings of this cross-sectional study suggest that medical marijuana legalization implemented from 2012 to 2017 was associated with a lower rate of opioid dispensing and pain-related hospital events among some adults receiving treatment for newly diagnosed cancer,” they wrote.

RELATED: Another Study Finds Link Between Medical Marijuana And Less Opioid Use

“The nature of these associations and their implications for patient safety and quality of life need to be further investigated,” researchers added.

Despite the fact that the study had some limitations and that the topic of marijuana and opioids should be researched further, the results are still important and should at least prove how important it is to conduct the necessary research on the matter.

Previous studies have found similar connections, with medical marijuana giving patients suffering from different conditions an alternative to opioids, and that the new industry has the power to impact pharmaceutical companies.

While many things remain unknown about cannabis and its relationship with opioid use, it remains important to explore this connection and figure out if the plant could become a healthier outlet for people suffering from various medical ailments. 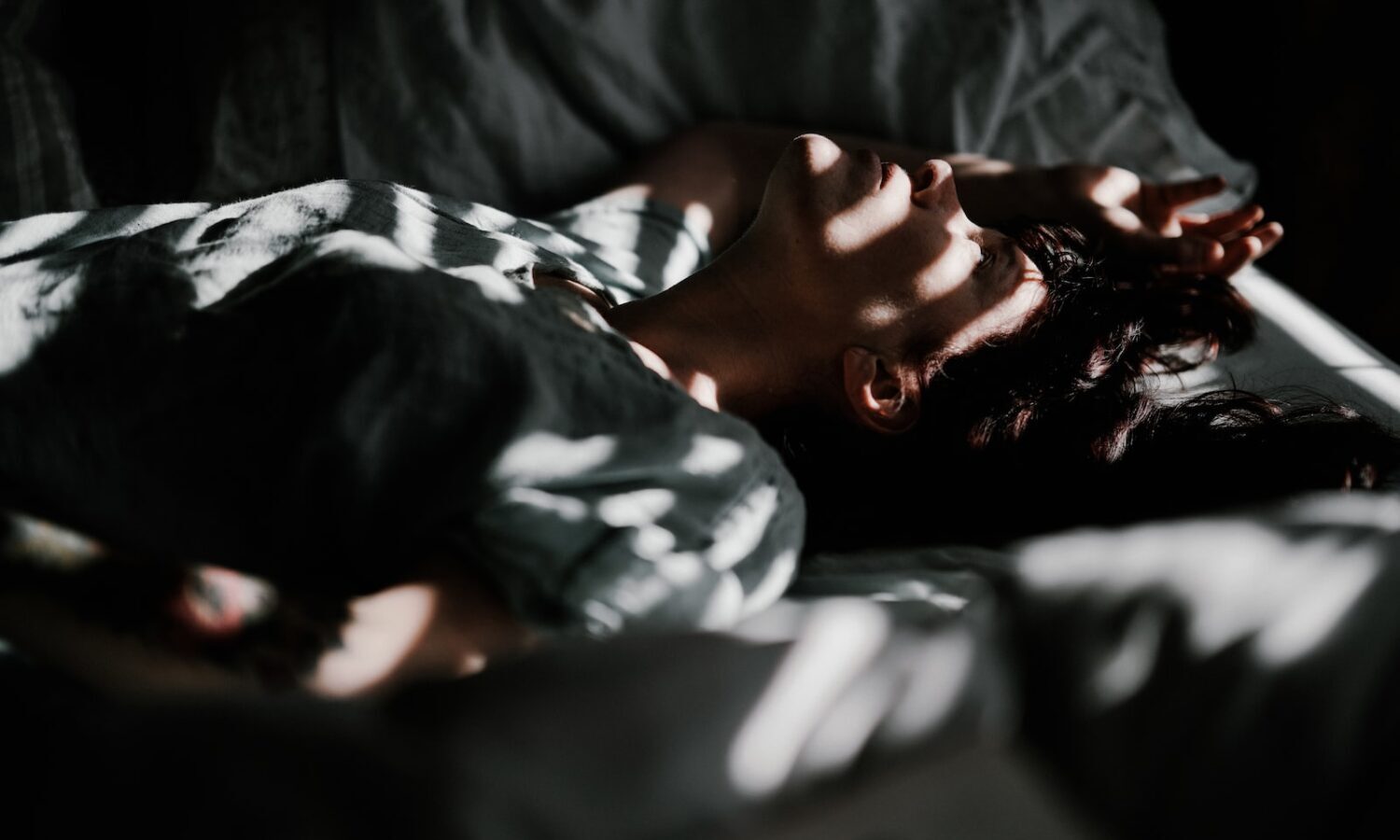 Sleeping is incredibly important, with health practitioners recommending a minimum of seven hours a night. Now, a new study says that sleeping less than five hours a night can lead to various health problems, among them, cancer, heart disease, depression, and more.

The study, published in the journal PLOS Medicine, used data from more than 8,000 people in the United Kingdom with no known chronic diseases. Participants reported their sleep habits every four to five years along with some clinical examinations for a period of 25 years. Results showed that the older people were and the less they slept, the worse the prognosis.

RELATED: Why Sex Results In Better Sleep, According To Science

Chronic diseases are varied, ranging from arthritis to cancer. All of these became more likely when people slept less than they should.

Researchers shared some of the study’s limitations, including the fact most participants were white men and that all were civil servants, meaning that they had higher odds of being healthier than the average population. Then there was also the fact that the research relied on self-reported data, something that is considered less reliable than if participants were to be monitored and tracked throughout all of these years.

RELATED: Despite Health Risks, The Use Of This Sleeping Aid Has Increased Over The Years

Adequate sleep has been known to help people in a range of way, from managing their weight to improving the health of their skin. It’s a process that’s good for mental and physical health and that affects us in ways that are almost untraceable. While it’s something that we do every day, sleep is often relegated, with people putting a priority on other aspects of their lives.

Still, more and more studies are coming out and helping us understand just how important sleep is and why people of all ages should prioritize it. 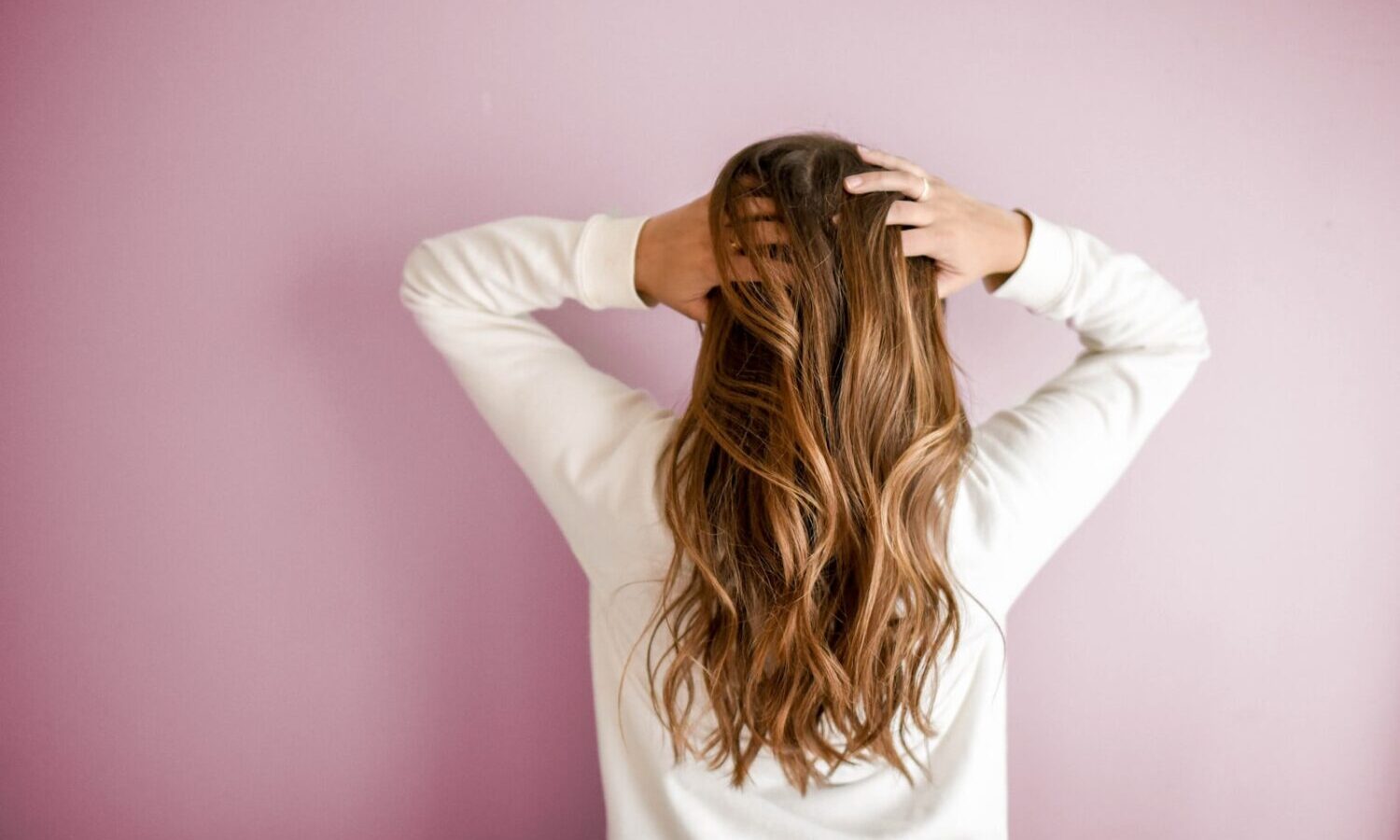 A new study found links between a common hair product and uterine cancer, a type of cancer that’s on the rise.

The research, published in The Journal of National Cancer Institute, found an indirect link between hair straighteners and uterine cancer. This type of cancer is more common among Black women, making this link all the more curious.

The study tracked over 34,000 women for more than a decade and found that women who frequently used hair straighteners had 4% more risk of developing uterine cancer. The study defined frequent users as women who used these products over four times in the previous year.

In previous years, hair straighteners have been linked with other types of cancer, such as ovarian and breast cancer. Hair products like bleach, perms, dyes, and more, didn’t report this link.

While all demographics were impacted by the use of straighteners, this statistic is more concerning for Black women, since 60% of them reported the use of these types of products.

“We don’t want to panic people,” said the study’s lead author Alexandra White to the New York Times. “One could make a decision to reduce this chemical exposure, but we also want to acknowledge that there is a lot of pressure on women, especially Black women, to have straight hair. It’s not an easy decision to not do this.”

Hair straighteners contain a variety of dangerous elements, among them metals, parabens, and formaldehyde, which may be absorbed via the scalp. The heat of the straightening procedure and the damage that this process can do to the scalp might make these risks greater.

Uterine cancer more likely to be diagnosed in women over the age of 45, but younger women are getting more and more diagnoses per generation. According to cancer.org, about 65,950 new cases of uterine cancer will be diagnosed by the year 2022.