Jamie Feaster might be the only pot dealer in California who doesn’t mind if you call his cannabis “dad weed,” a word usually reserved for weak pot that California hasn’t seen since the 1990s. But for Feaster, the founder of San Francisco’s Country Cannabis, selling weak weed is basically his goal.

Are Bad Actors In Cannabis On The Decline?

How To Vape Weed The Right Way 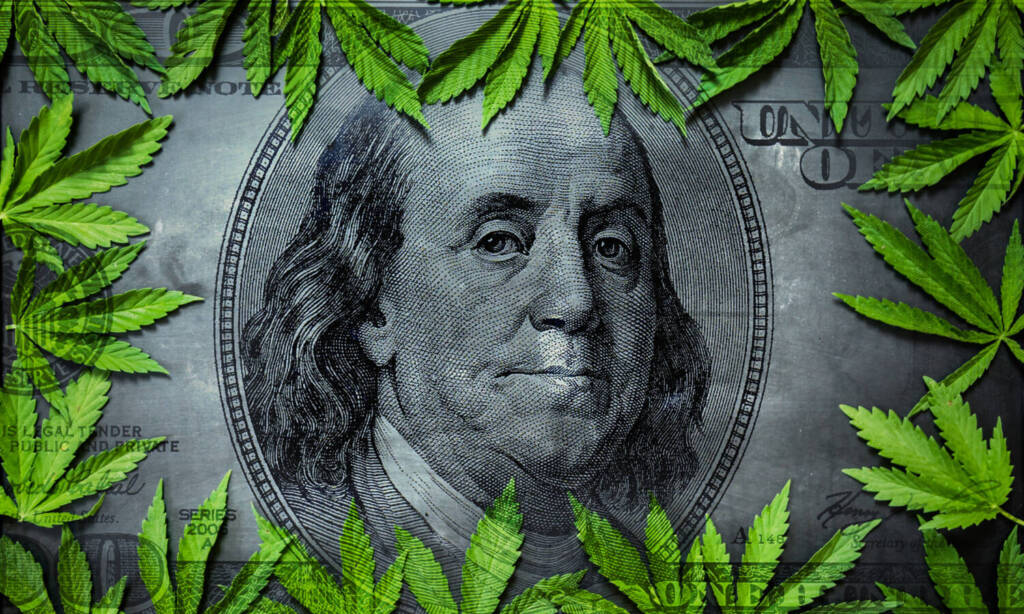 A Democratic senator has formally introduced a bill that, if successful, would make U.S. cannabis companies fully eligible for federal loans through the Small Business Administration.

According to a news release, Sen. Jacky Rosen of Nevada put forth the Fair Access for Cannabis Small Business Act, which would reverse the current prohibition on financial assistance for marijuana businesses.

RELATED: Here Are The Products That Drove Green Wednesday Sales (And The Ones That Tanked)

Barriers to SBA assistance were a major complaint from cannabis companies during the COVID-19 pandemic, despite the fact that the entire industry was designated as “essential” by nearly every state with a functional marijuana market. And the overall lack of access to traditional financial services and banking has been an ongoing hurdle.

Several industry leaders hailed the bill and said it could be a major financial boost to much of the cannabis sector.

RELATED: Will New York Be Able To Control Its Underground Market?

The bill, however, likely faces an uphill climb given the political dynamics in the Senate, where Democrats only hold a slim majority. A 60-vote majority would be needed to break a Republican filibuster.

Earlier this year, the Nevada senator urged the Senate Appropriations Committee to push for similar reforms through federal spending bills and also advocated with House Armed Services Committee leaders for the passage of the SAFE Banking Act. 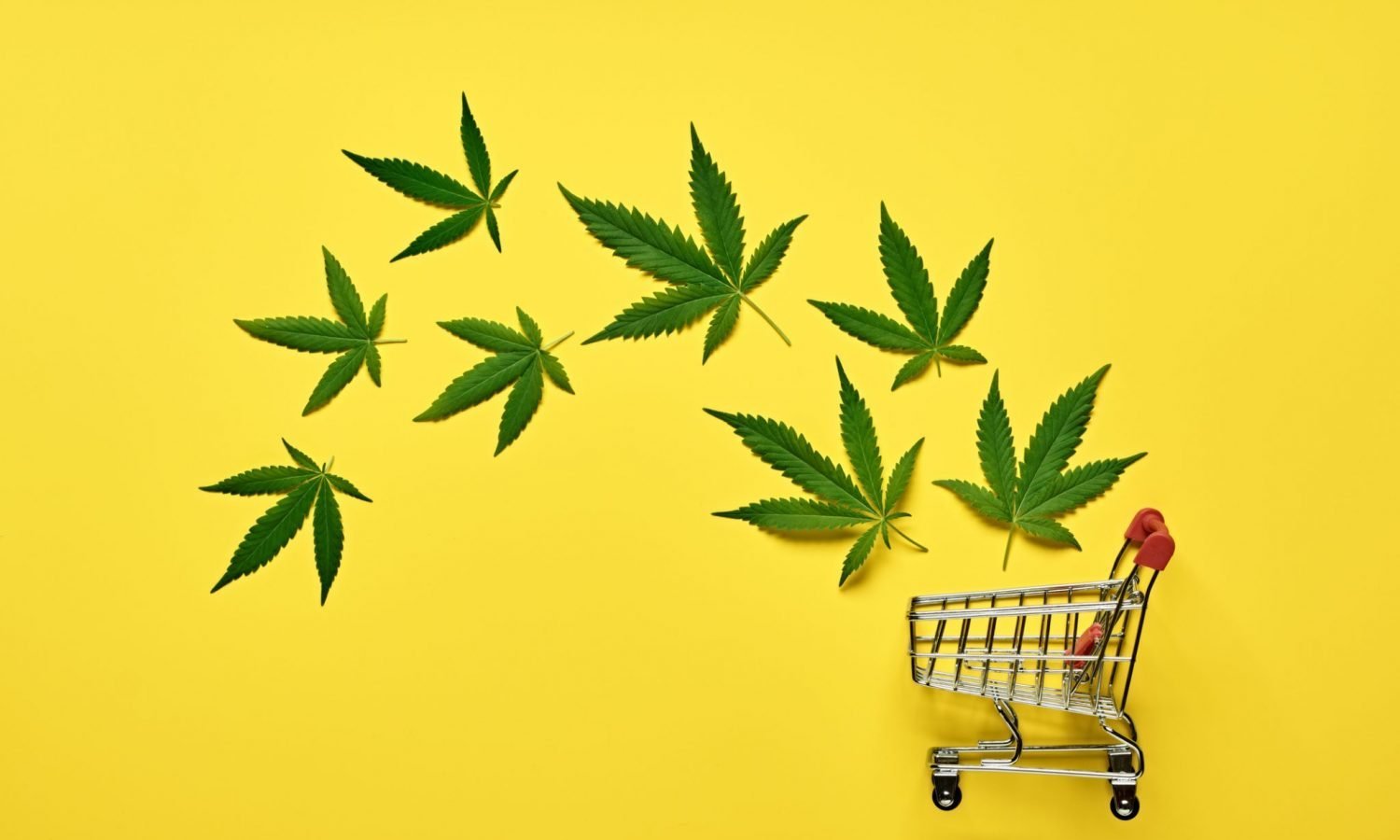 The joke about going for a walk with your cousin every Thanksgiving may be a thing of the past. With so many new forms of cannabis consumption, that “walk” to go smoke a joint with your cool cousin undetected could become Thanksgiving lore.

Beverages, edibles, and, in some cases, the convenient vape pen dominated Green Wednesday sales, as the day before Thanksgiving has come to be called.

Inflation also seemed to rear its ugly head this year. Sales transactions were up, but the amount customers spent was less. Data from both Headset and Jane Technologies demonstrate that Green Wednesday continues to be a winner for cannabis consumption.

Headset ran the numbers to see if Green Wednesday sales popped versus previous Wednesdays for dispensaries — and indeed they did. Combined sales data from California, Colorado, Massachusetts, Michigan, Nevada, Oregon, and Washington state saw sales jump by 48% compared with previous Wednesdays in November.

As expected, sales fell on Thanksgiving Day as many dispensaries closed for the holiday, and Black Friday only experienced a slight increase of 1%. It looks as if consumers stocked up before heading out to relatives for the weekend.

The products that people could consume without Aunt Gertrude being any wiser grew. Headset noted that topicals (15.7%), beverages (13.2%), and edibles (6.1%) all experienced sales growth during the holiday stretch. Popular inhalable products, such as concentrates (-11.4%) and flower (-10.8%), took the biggest hit.

In Jane’s data, vape cartridges were the top-selling category, beating out flower by 20%. Vapes are easy to carry and not nearly as stinky as smoking flower.

Jane Technologies looked at nationwide sales and in particular the new market of New Jersey. Jane found that Green Wednesday’s total sales increased by 77% compared to the previous four Wednesdays in a nationwide view. The average store saw sales increase by 20% over last year.

It seems consumers were on a budget this year. Transactions were up, but shopping carts weren’t full. Nationwide, Jane Technologies said that the average cart size fell by 8% from last year. In California, the cart size fell by 18%, in Colorado by 8%, Massachusetts carts fell by 17% and in Illinois, shoppers’ carts dropped by 14%.

Headset noted that discounts increased across the board during the holiday stretch with the average discount increasing 7.3 percentage points to 21.8% across the three days of holidays.

Grabbing a beverage or munching an edible during the holiday may have replaced the annual walk with your cousin. It might lower the tensions that come with some family gatherings and even boost the munchies so that you can avoid insulting Granny by not eating that second piece of pie.

Ultimately, the cannabis industry, which has seen declining sales in some markets, must’ve been pleased to see customers pouring in on Wednesday. Let the holidays begin! And let’s keep that tradition of walking with your cousin — just bring them a gummy instead.

This article originally appeared on Green Market Report and has been reposted with permission. 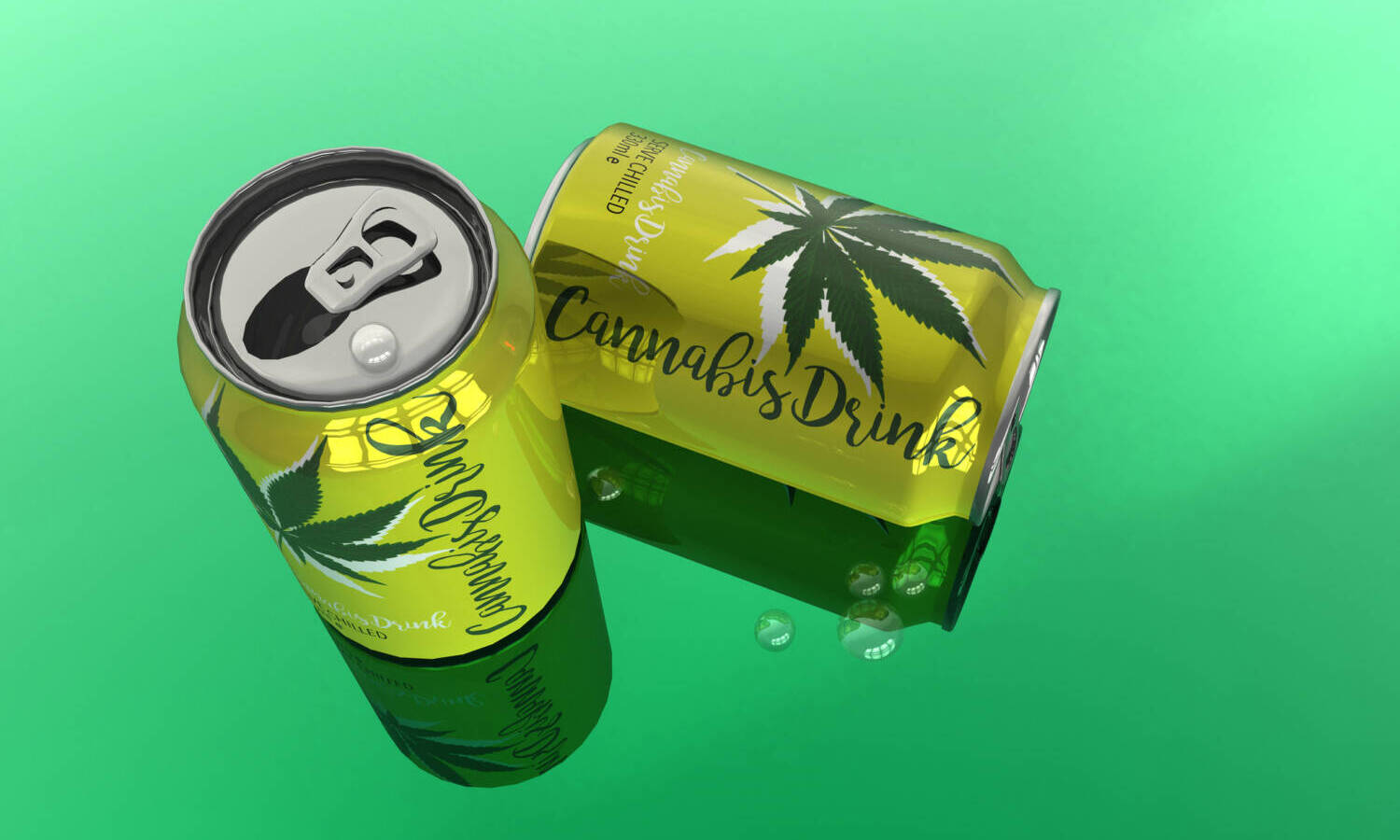 Cannabis beverages have come a long way in a very short time. Technology and science has made it possible to emulsify THC and help these beverages hit the bloodstream quicker, getting the drinker high almost as quick as a joint, and hours faster than a gummy.

At the same time, there is even growing interest from major alcohol brands, with companies like Pabst Blue Ribbon dipping into the cannabis beverage market with their High Seltzer.

So with all these great things working in its favor, why haven’t cannabis beverages caught on in a more mainstream way as of yet?

The first reason is not so shocking — cannabis in all its forms is still illegal on a federal level. With a federal prohibition still in play, it means there is all sorts of red tape to navigate. States have different laws when it comes to edibles and cannabis beverages. You also can’t transport cannabis over state lines like you can with beer or any other canned beverage. This poses all sorts of logistical issues, and all of these hurdles add up. And according to CNBC,  “This keeps many companies from growing in a significant way, which has led to some pulling back on their efforts in the market and others giving up completely.”

There is also the convenience factor to consider, and when it comes to discretion and convenience, edibles win or beverages every time. “One reason for this is the category dominance of candy edibles, particularly gummies, which have an advantage over beverages because they offer convenience and portability, two factors that are top product choice influencers according to BDSA Consumer Insights,” BDSA’s chief commercial officer Jessica Lukas told Beverage Industry.

She then added another reason, which has less to do with consumer interest, and more to do with cost. “Another reason is that cannabis beverages present more logistical issues to distributors and retailers, as most beverage products are more costly to transport and store at retail than smaller and lighter edible form factors,” Lukas continued. Cannabis beverages are heavy and bulkier than almost any other type of weed product. This makes them more expensive to ship.

The size and volume of cannabis beverages can lead to other challenges in addition to shipping costs. There is also the struggle of finding space on the often-small retail portion of a dispensary to showcase the products to consider.

RELATED: Drinking THC: What To Know Before You Try

Also, each can takes up significantly more space than an entire pack of gummies. Some states don’t even allow the beverages to be showcased at dispensaries, and if they do, the odds of a dispensary giving up much of their limited real estate for this still-small portion of the market is pretty unrealistic.

While getting the cans on shelves and in the hands of new customers is definitely a challenge currently, many are optimistic that this is a temporary issue, sort of like a growing pain. “It’s so hard to get your elbow in the door, but if you have a product that has repeat purchase or loyalty, within two to three months, the retailer gets it,” Luke Anderson, co-founder of cannabis drink brand CANN, told Bloomberg.

After all, while cannabis beverages have had a slow start, the market has big goals, and even bigger backers.

As cannabis lounges start to open and more mainstream brands launch their twist on a cannabis beverage, it’s hard to see this trend going anywhere but up. “There have been multiple false starts for anointing beverages the next big thing,”  Travis Tharp, CEO of Keep Brands, told CNBC. “But I think we’ve gotten to a point where we are showing that the year over year growth is something that is substantial.”