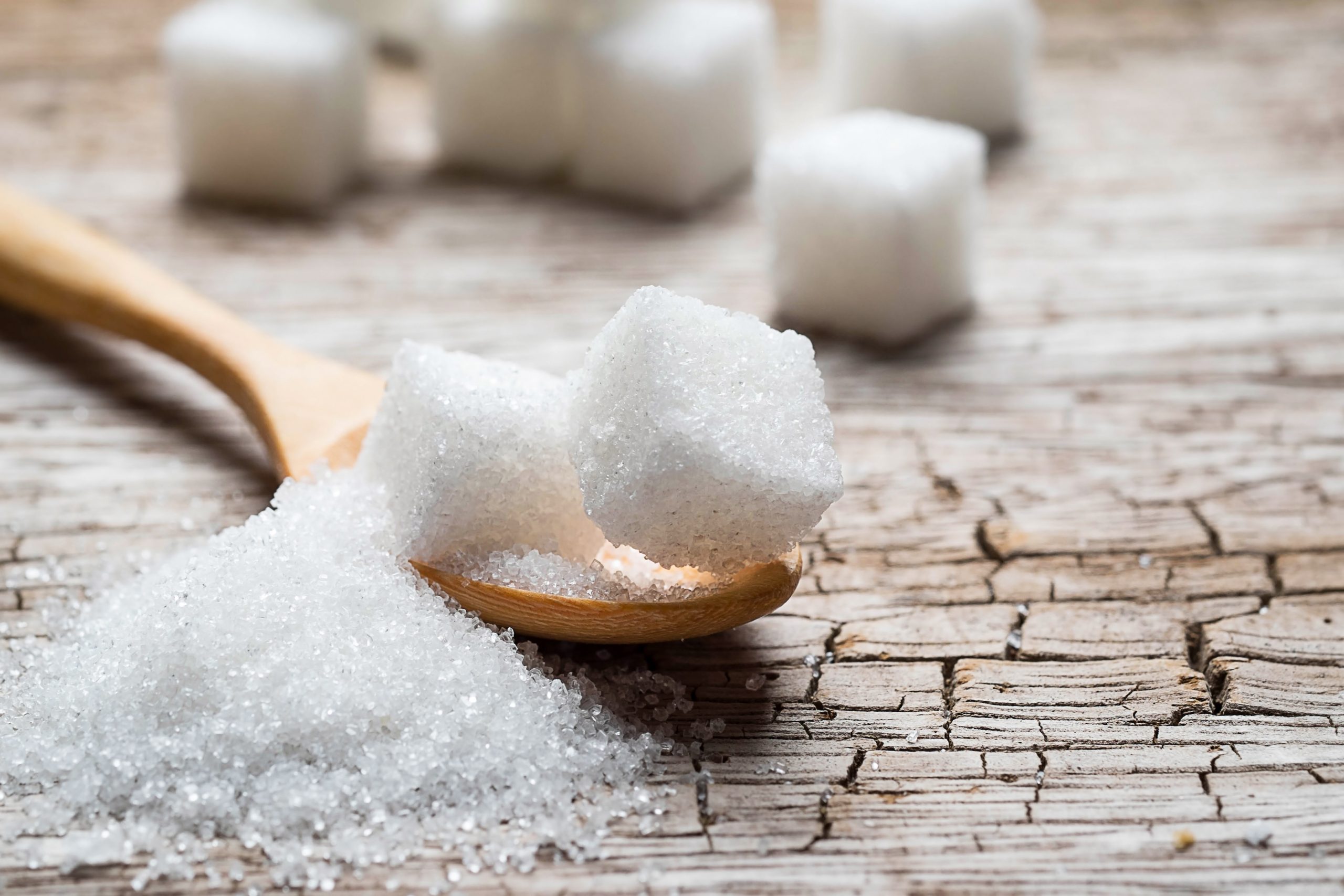 There are many myths surrounding recreational highs. However, there are probably just as many truths. One person’s individual experience can soon spread and become gospel – drug scripture that everyone abides by. This is useful if the original case is based on fact, but very problematic if it’s not. Take the war on drugs, for example, it successfully mixed lies with truths to change opinion on drugs forever. Well, using sugar as a way to help stop a high is one of those stories.

Does it work or does it not? The belief is that sugary drinks or sweets can help end a cannabis sesh quicker, as well as also a hallucinogenic trip. I’ve used this method myself from time to time. Let’s see what truths or lies sit beneath.

To stay current on everything important happening in the industry, subscribe to The Cannadelics Weekly Newsletter. Also, it’ll get you premium access to deals on cannabis flowers, vapes, edibles, and much more! We’ve also got standout offers on cannabinoids, like HHC-O, Delta 8, Delta 9 THC, Delta-10 THC, THCO, THCV, THCP & HHC, which won’t kill your bank account. Head over to our “Best-of” lists to get these deals, and remember to enjoy responsibly!

It’s hard to ever know the truths surrounding drugs, especially when each person will have their own individual experiences. A simple example of this is that some people enjoy letting go and feeling far from their usual selves, whereas others would find that their own version of hell. This means then that already, before we’ve even discussed the science behind it, people will have different opinions. This is especially prevalent as many substances are dictated by how you’re feeling before you take them.

Alcohol, for instance, can easily turn someone violent or sad if they were feeling unhappy before consuming it. Another example is ecstasy – if someone is nervous about taking it then every little sweaty moment or increased heart rate may easily trigger their anxieties. That is why set and setting are so important when talking about all substances, despite the fact that they’re usually referred to when discussing psychedelics. Set is short for ‘mindset’, meaning that your feelings beforehand will dictate how your trip goes. ‘Setting’ is self-explanatory, meaning that where you are who you’re with will also affect the positives or negatives of your experience. BDP writes:

The reason people believe the set and setting theory to be true is that many agree with its sentiment. Many have experienced bad trips and many have experienced good trips, which they believe was dictated by their set and setting. But does this make the theory true? Or is it just another one of those word-of-mouth nuances that can assist people when they need it? It’s hard to prove these sorts of things, but what about the more exact scientific theories? Those ones that are surely easier to prove. Like, for example, whether sugar does help to quicken the ending of unpleasant highs.

The reason why many people believe that sugar helps to end highs early is because it’s what you’re told to do when you’re feeling unpleasant. When I first told my father that I had smoked a joint – I was about 15 and I’d literally barely had a puff – he sat me down and told me that if I ever threw a whitey and felt awful, that I should drink a diet coke to feel better. When I asked him why, he said, ‘because it will raise your blood sugar and stop you from feeling so bad’.

I didn’t really understand it at first, especially as when you feel that awful you can barely bring yourself to eat or drink anything. But nonetheless I took it as gospel and used the theory many times whenever my friends found themselves ‘overdosing’ on cannabis. As you’ll probably know, when you’re growing up and experimenting with drugs, this kind of thing happens a lot. I’d pull out a can of the finest cornershop diet coke I could buy and help my intoxicated mate sip it down, feeling like I’d saved their evening. But in reality, had I actually done anything? Well, Way of Leaf writes:

“When you smoke cannabis your blood sugar drops, convincing your body that it is hungry. This response is how our body reacts on a day to day basis in order to keep us nourished and not starving (imagine if our body never knew that it needed food?). When your blood sugar drops your body is screaming for more energy so it craves a meal. While this alone won’t dampen your blissfully high feelings, consuming foods with high sugar content can – which is often the type of food that those with the munchies reach for.”

As you can see, when you consume cannabis your blood sugar drops, meaning that your body does require energy. Oddly enough, the munchies are almost the other side of the same coin. When you’re experiencing a pleasant high, it’s likely that your body will start craving sweet and carb-filled foods, but when you digest them it will be a far more pleasurable feeling than if you’re sipping a coke whilst experiencing a whitey moment. Nonetheless, the same thing happens. The high slowly subsides. Or does it? The answer seems to be yes. The cannabinoids within cannabis, mainly THC, have blood sugar lowering qualities. Anything that counteracts this will, in turn, reduce the effects of the THC – the main psychoactive element of weed. This means that digesting sugar whilst high will speed up the process of ending your high.

Cannabis isn’t the only drug that sugar can supposedly reduce the effects of. Psychedelic drugs like acid and magic mushrooms are also, theoretically, conquered by sugary drinks and sweets. When I was travelling in Amsterdam and purchased some magic truffles I was told exactly this. Magic truffles are legal in the Netherlands and have much the same level of potency as psilocybin magic mushrooms, except they are picked from underground, in their infancy. When I bought a box of the strongest truffles in Amsterdam I was told by the shopkeeper – as well as by the packaging itself – that eating or drinking sugar would help quicken the end of the trip. But does this actually work? Does psilocybin, like cannabis, also lower your blood pressure? On a blog called Shroomery, one user denies this sentiment, saying:

“Actually I don’t believe sugar kills a trip.I like to eat sweets during the come on and it never has affected any of my trips to a noticeable degree. Also the aztecs ate the mushrooms with honey. And chocolate even is a weak MAOI according to Terence McKenna Land. It could still work as a placebo however: when you strongly believe it will help kill the trip it might just work to some degree”

So is digesting sugar to stop a trip just a placebo? Now, in some cases, placebos can be as effective as actual remedies. But the issue with placebos is that once you know the scientific truth, they no longer work. So, the question is, is there no proof that sugar genuinely does affect a hallucinogenic trip? There’s a product known as ‘trip stopper’, which contains the glucose dextrose that can supposedly neutralise the trip. The product description says:

“Minimizes the bad trip effects. The valerian helps you relax, which will decrease the effects and helps the dextrose to neutralize the psilocybin effects. Use if the trip you are in takes less pleasant turns, take the 2 Dextro tablets in your mouth and let it dissolve slowly. The dextrose helps to neutralize the trip effects. Then take the 4 Valerian capsules and take them with a large glass of water.”

Of course it is possible that these products are simply taking advantage of a social belief based on a placebo. But, then again, if sugar doesn’t affect a trip in any way, then why do so many people believe that it does? Perhaps there is some truth in it, or alternatively the only way to find out is to try it for yourself.

It has been known that sugar can help to reduce the effects of cannabis highs and psychedelic trips. This theory has been passed down generations and is often given as advice to new users of recreational substances. With cannabis, it seems that there is some truth behind it. THC lowers blood sugar, which is then counteracted when sugar is digested. However, what about psychedelics? According to magic truffles packaging and certain products, It seems that sugars and sweeteners can neutralize the effects of psilocybin. However, there doesn’t seem to be enough actual evidence to back this up, excerpt for word of mouth. But what do you think?

Welcome all! Thanks for dropping by Cannadelics.com, a top offering for comprehensive news covering the burgeoning cannabis and psychedelics industries. Stop by daily for a dose of news on these dynamically changing fields, and sign up for The Cannadelics Weekly Newsletter, so you’re up on everything important going on.

Top 5 Reasons Its Insane That Plants Are Illegal

How To Get Your Medical Marijuana Card In California

Marijuana Vacation Rentals Remain Niche But Are Catching On

Webinar: How To Fund A Cannabis License