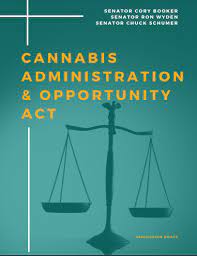 Massachusetts Rakes It In With Cannabis Taxes, More Than Alcohol 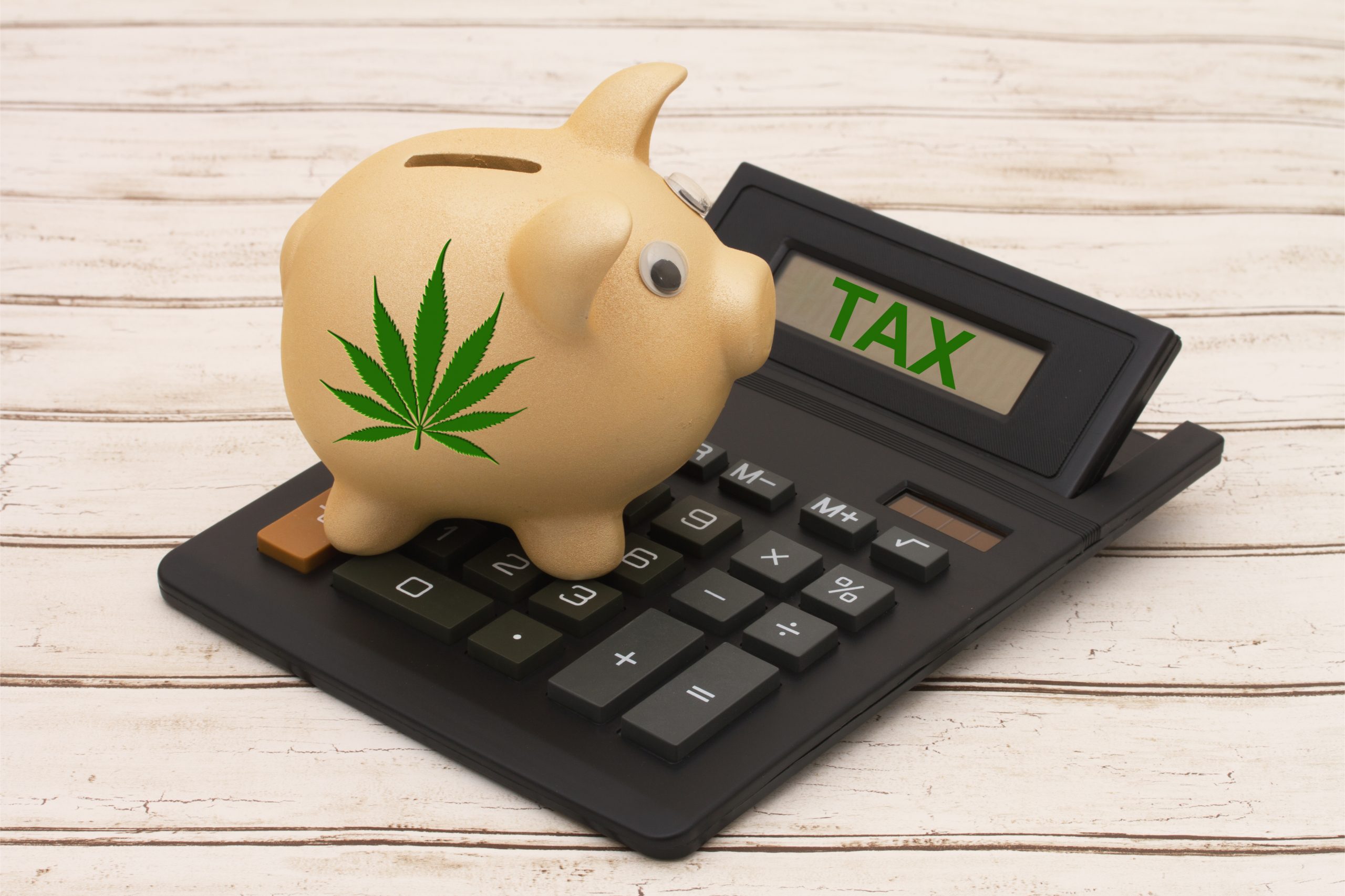 When cannabis markets started opening, one of the more consistent factors in legislation was the advent of very large taxes, and in many forms. From excise taxes to local taxes to sales taxes to THC taxes, states with legal policies are going crazy to bring in as much tax money as possible, no matter how much it raises the price. Now, recent reports point to how Massachusetts just brought in more cannabis taxes than alcohol taxes, not because cannabis is more popular, but because it’s taxed higher.

Massachusetts just brought in way more money from cannabis taxes than it did for alcohol taxes. Does this make sense, or does it show a failing of the legal cannabis industry? We cover all of it, and are excited to provide you with the best news possible. Sign up for THC Weekly Newsletter for the most important stories going on, and take advantage of exclusive deals on flowers, vapes, edibles, and much, much more! Additionally, we offer great savings for cannabinoids, like HHC-O, Delta 8, Delta 9 THC, Delta-10 THC, THCO, THCV, THCP & HHC. Check out our “Best-of” lists to find them!

There are a bunch of different ways to tax a product, and different markets are obliged to carry out certain taxes for their own specific products. When we buy something in a store, we see the sales tax applied in America, but this is just one of many taxes that might be factored into the overall price of the product, in this case cannabis. Cannabis taxes fall into the following groups:

Sales tax: This is the one we’re most familiar with because we watch it being applied to the product in question when we get to the cashier. This tax is imposed by the government at the point of sale, and amounts to a specific percentage of the price of the product being bought. This rate can be different between states and locations.

Excise tax – This tax is put on specific goods. These taxes get absorbed into the sales price and are paid most of the time between a manufacturer and vendor, though it factors into the overall cost of the item. An excise sales tax is an excise tax that gets collected at sale like a sales tax. A ‘sin tax’ is an excise tax specifically imposed on goods that are thought to be harmful or dangerous to society. Sin taxes are higher than standard taxes for this reason.

Cultivation tax – This tax applies to all the cannabis that’s cultivated for either recreational or medical purposes. Much like an excise tax, its absorbed into the final price, with the amount paid at the time of transfer to a distributor from a manufacturer.

THC taxes – These are taxes designed to add more to the price depending on the amount of THC in the product. These taxes vary not just on the THC content, but on the type of product. There can be different tax amounts for standard products vs infused products, generally with a THC cutoff above which the tax rate increases.

Some locations mix it up a bit, like Alaska, which charges taxes in dollar amounts, rather than percentages, and these taxes get paid by growers. These taxes are flat rates for specific products: flowers, immature flowers, trim, and clones, and this operates as a sort of excise and sales tax for the state.

For anyone concerned, no need to worry! People aren’t suddenly drinking less, and they’re likely not smoking more. But they are buying products in legal dispensaries. Massachusetts dispensaries have brought in $2.54 billion in revenue from the recreational market alone since the market opened in 2018. Excise taxes specifically have brought in $112 million from the recreational market in 2021, with a total of $208 million in total tax revenue brought in last fiscal year from cannabis.

In terms of all recreational states, the total revenue from the start of regulated markets back in 2014, has topped $10 billion in tax revenue.

So how were these incredibly high numbers already achieved, when the alcohol industry isn’t bringing in that much? Because the cannabis industry is taxed at a much higher rate than the alcohol industry. The tax in question is the excise tax, that pesky tax between manufacturers and vendors which customers never see added on. And in this case, we’re talking about sin taxes. Exorbitantly high taxes for items deemed dangerous by the government.

Commission Executive Director Shawn Collins pat his agency on the back, saying “This number also underscores the entire agency’s tireless efforts, particularly those of our hardworking staff, to thoughtfully regulate a safe, accessible, and effective adult-use marketplace that keeps critical tenets of our mission—public health, public safety, and equity, among others—front of mind.”

What about alcohol and cigarettes?

Alcohol and cigarettes are different because they are both taxed by the federal government, as well as state and local governments. Cannabis is only taxed in state and local governments since it has no federal legalization. Alcohol has a myriad of taxes put on it by the federal government, depending on the type of alcohol, and the amount produced. It should be mentioned that taxes increase steeply after a certain amount of production. For example, the $2.70 per hard liquor gallon rate of 2020, increased to $13.34 after the first 100,000, gallons then to $13.50 for anything above 22,230,000 gallons.

For distilled spirits, excise taxes can range at the federal level from $2.70-$13.50/gallon, which depends on how much the producer produces. Then the product has another $4.05/gallon excise tax added on by the state of Massachusetts, as well as the sales tax of 6.25%, also mentioned above, and possibly other local taxes.

Cigarettes are similar. As of March 15th, 2021, cigarette taxes between states varied, with a range anywhere between $0.37 per pack to $4.50 per pack. These rates have risen quickly in the last few years. The last federal increase was way back in 2009, when the federal cigarette tax went to $1.01 per pack, an increase of $0.62 from $0.39. This was done via the Children’s Health Insurance Program Reauthorization Act of 2009, and has not been touched since that time.

So, if you’re buying a pack of cigarettes in Massachusetts, the price includes $3.51 in state excise taxes for a 20-cigarette pack, $1.01 in federal taxes, plus the 6.25% sales tax. Other local taxes could be added in as well. If the pack of cigarettes starts at a cost of $6, it’ll actually cost 6+$0.38 (sales tax)+$3.51(state excise tax)+$1.01(federal excise tax)=$11.20, nearly double the price. This means nearly half that cost is taxes alone. Of course cigarettes, like alcohol, are actually very bad for health, so the idea of making them harder to get, makes way more sense than with a plant with tons of medical values.

To make it all more insane, vape products, the healthier option to cigarettes, which don’t kill 480,000 people a year, have an excise tax of 75% added in Massachusetts, as well as a 210% excise tax for smokeless tobacco products.

Truth is, while it looks like a lot of money, and it is, it might be coming at the cost of the industry altogether. While the apparent line was that this $112 million in excise taxes collected was 206% higher than projected, this means either, a positive spin on lower than expected general sales, or that the state already factored in the always present, and not really shrinking, black market.

How big it is in Massachusetts? By November 2020 it was already being written about that the high cost of Massachusetts dispensaries, was driving away clientele. According to cannabis analytics firm BDSA, via CommonWealth Magazine, 68% of cannabis users were still buying from the black market in Massachusetts in 2020, two years after dispensaries started opening. To be fair, I can find no original report by BDSA, only different sources referencing the CommonWealth article, so how that number was established is unknown. But it does make sense.

California has had such issues battling the black market that the industry had a bailout approved in the state. And in literally every legal market there are complaints of not being able to compete adequately with the black market. Let’s be honest, it’s a few years in, and the black market is still bigger, even in Massachusetts.

Maybe that’s okay. Maybe the legal industry will keep on growing. But there’s also the chance that the over-eagerness to overtax will lead to what’s going on in California. Massive overproduction, leading to massive price drops. And less taxes collected.

So sure, it’s great that Massachusetts thinks its okay to add on as much as 20% in taxes. And yes, it does bring in decent revenue for now. But when the novelty wears off, there’ll still be a guy on the corner selling weed for way less, and he’ll have all the same stuff you can get in a dispensary.

More important than that though, is this pervasive idea that cannabis needs to be treated more harshly than something like alcohol. These taxes get in the way of people being able to afford the product, meaning they’re sin taxes, like the tax on alcohol and cigarettes, meant for products that are considered harmful or dangerous to society. And Massachusetts has no problem overcharging people for…a plant. Realistically, if it continues, it won’t mean more and more sales, it’ll just mean death to the legal market, and a return to the black market. Or better yet, people just growing it for themselves.

Hello and welcome! Thanks for dropping by CBDtesters.co, the #1 internet spot for the most thought-provoking and interesting cannabis and psychedelics-related news going on today. Join us frequently to remain informed on the constantly-in-motion landscape of legal drugs and industrial hemp, and remember to subscribe to The THC Weekly Newsletter, to ensure you’re always first to get the news.

Disclaimer: Hi, I’m a researcher and writer. I’m not a doctor, lawyer, or businessperson. All information in my articles is sourced and referenced, and all opinions stated are mine. I am not giving anyone advice, and though I am more than happy to discuss topics, should someone have a further question or concern, they should seek guidance from a relevant professional.