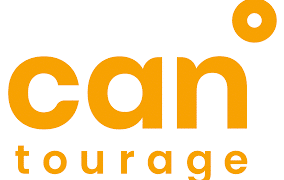 It marks the latest in a string of significant developments over the past year for the young company, which aims to add GMP (Good Manufacturing Practice) and GDP (Good Distribution Practice) licences to its list of accolades over the next few months.

With fresh funding now secured, a new R&D project with Lisbon University in the works and swift progress being made across a number of other projects, Atann’s CEO Edward Duffy tells BusinessCann that his company can now focus on ‘realising its mission statement’.

“We’re now financially secured, and it allows us to focus on offering much needed contract manufacturing services for cultivators which is why we started this business.”

Portugal is fast becoming a key location for European cannabis, seeing companies like Akanda, Somai Pharmaceuticals and Tilray make significant investments in the region to take advantage of its ideal growing conditions, favourable regulatory environment and proximity to other key European markets.

Despite this, as Mr Duffy explained to BusinessCann last year, a small portion of the country’s nearly 100 cultivators are growing product which meet GACP specifications due to their inability to access good genetics, meaning they are forced to sell their crops as biomass or dispose of it altogether.

This summer, Atann successfully secured its first GACP licence under its subsidiary Galaxiavertical SA, authorising it to begin addressing this issue by selling premium cannabis clones to local licenced cultivators.

Galaxiavertical recently launched into a partnership agreement with the Canadian tissue culture supplier SEGRA, allowing its nursery team to maintain a healthy mother stock and guarantee the supply of superior quality, disease free genetics to the local domestic and EU cultivation industry.

Its nursery is currently able to produce 9000 clones and 6000 mature cultivars per month, but has the capacity to triple this footprint as its operations grow.

This could soon be necessary, with Atann reportedly already having supplied its first batch of mature plants to a local cultivator as part of a trial for a ‘far larger’ supply agreement scheduled for March 2023 due to see the Galaxiavertical team reach close to full capacity during the pre-summer plantation window. It added that a ‘strong and steady’ increase in clone sales are forecast for the next six months.

Furthermore, Atann says that it has now commissioned an inhouse laboratory for indicative testing for Portuguese cultivators, who ‘have very limited options available to them to get analytical testing done’.

This will offer cultivators a one day turnaround on test results at a cheaper price than its current competitors, which will screen for common viruses like Hop Latent Viroid, Lettuce Chlorosis Virus and Cannabis Cryptic Virus. In early January, the lab will offer screening for mould, mildew and moisture content.

“We’re strong believers that cultivation has to be data driven. If cultivation isn’t data driven, you’re running blind. Your yield and your potency will be affected, but if it’s identified early that can change everything.”

Over the next nine months, Atann also expects to complete the inspections for both its GDP and GMP licences, allowing for the expansion of its operations well beyond selling clones.

Atann’s core team has a combined experience in the pharmaceutical and medical cannabis industries, and together have successfully attained eight GACP and GMP licences across different continents.

The group says that construction of its GDP warehouse has now been finalised, with its licence inspection due before the end of the year. This inspection will also include the licensing of its cryogenic freezing and temperature-controlled storage services, understood to be the only such service available in Portugal.

Once attained, Atann will not only be able to carry out distribution and warehousing services for its clients, but through its flash-freezing service will be able to process up to two-tons of product per day, store it in large freezers, then undergo extraction in Atann’s in-house facility.

This extraction operation will occur under its second subsidiary, Lompostran, which is scheduled to receive its GMP inspection for phase 1 of its 900sq metre manufacturing space for dry flower processing services in Q2 next year.

According to the company, an area of just over 110sq  metres will be dedicated to API extraction and purification services, which will utilise an in-house solventless extraction method.

Mr Duffy explained: “Our in-house extraction design omits the use of harmful chemicals which can extract cannabinoids and the acid derivatives from wet, dry or flash frozen cannabis biomass.

“Equipped with in-line sensors to monitor the critical process parameters through the BMS, the fully automated controls avoid human intervention and significantly lowers processing cost. The in-house design of the semi-automated extractor and mild processing conditions allows Atann’s to produce a true full spectrum oil of up to 800 litres per batch.”

Though its extraction facility is not expected to be fully operational until Q4 next year, Atann says it has raised enough funds through both a grant application with Compete EU 2020 and additional private investment to cover the completion of its GMP facility and ‘operational expenditure for the first two years’.

“I suppose there’s a feeling that the pressure is off us now that we’ve attained EU funding. We’ve got private investment which will cover us to finish construction, get the GMP licence, and the first two years of operations. Now we can focus on getting these services to clients,” Mr Duffy added.

“There’s an exciting new R&D collaboration with Lisbon universities that we’ve started. We mainly want to focus on creating novel formulations for medicines and that’s what the projects are going to be based around. We’ve signed up a couple of universities and we’re kick-starting that project in 2023.” 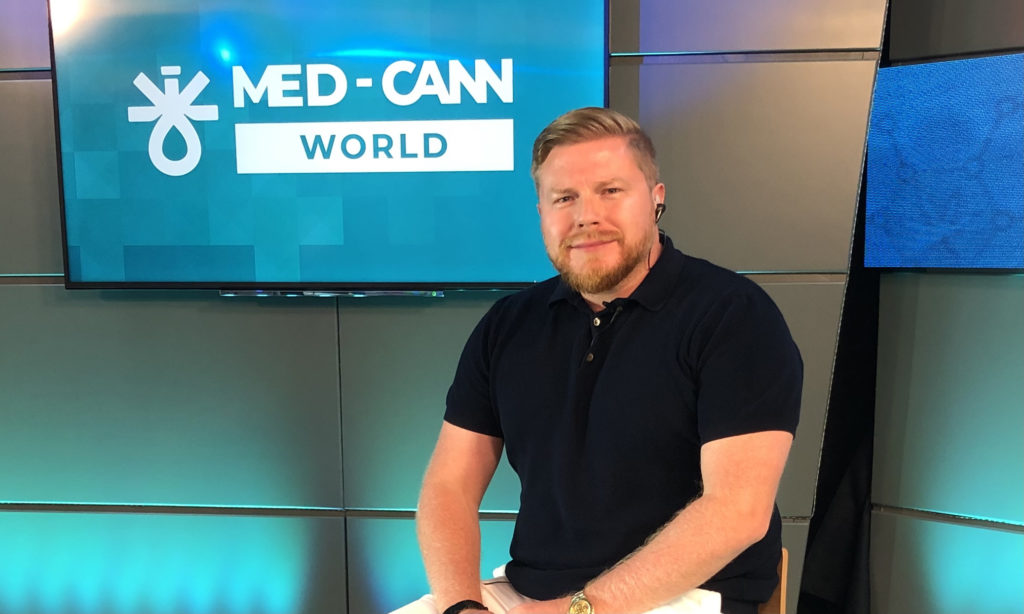 IN an historic move, UzCanna Ltd, a subsidiary of Maltese-based Melabis, has become the first company in modern times to legally import cannabis seed into Uzbekistan.

The firm set-up in 2018 by UK entrepreneur Damon Booth, is importing over four million EU-certified, low-THC Fedora Auto, industrial, feminized CBD hemp seeds after working with the government of the landlocked Central Asian country to facilitate the move.

The $33m investment, over five years, will also see UzCanna build a state-of-the-art 25,000sq ft greenhouse to create a seedbank with the objective of growing out another eight to 10 million seeds.

Planting of the initial batch of seeds – supplied by Ventura seeds – on around 500 fully-secured hectares (1,235 acres) will begin inApril 2023 at UzCanna’s farm in the Sardoba district of Sirdaryo region in central Uzbekistan, with additional land earmarked for cultivation as the seedbank comes online.

Booth says buyers are already in place for the first crop, with each plant expected to offer an abundant CBD biomass yield of between an eighth and a quarter kilogram.

Included in the list of certified hemp varieties for the cultivation of legal industrial hemp in both the US and EU, Fedora Autoseeds are a full-sun auto flower strain with THC levels below 0.2% but which can deliver CBD up to 12%.

It will help place UzCanna among the most keenly-priced players in the market as it looks to bring products to consumers at a fairer cost, with Booth expecting the CBD biomass to sell into Europe at unrivalled price points.

Speaking to BusinessCann from Istanbul, Booth said: “This puts us ahead of the game in Uzbekistan, where we are currently the only firm operating in this field. This is an incredibly exciting but at the same time nerve-racking move for us. This is a massive project; The biggest and only project of its kind in Central Asia.

“Seasonally we will be employing up to 200 farmers a year – through to trying to change a country’s outlook, but we are confident this is the right move.

“The benefits for Uzbekistan, both economically and environmentally, will potentially be huge as we gradually increase our growing footprint year-on-year, look to develop our own finished products, and in two or three years’ time widen our reach further into Central Asia.”

Melabis has the potential to plant almost 3,000 hectares (7,400 acre) – a footprint equivalent to that of a small city – with the aim of doubling its agricultural footprint every year until it is at full capacity.

Production growth will be determined by the amount of seed the enterprise can produce, however.

“It has taken a lot of work to get to this point, but the fact that a conservative country like Uzbekistan has changed its laws to allow cannabis cultivation and now the import of seed, shows the rest of the world what they could be doing,” he said.

Work on building the cultivation greenhouse is expected to start at the end of January 2023 and will take around six weeks to complete. It will sit alongside a dry milling facility, stack racks, and a testing laboratory.

UzCanna’s move into Uzbekistan has been driven by the climate, low operating costs and the fact the country is on a pro-business boom.

It brings the legal farming of cannabis back to a region that has a long historical association with the plant. The area covered by present day Uzbekistan is believed by many experts to be where the cannabis indica originated and where the cultivation of hemp began.

It is legal for cannabis plants to be cultivated for state enterprises and for scientific purposes, as long as the right licence is obtained from the authorities. And in March 2020 Uzbekistan’s authorities, made it legal to grow industrial hemp with a THC level lower than 0.2% as long as growers have a licence from the government. 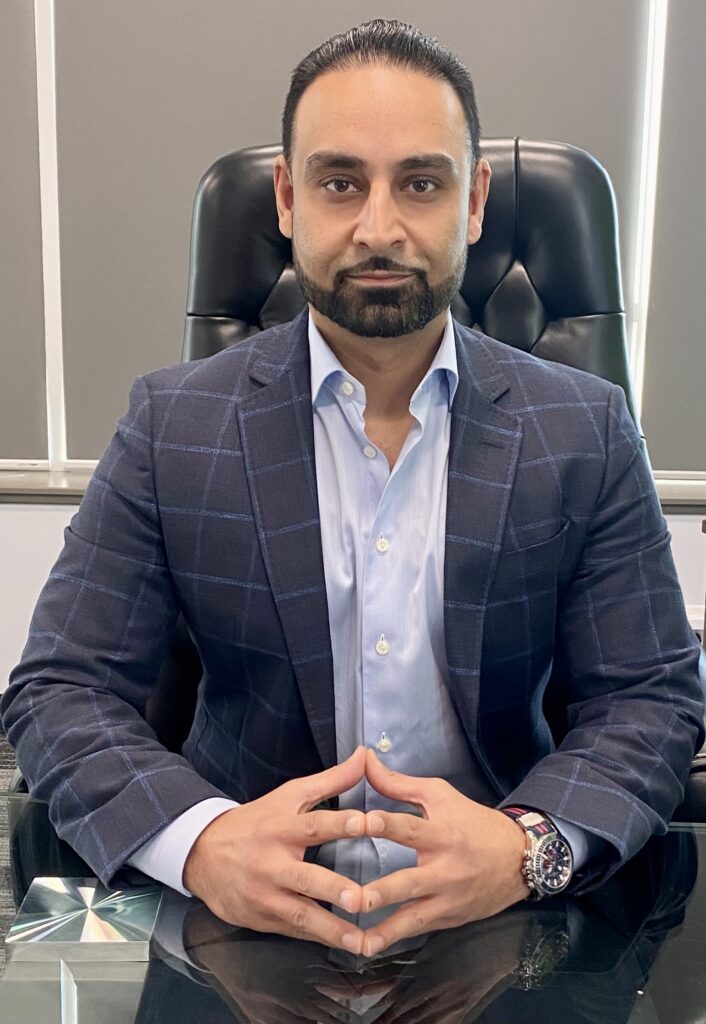 “Our intention is to establish a brick and mortar High Street footprint in Germany as soon as federal legalisation takes place. Our aim is to be in there ASAP and to become one of the market leaders.

“We are the largest non-franchised retailers with 140 locations in Canada and we are keeping a very keen eye on German legislation. We are very excited to be able to bring our retail store Canna Cabana concept to Germany,” said Mr Grover in an interview with BusinessCann.

With further details of the nature of Germany’s adult-use legislation due over the coming weeks High Tide is one of a number of North American players hatching plans for what will be the world’s largest cannabis market – see below.

Mr Grover says it is exploring two potential paths through which to fulfil its ambitions.

“We will either do it 100% by ourselves or form a partnership with a strategic cannabis player in Germany as a joint venture.”

In respect to the latter option, and, after attending the recent ICBC conference in Berlin, Mr Grover says it is in discussions with at least a ‘dozen potential partners’ with three to four of these ‘already in the retail space’.

He added: “We have talked to many major stakeholders, in a variety of fields from retail, cultivation, R&D to strategy and capital. There is lots of interest from German companies wanting to work with us.

“We have no interest in pursuing the medical cannabis path. Our aim is to establish a bricks and mortar footprint and we are waiting for further details on what the rules will be.

He went on to say that it understands that Germany is going to allow international market participants.

Well-known German cannabis lawyer Kai-Friedrich Niermann who co-authored a paper in 2021 on German cannabis legalisation with Burkhard Blienert, the Federal Government Commissioner for Addiction and Drugs – who is drafting its cannabis laws – believes there will be few restrictions governing the establishing of High Street stores.

He told BusinessCann that two of the three Traffic-light Coalition partners – the Greens and the SPD – are taking a ‘liberal approach’ to licensing.

“In all likelihood, there will be no caps, so that cannabis retail stores are likely to be licensed in sufficient numbers, even in the inner cities,” he said.