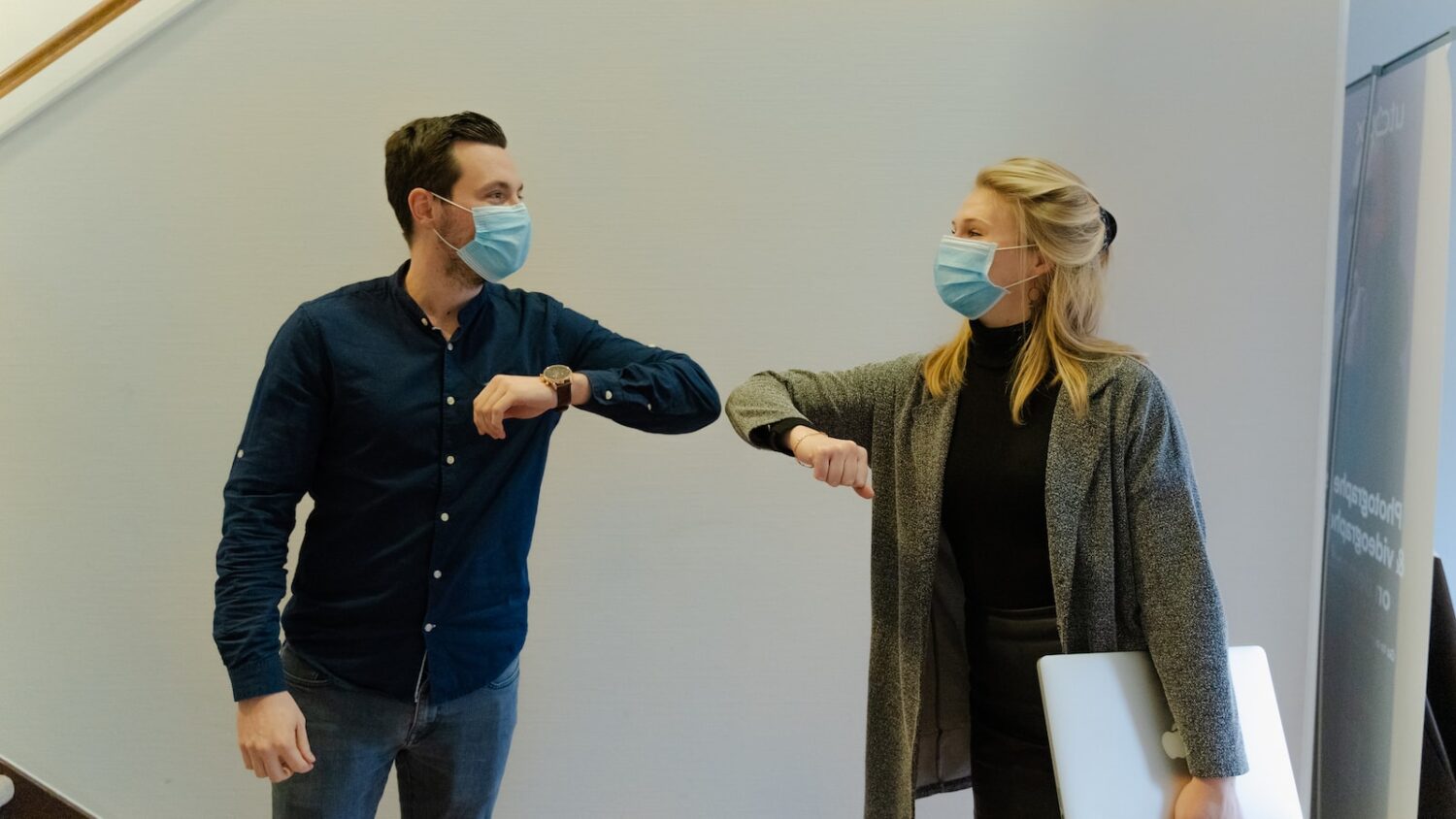 Experts believe climate change makes it more likely for viruses like COVID and monkeypox to spread and infect more people.

There are currently two viruses affecting large amounts of people all over the world. This year saw the rise of monkeypox, with about 67,000 cases worldwide. 2020 saw the rise of the COVID pandemic, which continues to affect people despite the fact that there’s a vaccine and multiple boosters out.

Climate change might make this phenomenon even more common in the years to come. NPR provided a breakdown of climate change and its impact on these types of viruses, explaining why the two are linked together.

COVID and monkeypox are both zoonotic diseases, which means that they spread between humans and animals. Climate change, which affects animals’ habitats and is linked with human migration, means that humans and animals will likely be forced into the same spaces, facilitating the transmission of different diseases.

RELATED: Can You Get The COVID-19 Booster And Flu Shot At The Same Time?

“Elements such as deforestation, population growth, and animal breeding have removed the boundaries between where humans and wild animals live, bringing them into closer contact,” explains NPR.

As animals and humans are more exposed to each other, pathogens start to change and mutate, with odds of them being easier to spread from one to the other. “Depending on the particular germ, when it has an opportunity to do this multiple times, the germ adapts to the new species,” said Dr. Carl Fichtenbaum, vice chairperson for clinical research.

Globalization makes matters worse. Nowadays, people are traveling to novel places and more often, meaning that any disease that spreads in one country could spread to another in a matter of days.

Still, despite the great technological advancements that exist and the awareness of these diseases, it’s very difficult for experts to predict incoming pandemics and viruses. While scientists may research diseases and their odds of spreading and becoming the next pandemic, it’s almost impossible to predict which disease and which region is at risk.

RELATED: Monkeypox Cases Are On The Rise — Here’s Who Can Get A Vaccine

It’s difficult to warn people about these dangers and to make governments take a stronger stance, especially when they know what’s at risk. Researchers believe including diseases and health risks and the cost of these in public policy might help people take climate change more seriously, and take some meaningful action. 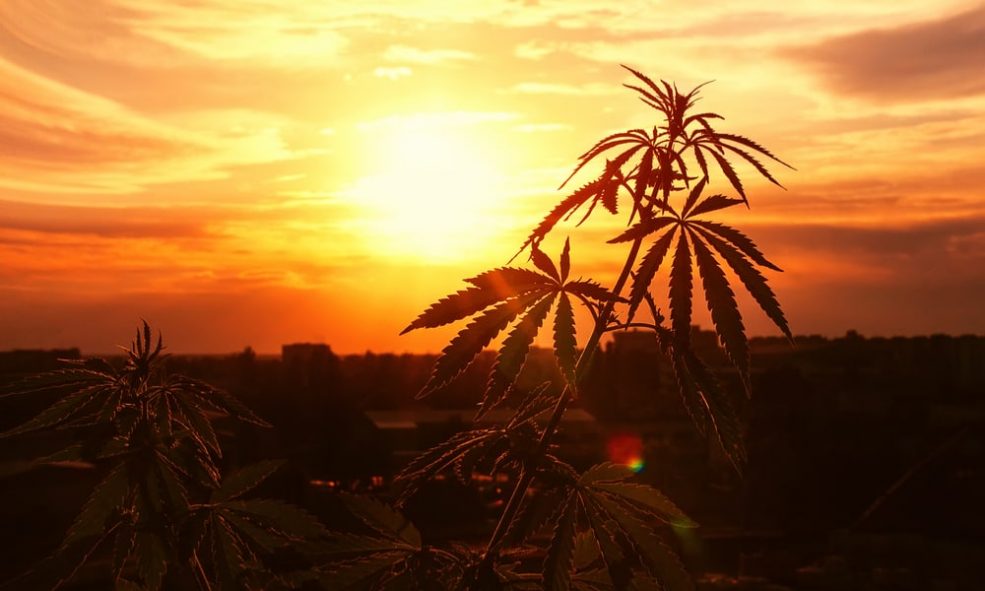 Politicians in the Netherlands are stealing Dutch farmland under the guise of an environmental emergency. This has many on the other side of the Atlantic wondering: what about cannabis & climate change legislation?

Cannabis cultivation isn’t exactly carbon-neutral. Depending on where and how you’re growing it, a cannabis farmer may use up to 22 litres of water per plant daily. According to researchers, that’s three billion litres per square kilometre for the traditional growing season, June to October.

And that’s just water use. What about other pollution issues? The Dutch farmers’ protest is a result of politicians and bureaucrats aligning more with the values of the Davos elite than with voters. So it’s only a matter of time until the same draconian legislation reaches Canada and the United States.

All in the name of combating climate change. Just as losing our mobility rights is all part of fighting the flu.

So what about cannabis and climate change legislation? BC Bud is already diminished in Canada since Trudeau never welcomed them into his legalization scam. But what about the small-time growers of Colorado or California?

The World Economic Forum (WEF) wants agriculture concentrated in the hands of a corporate-state elite. How will cannabis cultivation play into this?

William Vizuete is an associate professor at the University of North Carolina. He’s been working on an air quality model to understand better how commercial cannabis cultivation impacts the environment.

So far, much environmental criticism of the cannabis industry has stemmed from its illegal status. Farmers don’t necessarily care about their plant’s externalities when they don’t own the surrounding land.

“If plants produce VOCs, there is a high possibility that under certain conditions, cannabis cultivation could impact the ozone,” Vizuete says.

You may have heard of VOCs under a different name: terpenes.

Terpenes are a naturally occurring compound found in cannabis plants. Terpenes help give cannabis its aroma and flavour. But when mixed with nitrogen oxide and sunlight, cannabis terpenes become an ozone-degrading aerosol.

Vizuete’s research focuses on high desert zones in Colorado, where there are little-to-no sources of VOCs. Since cannabis legalization, there’s been a regular source of VOCs.

The issue grows worse in Denver, also considered a high desert zone. Combining VOCs with nitrogen oxide from cars worsens the problem. High concentrations of VOCs are linked with liver damage and cancer.

For his research, Vizuete grew four strains of cannabis for 90 days and measured their terpenes as they grew. Extrapolating from this experiment, Vizuete concludes that cannabis cultivation more than doubles the current rate of annual VOC emissions. From 520 metric tons of ozone before Colorado legalized it to 2,100 metric tons post-legalization.

Vizuete says, “We picked four [cannabis] strains based on their popularity, and their VOC emissions might not be representative all of the strains. Additionally, in commercial facilities, where conditions are optimized for growth, emissions may be even higher.”

Dutch farmers are demonstrating against environmental tyranny by driving their tractors down highways, blocking roads with burning hay bales, and occupying food distribution centres, borders, and airports. And by spraying liquid manure all over government buildings.

Cannabis farmers may soon have to do the same.

For one, pollution is a private property violation. In the 18th and early 19th centuries, the courts used to recognize pollution as such. If a train left soot all over your crops, you could go to a judge and get an injunction on the railway.

But then politicians stepped in with legislation to protect the “public good.”

The result was industry developing without having to respect private property rights. Old drawings of Victorian London show a city suffocating in smog. Smoke stacks dominate the skyline. None of that would have been possible if legislatures respected property rights.

Of course, industry would have evolved slower. But business owners would have had to calculate their externalities into their profit-and-loss statements.

Two, cutting back on emissions this late in the game will only result in mass poverty and starvation. Suppose politicians were serious about combating climate change. In that case, they’d recognize fossil fuels’ role in transitioning to a “green economy” instead of trying to ban it.

Politicians are the Real Pollutants

Democratic politicians are the real pollutants. They’ll focus on the VOCs cannabis produces without recognizing the positive externalities of legalization. For example, when Oregon legalized, growers who had been illegally deforesting could now apply for a legal, above-the-board greenhouse. In other words, they didn’t have to cut down trees anymore to grow weed.

And if politicians had never prohibited cannabis from beginning with, these Oregon farmers never would have hidden their crop in a forest anyway.

Almost every single issue in society can be traced back to the consequences of relying on politicians to run civilization.

Society is concentrated action – billions of individuals acting by their ideas and values. Civilization is an emergent order that arises without any central leader or overarching plan.

It’s human nature to want to feel like we’re in control. So we concoct these ideas of electing leaders and passing laws to create the type of society we want to see.

But reality doesn’t work that way. And if the last century of cannabis prohibition and climate change legislation doesn’t convince you, nor does the Dutch farmers’ protest, then what will?