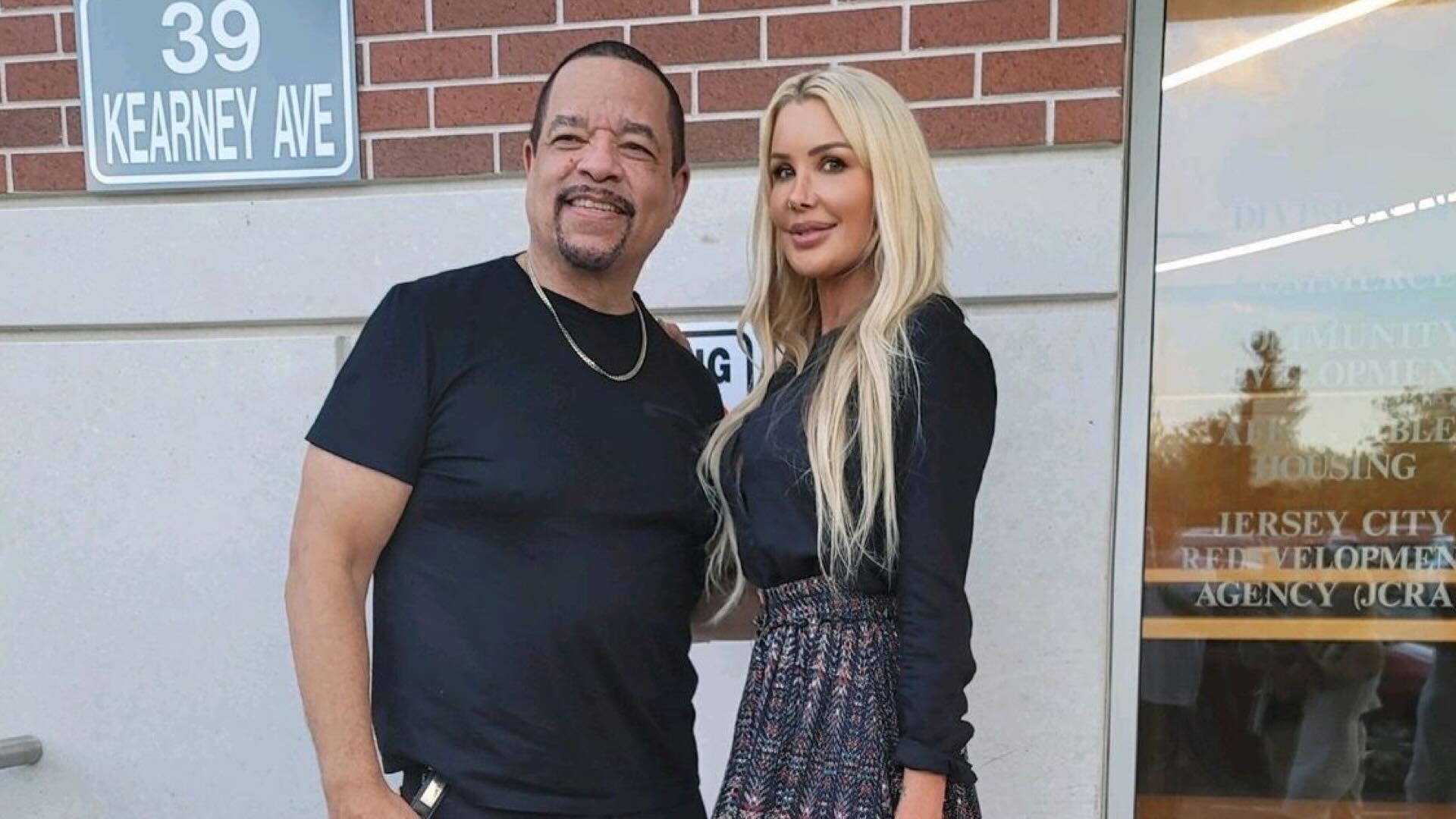 The rapper and actor will partner with a longtime friend to open the new cannabis retail shop a few short miles from New York City.

Ice T’s cold demeanor made him a pioneer of gangsta rap and a star TV cop. Now the New Jersey native’s blunt delivery has helped secure a license to open a cannabis dispensary in one of New Jersey’s most hotly contested markets.

Ice-T and his partner Charis Burrett have the green light to move forward with plans to open a 5,000 square foot Medicine Woman cannabis dispensary in Jersey City, which is just a few miles from downtown New York City. Burrett is a former Playboy model who also owns The Medicine Woman dispensary in Bellflower, CA. Ice-T said he and Burrett have been friends for over 25 years.

Their application for a conditional retail license was one of four approved by Jersey City’s cannabis board Monday. The other four dispensaries that are coming to Jersey City are Medusa NJ, Oceanfront Holdings and The Other Side Dispensary. The city planning board and state regulators must also give their approval before the new store can open its doors.

Ice-T, born Tracy Lauren Marrow, owns a property nearby in Edgewater, NJ. He told the board he chose Jersey City because, “There’s only one street there in Edgewater,” which he felt would hurt business. “I said ‘Let’s go to Jersey City, my neighbor,’ Ice-T remembers. “I’m here every night and going out, I love Jersey City.”

He was born in Newark and grew up in Summit, but found fame as a rapper on the West Coast. Ice eventually came back east to film episodes of Law & Order. Now he plans to use his pot platform to pave a way for minorities to enter the fast-growing industry.

Jersey City resident Lorenzo Richardson, who is a Board of Education member, was pleased with the location they chose for the dispensary.

Ice has said publicly he doesn’t use cannabis, but he doesn’t judge those who do. This classic scene of Ice getting stoned in Leprechaun in the Hood might be the closest he gets to the plant. But he couldn’t resist the chance to bring opportunities to communities and individuals most harmed by the failed War on Drugs through The Medicine Woman’s new location.

The woman behind The Medicine Woman

Ice-T said his partner Charis B is an authority on cannabis who will “ensure a premium experience for our customers and community.” Charis Burrett told officials that she wants to provide a safe location for people to purchase a variety products, including her own brand.

Burrett went to high school in New Jersey and has been in the cannabis industry since 2015. Her business started as a nonprofit delivery service. Now she intends to keep putting affordability and social equity first at the Jersey City location.

“We plan on hiring quite a large percentage of our employees from Jersey City” Burrett told local media Tuesday. “We plan on doing job fairs to find employees that are looking to be in the industry,” she added.

The newly approved dispensaries will have to meet strict social equity guidelines set by the city. Social equity measures will include partnerships with the Last Prisoner Project, and local Arts, Employment, Health, and Education programs.

To apply for job opportunities with The Medicine Woman, local residents should send their resumes to HR@themedwoman.com.

Dan Reagans is a veteran journalist now living in Los Angeles. The Harlem native has covered culture and media for over a decade.

Learning from Las Vegas: 5 lessons from 5 years of legal weed in Sin City 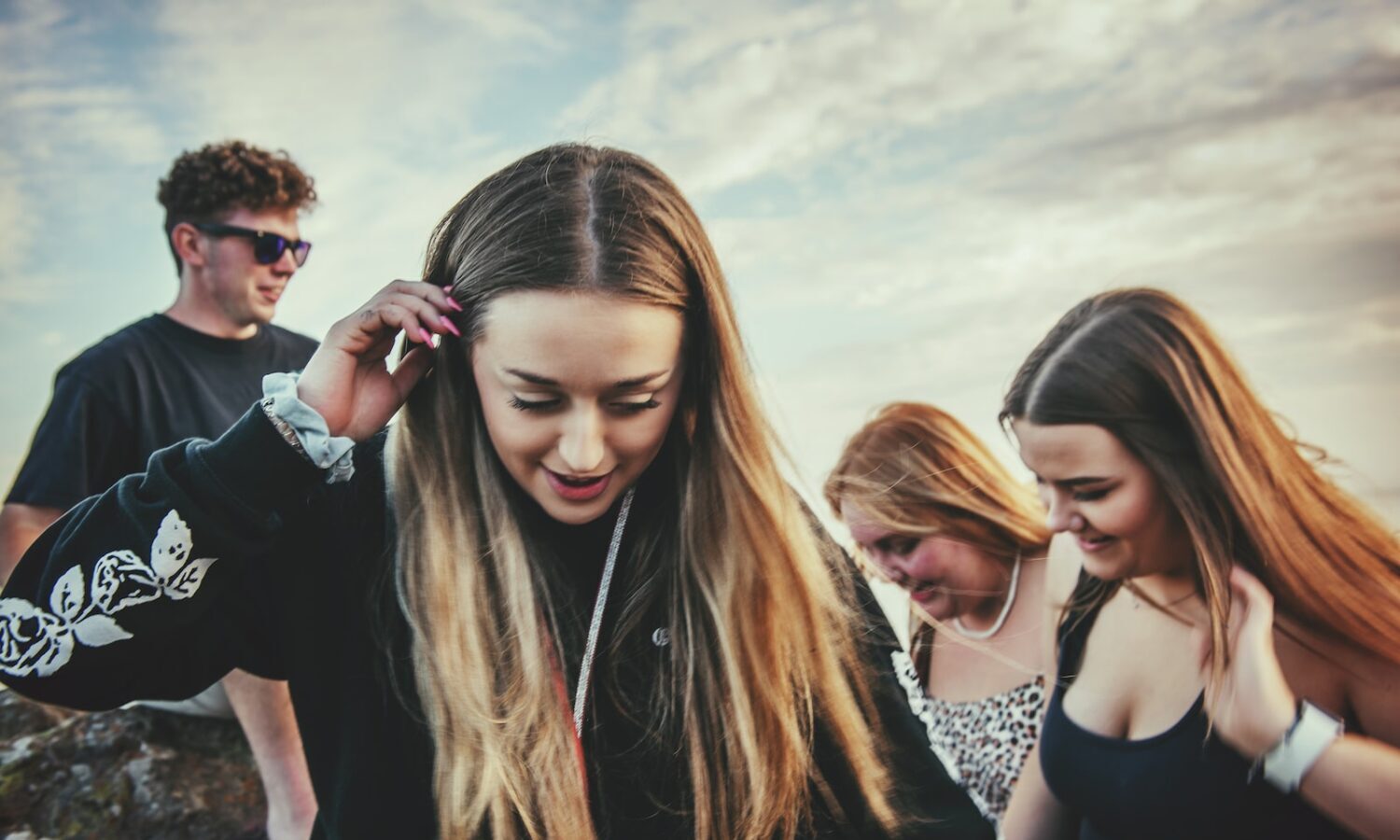 Here’s how to apply for a New York dispensary license 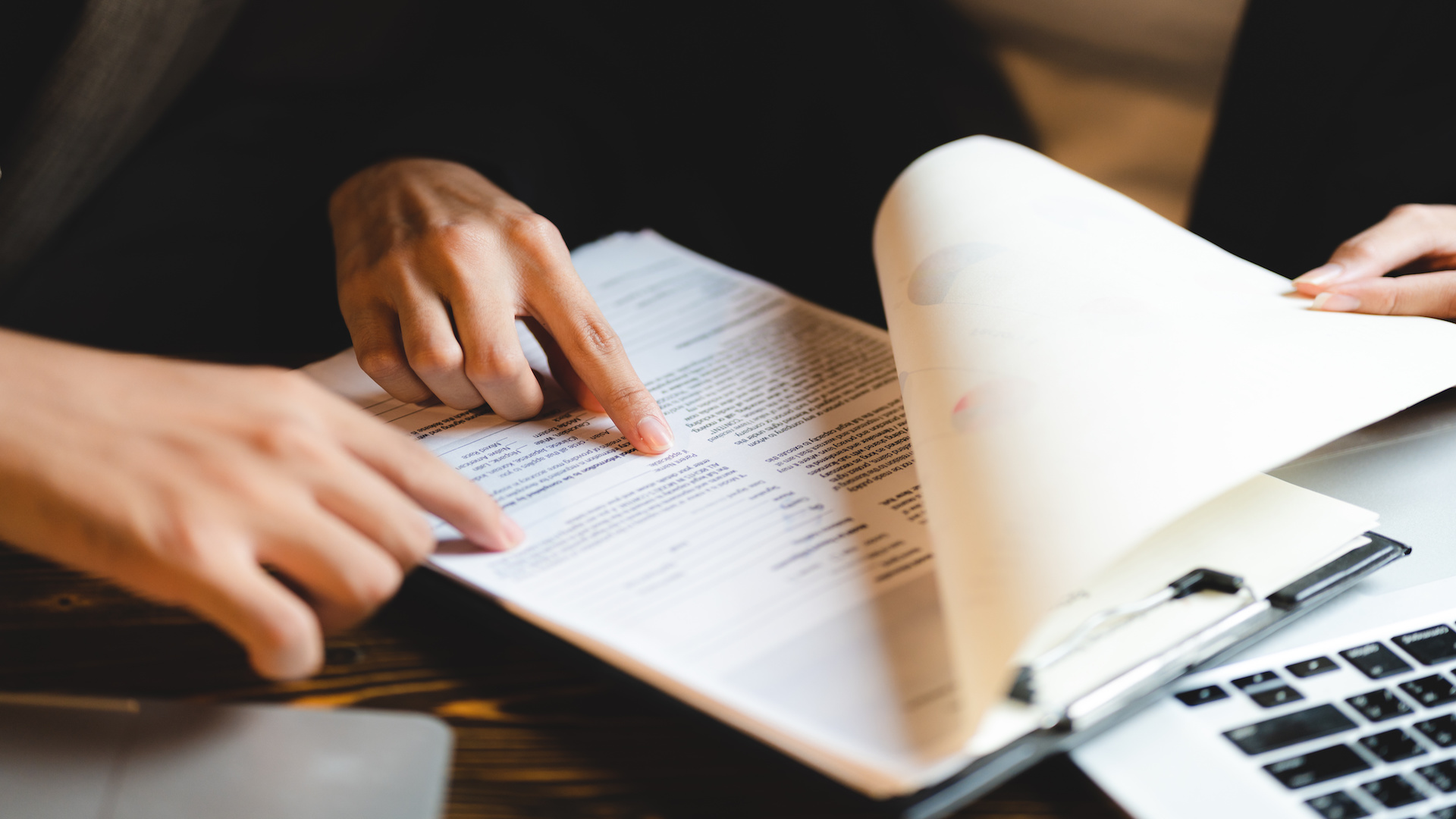 Residents and nonprofits with ties to the Drug War will receive priority access and support, according to the state cannabis board

On July 14, New York’s Office of Cannabis Management (OCM) approved the application form for the state’s first retail cannabis licenses. The cannabis board released a completed draft of the form for applicants to reference on the OCM’s website and social media.

The OCM’s 50-page mockup application is a study guide for New Yorkers who want to become dispensary owners. The application portal has not yet opened. Full eligibility regulations can be found here.

New York City Mayor Eric Adams’’ proposed a short-term $4.8 million social equity investment fund for outreach efforts and license application assistance. The outreach would target communities most affected by the War on Drugs, aiming to give them a leg up in the legal cannabis industry.

Some are projecting that The Empire State will start adult-use weed sales in late 2022 or early 2023. So now is the time for New Yorkers to stake their claim in the new green rush.

New York Mayor Comes Out Strong for Legalization With Equity

With state officials projecting $1.25 billion in revenue and tens of thousands of jobs created over the industry’s next six years, fair access to licenses has been a hot topic ever since former Gov. Andrew Cuomo’s signature legalized weed for all adults in March 2021. The OCM tweeted, “New York’s first dispensaries will be owned by those harmed by the over criminalization of cannabis.”

The cannabis board’s website also has a detailed guide for applying for retail, cultivation, and manufacturing licenses here.

More application resources are available on the OCM’s Licensing page and below.

How to apply for a Conditional Adult-Use Retail Dispensary License

The OCM says the license application opening date will be announced with no less than two weeks’ notice, and applicants will have at least 30 days to submit applications before a closing date is announced. The OCM will grant conditional licenses to select applicants who will have to renew their license within four years of receiving it.

New York state will prioritize this first round of licenses for justice-involved individuals convicted of nonviolent cannabis charges.

Eligibility requirements for applicants include:

The OCM also states that they will evaluate eligible applications on a myriad of factors. Factors include: If the justice-involved applicant was themself convicted, if they were a resident at the time of conviction, and the socioeconomic factors of that residential area.

Other factors include the size of the business, physical location, and any fees, fines, or violations brought by authorities.

Prospective applicants are encouraged to contact the OCM with questions and concerns.

This story will be updated as application details and deadlines are released by the OCM. 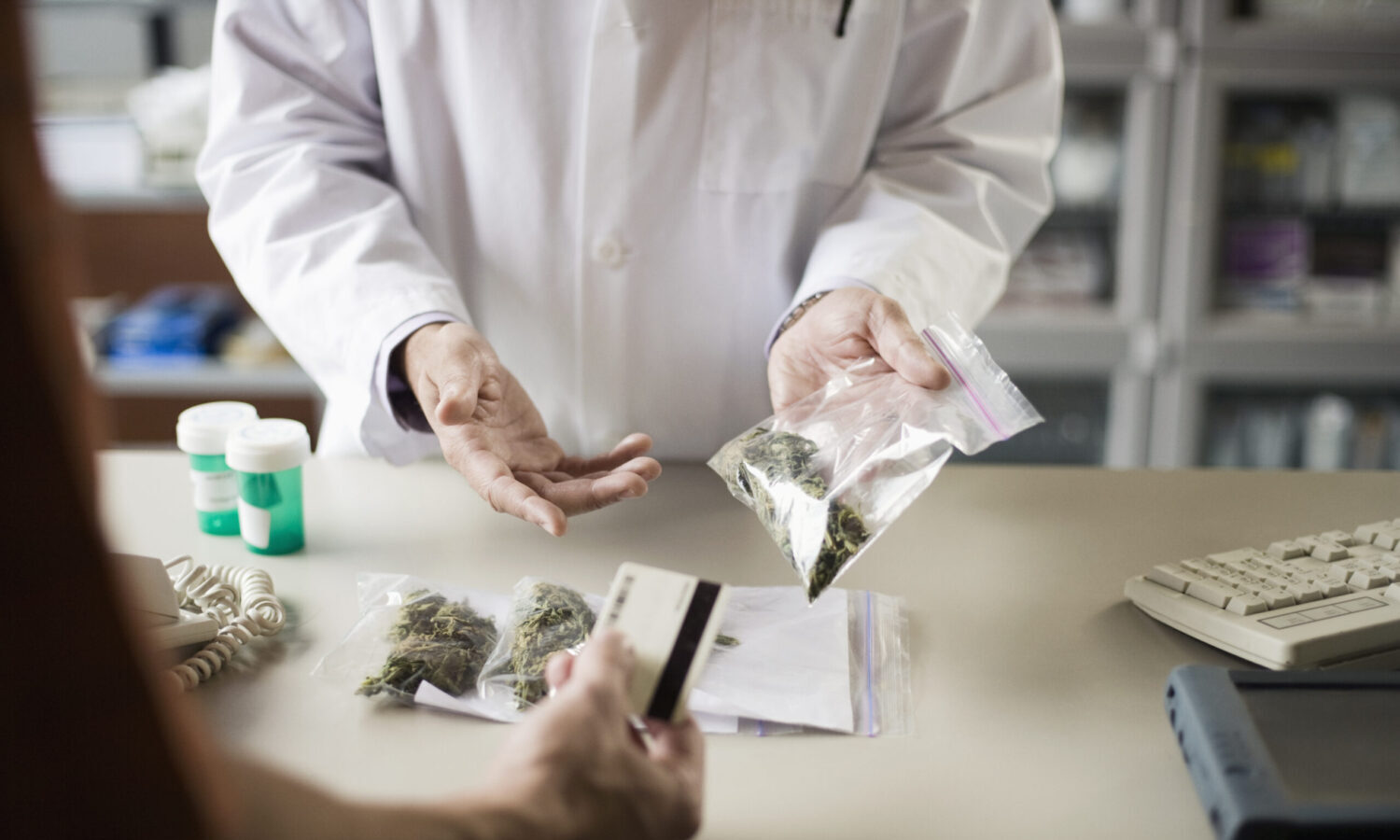 New Yorkers will be able to purchase legal recreational marijuana by the end of the year. The process has been long, with many ups and downs, but it appears as though the state has finally figured out how to create a new business that benefits those who’ve been affected by the War on Drugs. Here’s what you should know about New York’s legal market.

When can you shop?

Buying marijuana is still illegal, something that’s confusing for anyone living in New York and witnessing the number of retail shops that are around. Still, this is about to change, with the first recreational dispensaries expected to open by the end of the year.

Who gets a license?

The first licenses to be handed out will be the ones belonging to the conditional adult-use retail dispensary (CAURD) program. These are 150 licenses provided to “justice involved” applicants, who must also have experience owning and running a business. Applicants can submit their information by the end of August. You can read more details here.

What if you don’t qualify for a license just yet?

RELATED: Cannabis Packaging In New York Is About To Get A Grown-Up Makeover

More licenses are expected to come out soon, with different requirements for different businesses, which range from weed bars to regular dispensaries. This will all be revealed in the coming months, with applicants being only able to apply for one license at a time.

Is This Guy The Most Popular Cannabis Content Creator In The World?

These Are The Best Saltines, Ever!

3 Million Americans Grow Their Own Weed at Home

Weedweek investigation suggests that Stiizy has an illegal pipeline of products originating at the company’s licensed Los Angeles factory….