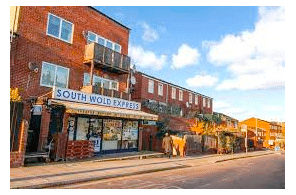 The Guardian reports this terrible story..

A man died after a fire in a cannabis factory on New Year’s Eve in east London.

Police said a manslaughter investigation is under way and are appealing for information after the fatal incident at a lock-up garage on Southwold Road in Clapton.

Ermal Quose, 35, who was an Albanian national and had no known address in the UK, was taken to hospital and died on Sunday. His family has been informed.

The Met were called to the scene by London fire brigade at about 4.10pm on 31 December.

Police said a 33-year-old man was arrested that day on suspicion of false imprisonment and cannabis cultivation and has been released under investigation.

A second man, aged 26, was arrested on Friday [7 January] on suspicion of manslaughter, false imprisonment and cannabis cultivation. He remains in custody.

Detectives are appealing for information from the public as they investigate the circumstances of Quose’s death.

UK… The Israelis & The Yanks Are Coming 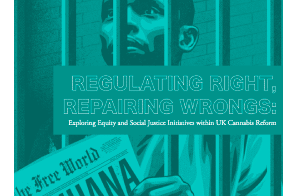 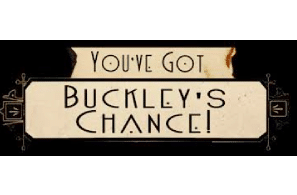 THE Member of Parliament sponsoring the Medical Cannabis Access Bill in the House of Commons today has acknowledged it is set to fail due to lack of political support.

On December 10, last year, the bill, which aimed to open prescribing to thousands or UK patients was ‘talked-out’ by the ruling Conservative Party MPs.

While it is on the list of Private Members Bills to be heard at today’s parliamentary session there is almost zero chance it will proceed.

In an email exchange with a senior aide to Jeff Smith, the Labour MP for Manchester Wythenshawe, BusinessCann was told: “It almost definitely won’t receive any further parliamentary time or be able to progress any further.

“Unfortunately the Government was not forthcoming with any proposals that they’d be able to support, and we were not able to convince them to support the ones outlined in Jeff’s Bill.”

As BusinessCann reported in December Mr Smith’s initial attempt to open up access to medical cannabis was ‘talked out’ after five hours of debate, with the Government adhering to its position that the existing legislation is sufficient.

The primary sticking block on the Government benches is the need for evidence of cannabis efficacy and, to this end, it is urging drug manufacturers to put forward their cannabis medicines for clinical trials.

However, backers of medical cannabis say it is not suited the clinical trial process as the plant has over one hundred compounds and many patients benefit from the whole-plant, entourage effect.

BusinessCann asked the Department of Health and Social Care for some further details on these trials, which are not in the public domain, and we are still awaiting a response, over two months later. 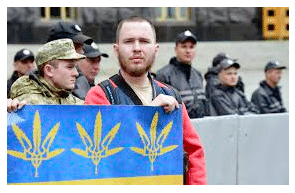 “The government’s draft law on the legalization of medicinal cannabis has already been published for discussion. (…) This document will be registered. It will go to our committee. I hope that the members of the committee will support it,” said Mykhailo Radutskyi, in an interview with the multimedia platform Ukrinform. He is a deputy of the Servant of the People parliamentary faction and a member of the Verkhovna Rada Committee on Public Health, Medical Aid and Medical Insurance.

During the interview, Mykhailo pointed out that the government bill differs from a draft law previously proposed by the committee members and sent for revision, in particular in that the Ukrainian National Police’s control over the circulation of cannabis would be strengthened. In addition, the wording of the document initiated by the Cabinet of Ministers defines medical cannabis much more clearly. Likewise, the options for importing it would be defined more clearly. If the legislation were passed, around two million people in Ukraine would now have the opportunity to use medical cannabis for their diseases, the politician stressed.

Contrary to many rumors circulating in the country, neither the law submitted for revision nor the new government’s draft law is an attempt to legalize drugs, according to Radutskyi. Apparently there are fears in this regard among opponents and in the population. But not a single word of this was mentioned in the drafts. Only medical cannabis is part of the content of the legislative proposals. For this reason too, he hopes that the proposal will be accepted by the Verkhovna Rada in 2020.

Ukraine has a long history with hemp. The former Ukrainian Soviet Socialist Republic was one of the largest hemp producers. Even before 1950, 150,000 hectares of land were intended for the cultivation of the versatile plants. But its use as an intoxicant was not particularly widespread there. Rather, the plants were used for the production of raw materials such as oil and fibers.

Cannabis vs. COVID: What the research is showing | CBC Radio

New York Will Generate Over $1B In Marijuana Taxes, Government Officials Predict

CBD Capsules: What You Should Know

A Guide for Novice Cannabis Users