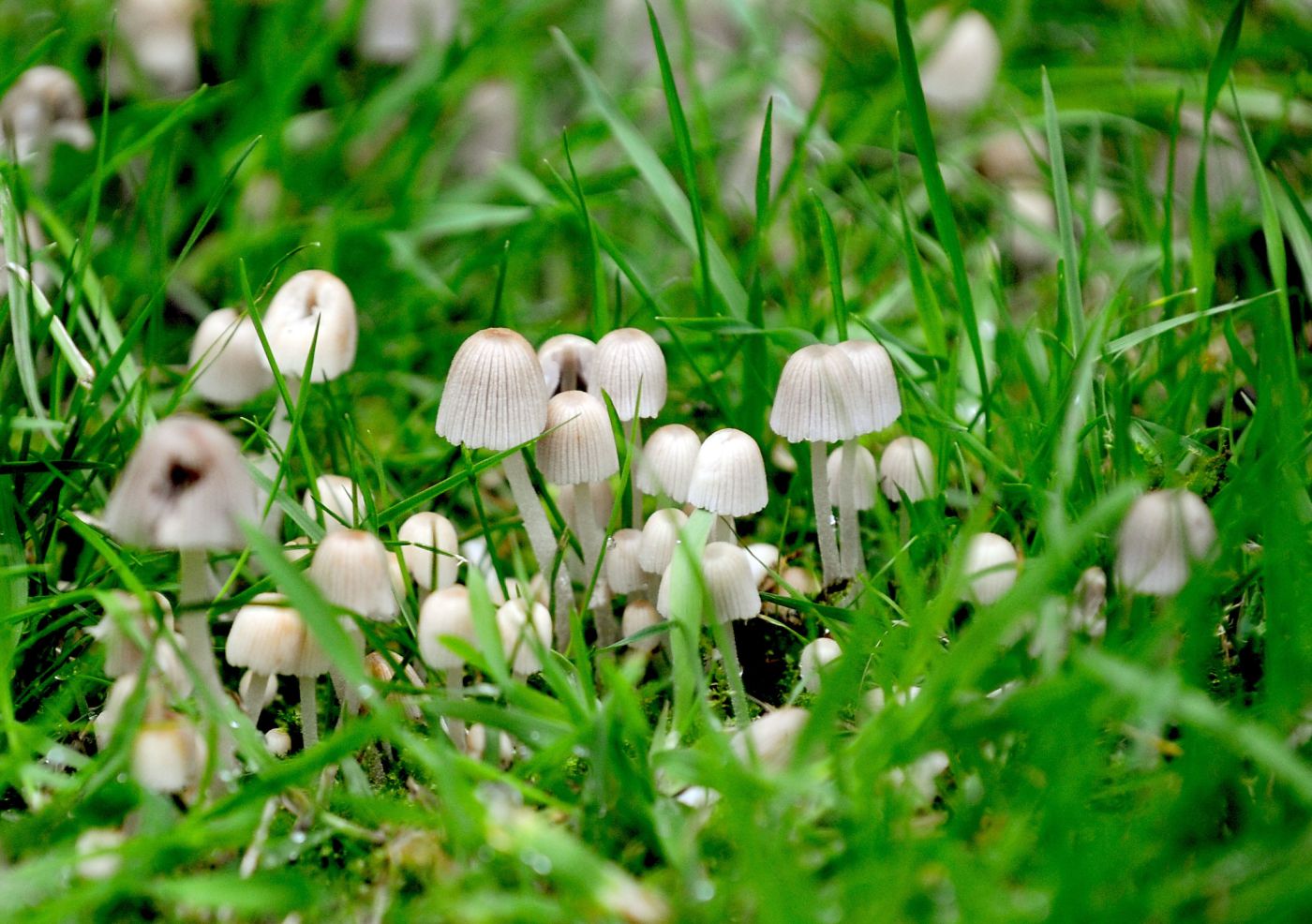 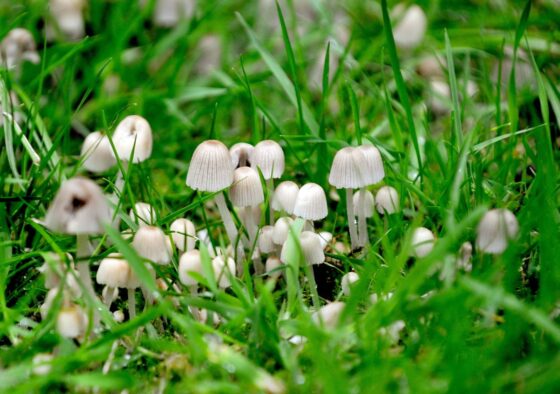 First it was marijuana decriminalization. Could psychedelic mushrooms and other plants be next in Massachusetts?

Two bills have been filed at the State House to end arrests for psilocybin mushrooms, ayahuasca, mescaline and ibogaine in the Bay State. This push for decriminalization at the state level comes after some cities, including Somerville and Cambridge, voted to decriminalize psychedelic mushrooms and other entheogenic plants.

The sale of psychedelic mushrooms would still not be allowed under this legislation. 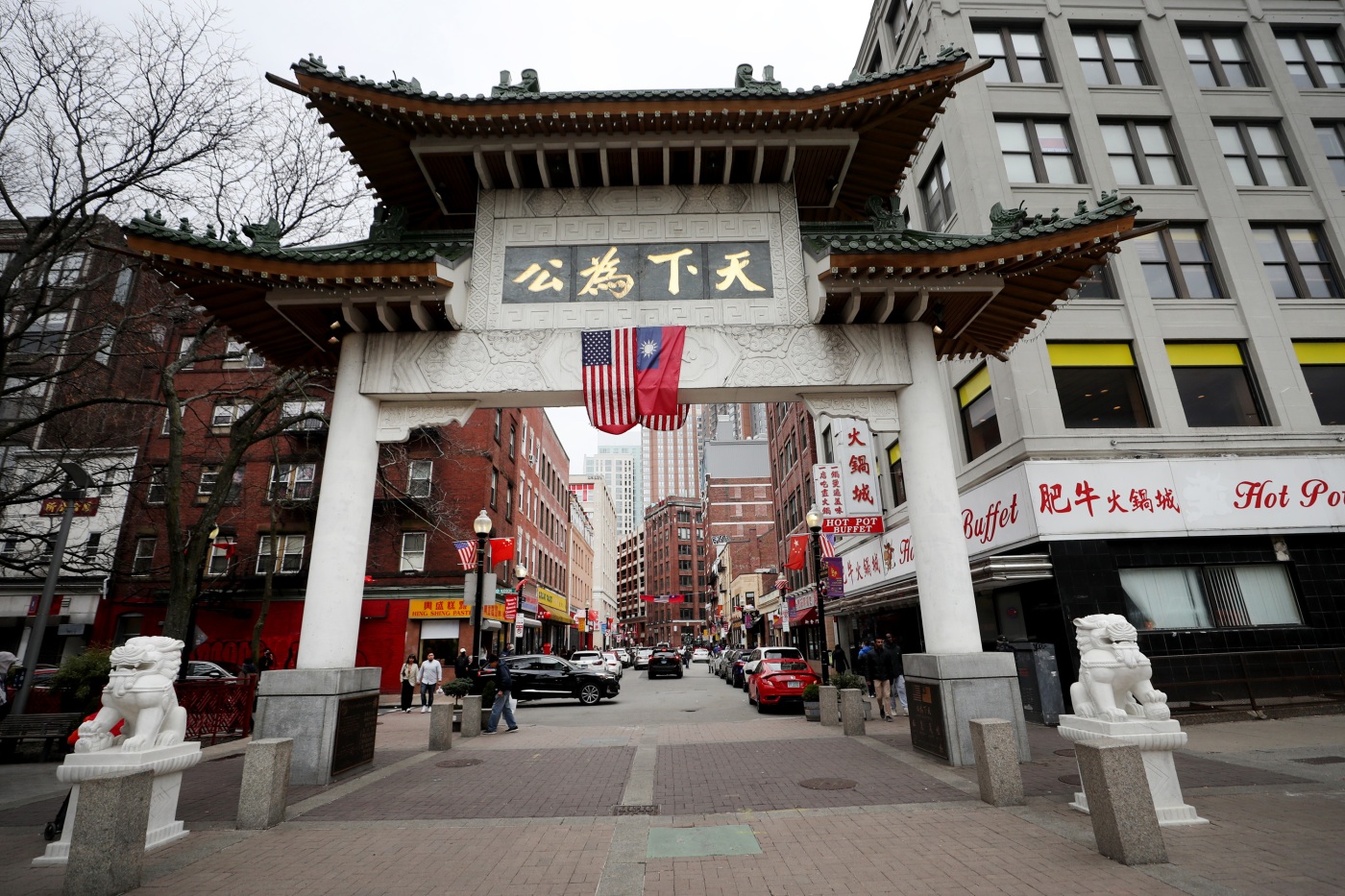 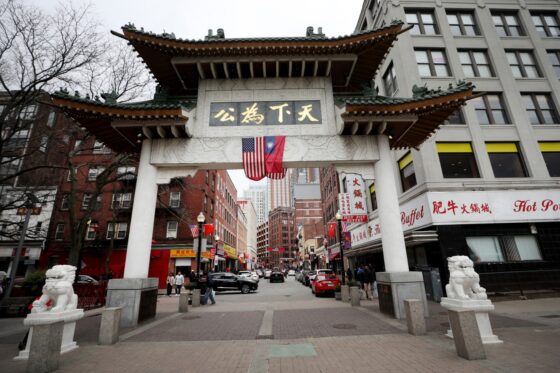 At least one restaurant in Boston’s Chinatown had a scandalous secret menu, according to a recent federal indictment — a multi-state money laundering operation.

A federal grand jury in Boston indicted eight alleged members of the conspiracy that the feds — which investigated it under the moniker “Operation Good Fortune” — say funneled tens of millions of dollars in drug money and more in a gift card fraud scheme.

“Drug trafficking and money laundering go hand in hand,” said Joseph Bonavolonta, the special agent in charge of the FBI’s Boston office, “and this crew is accused of using their family-owned restaurant in Chinatown as a front for an elaborate, international money laundering scheme and money transmitting business in which they conducted tens of millions of dollars in off the books transactions to circumvent our country’s laws, and hide the source of their income.” 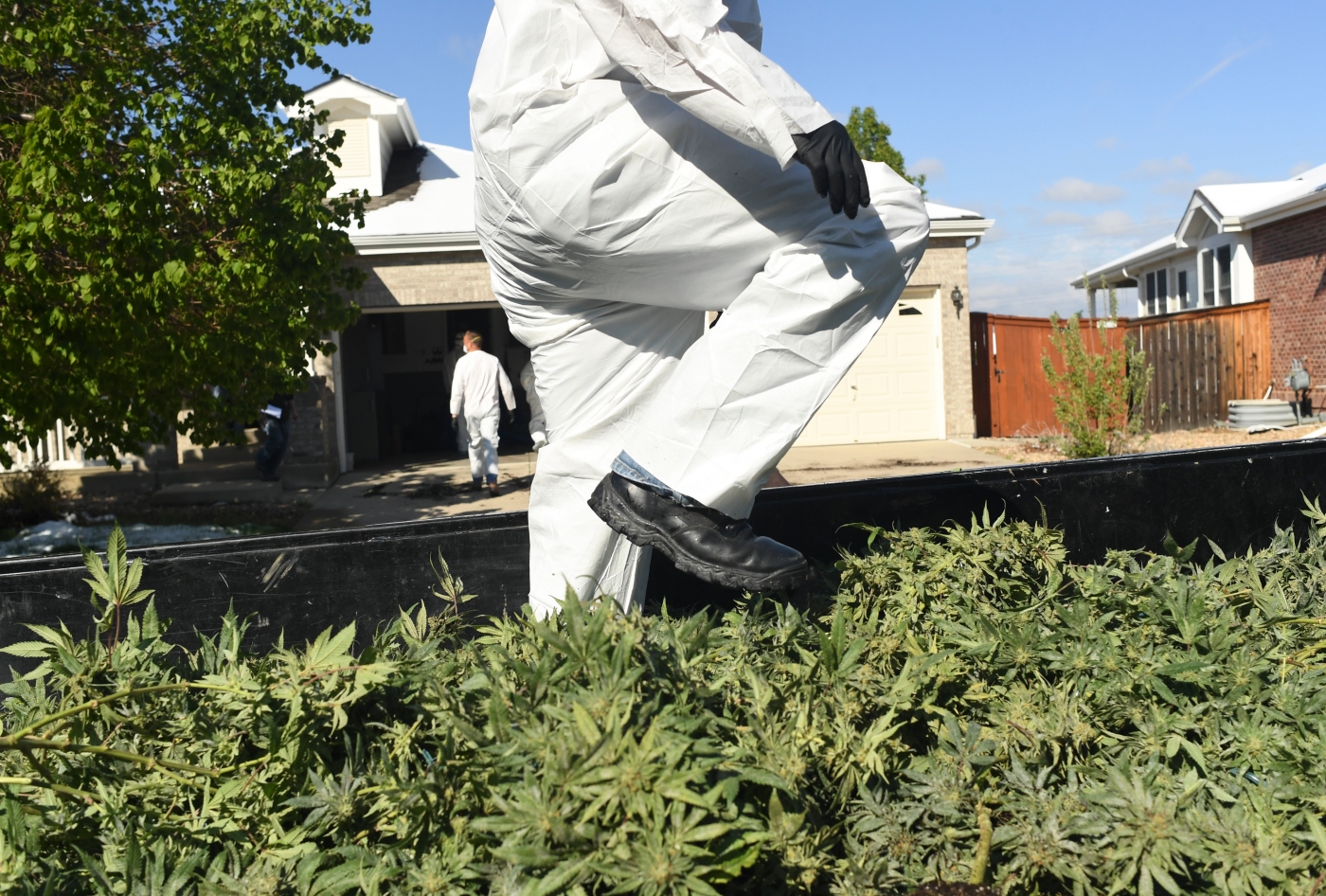 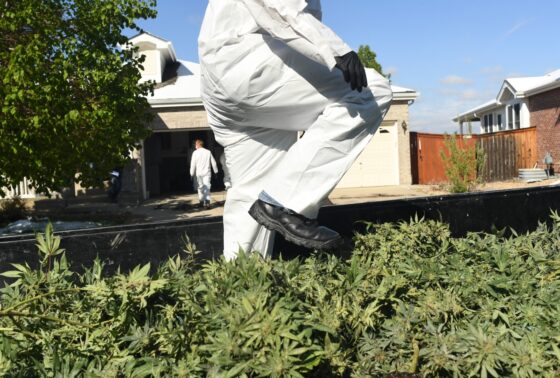 A Colorado couple at the center of the state’s largest-ever black market marijuana ring has reached a plea agreement with federal authorities, court records show.

Fayin Deng and Kelly Chuong were set to stand trial this week on felony charges related to the distribution of large quantities of marijuana.

Late last month, attorneys for both individuals filed notices in federal court, saying agreements had been reached. Terms of the plea agreements were not specified in court documents.

Read the rest of this story on DenverPost.com. 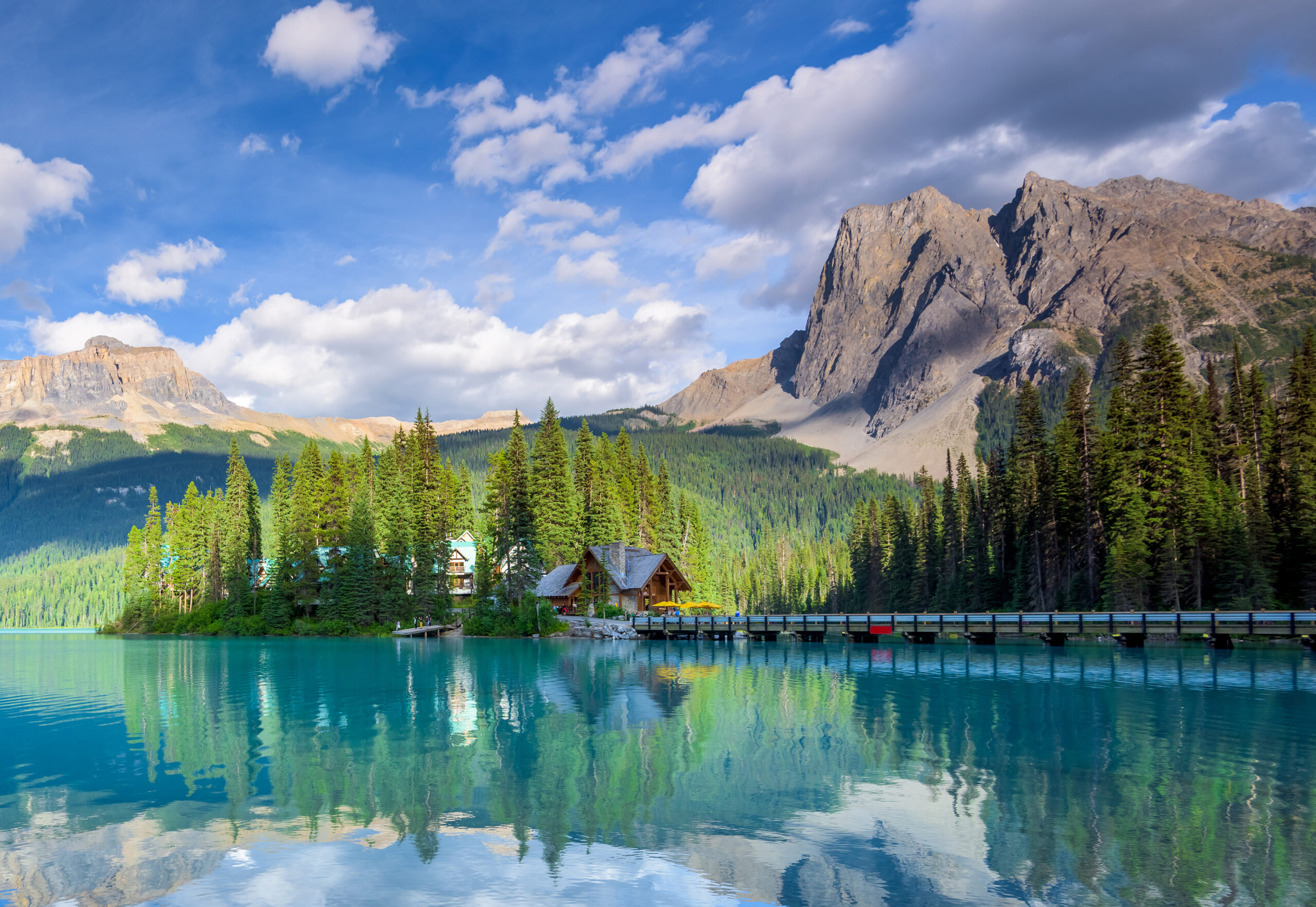 Decriminalization isn’t legalization – but it’s a start. British Columbia will be the first province in Canada to decriminalize possession of small amounts of illicit drugs.

British Columbia has been granted an exemption under the Controlled Drugs and Substances Act. As of January 2023, the federal exemption will remove criminal penalties for people in possession of certain illicit substances provincewide.

People over 18 in B.C. will be able to carry up to 2.5 grams of opioids, cocaine, methamphetamine, or MDMA for personal use without risking arrest, charges, or drug seizure.

This is a lower threshold than the 4.5 grams that the province had proposed when it applied for a Section 56 exemption to the CDSA last November, brought down by Health Canada. The exemption will not apply on school grounds, at childcare facilities, in airports, or to members of the military.

A good first step, or too little, too late?

Some people, including Vancouver mayor Kennedy Stewart, have praised the federal and provincial governments for what has been interpreted as a sign that they are moving away from treating substance use as a criminal issue and closer to treating it as a mental health issue. The mayor called it “a historic, brave and groundbreaking step in the fight to save lives.”

But many others, including drug user organizations, advocates, researchers, and even B.C.’s chief coroner, Lisa Lapointe, argue that the measure does not go far enough to address the issue of toxic drug supply in the province, which began a decade ago with fentanyl and now includes other drugs, such as benzodiazepines.

When mixed with fentanyl, benzos are particularly dangerous because they do not respond to naloxone, a medication used to reverse the effects of opioids during an overdose.

“We see month after month, year after year, hundreds of our friends and neighbours dying as a result of the toxic drug crisis, and we just have not been able to get a handle on it,” said Lapointe in a recent interview with CBC’s The Current.

“We virtually never see a death that is solely one substance. They are all mixed drug overdoses, and very often, people don’t know what they are taking.”

By the time the exemption is in place come January, it will have been almost seven years since B.C.’s then-provincial health officer Dr. Perry Kendall declared a public health emergency due to a significant increase in drug-related overdose deaths.

As it considered the province’s application, the federal government paid special attention to what law enforcement had to say, reducing the possession threshold by two grams based on feedback from police.

But advocates say that the voices of drug users should carry more weight than the police.

“Drug users are the folks that we need to listen to, and they’re the most knowledgeable about what they need and about what might make some changes in the crisis for them,” Sarah Blythe, executive director of the Overdose Prevention Society (OPS), told Leafly.

The OPS operates two locations in Vancouver’s Downtown Eastside, providing a clean environment to use drugs and harm reduction supplies for up to 700 people per day.

While she says it’s good to see different levels of government working together to try to address the issue, Blythe is in agreement with drug user organizations and advocates who have been calling on them to introduce more robust measures.

Blythe was hoping for the federal government to pass a bill that went several steps further. Bill C-216, a private members bill by Courtenay-Alberni MP Gord Johns, proposed to decriminalize personal possession, expunge criminal records, and create a safe supply. The bill was rejected by the federal government on June 1.

“I feel like we need to make leaps and bounds in order to save lives, and it feels like we’re just slowly piddling along,” Blythe said.

Get out your tiny scales British Columbia

The measure isn’t all bad: although the threshold of 2.5 grams is low. Blythe said she does see people having their drugs taken away, and the exemption could help to relieve some pressure on drug users.

At the same time, the news of the plan to decriminalize small amounts of drugs has created some confusion among people on the front lines: “A lot of people assumed that it had passed and that you can walk around with 2.5 grams freely at this point,” she said, noting that it’s not clear why the exemption can’t be implemented immediately.

As advocates discuss how inadequate the exemption is in effectively reducing harm for drug users, police argue that it will be a challenge to enforce.

“Do the police need to carry little scales around to determine where the cutoff is? And is it 2.6 or 2.7 grams?” said Chief Donovan Fisher of the Nelson Police Department to a reporter with the Castlegar News.

“Is the policy going to be, that’s seizable and arrestable, or is their discretion built-in?… It’s not all clear as to what action the police are expected to take when running into the situation.”

While BC will be the first province in Canada to decriminalize small amounts of drugs, it is not the first jurisdiction in North America to do so. In 2020, Oregon became the first U.S. state to remove criminal penalties for the possession of certain drugs.