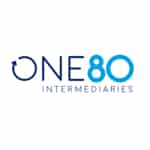 BOSTON–(BUSINESS WIRE)–One80 Intermediaries (One80), a specialty insurance broker headquartered in Boston, today announced that it has acquired Comprehensive Planning – Goodman, LLC., an independent brokerage and managing general agency specializing in life insurance. Terms of the deal were not disclosed.

“I am thrilled to expand upon One80’s existing life insurance capabilities with the acquisition of CPG,” said Matthew F. Power, President, One80 Intermediaries. “I have been extremely impressed with CPG’s passion and commitment to providing quality risk solutions, competitive products and unparalleled service,” he continued.

“We look forward to further building upon One80’s market leading platform. I am confident that our partnership will create further opportunity and value for our independent producers, clients, strategic partners and employees,” said Phil Goodman, Managing Director, One80 Intermediaries.

One80 Intermediaries is a privately held firm with offices throughout the US and Canada. As a leading insurance wholesaler and program manager, the company offers placement services and binding authority for property & casualty, professional and personal lines, life insurance, and travel/accident and health coverages. One80 specializes in key industry verticals such as medical stop loss, cannabis captives, alternative risk, warranty coverage and lender-based insurance. One80 serves commercial companies, non-profits, public entities, individuals and associations and unions, and has access to all major insurance markets in the US, Canada and UK. One80 has offices in more than 40 locations in the US and Canada. For more information visit www.one80intermediaries.com

Cannabis Competition and Awards Return to CA State Fair for 2023

SACRAMENTO, Calif.–(BUSINESS WIRE)–#cannabis–The CA State Fair today announced the second annual, state-agency sanctioned cannabis competition is set to take place in conjunction with the 2023 CA State Fair. Following the first year’s success, cannabis will once again be celebrated alongside California’s rich agricultural industries on the official state fair roster including wine, craft beer, olive oil and cheese. The CA State Fair Cannabis Awards and Exhibit will be on display at the CA State Fair from July 14-30, 2023, at the Cal Expo Fairgrounds in Sacramento, California.

“The 2022 Cannabis Awards and Exhibit were an overwhelming success for Cal Expo and the State Fair, and the 2023 edition promises to be even better,” said Cal Expo Board of Directors Chairman Jess Durfee. “We are here to support and celebrate the best of California, and we are always looking for new programming to inspire and delight our guests for the 17 days of the CA State Fair.”

In 2018, cannabis became legal for adult recreational use in the State of California, and since that time has grown into a multi-billion-dollar industry. California leads the nation in cannabis cultivation, craft and genetics, and these Awards are a celebration and recognition of those deep agricultural roots.

The CA Cannabis Competition and Awards have been developed in partnership between the California Exhibition & State Fair and Cultivar Events, a California-based marketing and events agency who specializes in the creation of programs that continue to move cannabis into the mainstream.

“We are grateful for all the industry support from the participating farmers, sponsors, cannabis ambassadors and the 85,000 fairgoers who enjoyed the inaugural California Cannabis Exhibit and are looking forward to next year,” said Cultivar Events CEO James Leitz.

The competition is open to all licensed cannabis growers in California. The competition will be scored objectively, through science-based analysis performed and certified by SC Labs. The submission window will be open January 10 to April 30, 2023.

“Greenshock Farms is honored to have been a Golden Bear winner at the first-ever CA State Fair Cannabis Awards and look forward to defending our titles and representing our legacy region,” said Greenshock Farms Founder and CEO Mark Greyshock. 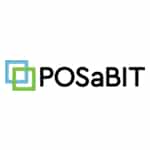 With cash-based businesses under increasing pressure from both a safety, insurance and regulatory perspective, POSaBIT solution increases average size of basket while reducing risk.

Cashless ATM solutions (also known as point of banking), once seen as the digital solution to cannabis’ cash problem, were blocked from accessing traditional ATM networks in early December. POSaBIT has successfully worked to move most of its customers to PIN debit, accelerating the shift to more reliable and compliant PIN debit in recent months. Unfortunately, many payment providers in the cannabis industry continued to rely on cashless ATM as it became increasingly clear that it was a risk to retailers. As a result, the December shut down left many retailers without a safe alternative to cash. For those retailers struggling with cashless ATM, POSaBIT has offered a rapid and low-cost conversion to PIN debit. POSaBIT PIN Debit is available to all POSaBIT customers in the United States.

“As we’ve seen in many of the states where we operate, safety is a major concern for our heavily cash-based industry. By reducing reliance on cash, we not only improve safety, but we increase average basket size and allow budtenders to do what they do best – help customers to choose the best product to meet their needs, regardless of the amount of cash they brought into the store,” said POSaBIT VP of Product Christine Foss. “Our laser focus on cannabis retailers means we can address those issues in a way that helps to normalize the cannabis experience for our customers and their customers.”

For retailers, POSaBIT works seamlessly with their existing infrastructure to enable PIN debit that just works. The open infrastructure underpinning POSaBIT means retailers aren’t locked into a single solution, but can pick and choose their favorite point of sale, loyalty, delivery, or other system and integrate it easily into the POSaBIT platform. POSaBIT point of sale makes the integration even easier while retaining the open architecture and highly secure, compliant platform for which POSaBIT is known.

End users love the ease of using the POSaBIT platform, which mimics many of their everyday retail experiences. While many cannabis customers have come to expect the ATM fees and careful budgeting with cash, the POSaBIT platform empowers budtenders with recommendations and customer insights and ensures that the customer experiences a seamless, cashless, friendly retail environment.

POSaBIT (CSE: PBIT) is a FinTech, working exclusively within the cannabis industry. We provide a best-in-class Point-of-Sale solution and are the leading cashless payment provider for cannabis retailers. We work tirelessly to build better financial services and transaction methods for merchants. We bring cutting edge software and technology to the cannabis industry so that all merchants can have a safe and compliant set of services to solve the problems of a cash-only industry. For additional information, visit www.posabit.com.

Leafly’s team of world-class cannabis experts chose Jealousy, a hybrid strain first introduced in 2019, for its notable trajectory of growth year-over-year, reflecting its widespread popularity amongst consumers and cannabis growers

SEATTLE–(BUSINESS WIRE)–Leafly Holdings, Inc. (“Leafly”), one of the world’s leading cannabis discovery marketplaces and resources, today announced Jealousy, a hybrid strain that originates from the influential Southern California market, as the 2022 Leafly Strain of the Year.

Jealousy, a hybrid strain made by industry-leading cannabis breeder Seed Junky Genetics, is a cross of the wildly popular Sherbert with 2018 Leafly Strain of the Year Gelato. Jealousy was brought to market in 2019 by The Minntz, a Cookies and Seed Junky Genetics collaboration brand. The strain flew off the shelves in the influential Southern California market and the strain has seen an upward trajectory since, quickly earning a spot as a Top 100 strain on Leafly’s database of more than 6,000 cataloged cannabis strains.

The velocity and trajectory of Jealousy demonstrates how the modern cannabis consumer is becoming more sophisticated and selective. According to David Downs, Leafly’s California Bureau Chief, purple-colored weed is on trend right now and Jealousy’s flower is dark purple all the way to black, with dapples of bright green.

“If your local dispensary has Jealousy in stock, it’s safe to say that they’re savvy to the connoisseur cannabis conversation in the US right now,” said Downs. “Cannabis breeders constantly create new strains to meet evolving consumer trends and future demand. Jealousy’s waves continue to reverberate. More than a dozen new, notable strains crossed with Jealousy capitalize on its lineage and prestige.”

Dominant in the terpene caryophyllene, commonly found in black pepper, cloves, cinnamon and of course, cannabis, Jealousy has a spicy aroma. Reviewers tell Leafly that Jealousy tastes earthy and funky and that the strain helps them feel mentally relaxed but physically energetic.

Other deciding factors include how new or unique a strain is, as well as its pedigree. Leafly’s team scrutinizes the breeder, the strain’s effects, where it fits into the market and how widely available it is in adult-use states.

About the Leafly Strain of the Year

Leafly is the world’s online destination for cannabis, with more than 6,000 strains in its database, more than 3,000 store menus listed, and millions of monthly readers. helps millions of people discover cannabis each year. Our powerful tools help shoppers make informed purchasing decisions and empower cannabis businesses to attract and retain loyal customers through advertising and technology services. Learn more at Leafly.com or download the Leafly mobile app through Apple’s App Store or Google Play.

Cannabis Competition and Awards Return to CA State Fair for 2023

OPINION: HOPES FOR MARIJUANA CRIMINAL JUSTICE REFORM IN THIS CONGRESS MAY BE DEAD – UPDATE FOR DECEMBER 6, 2022