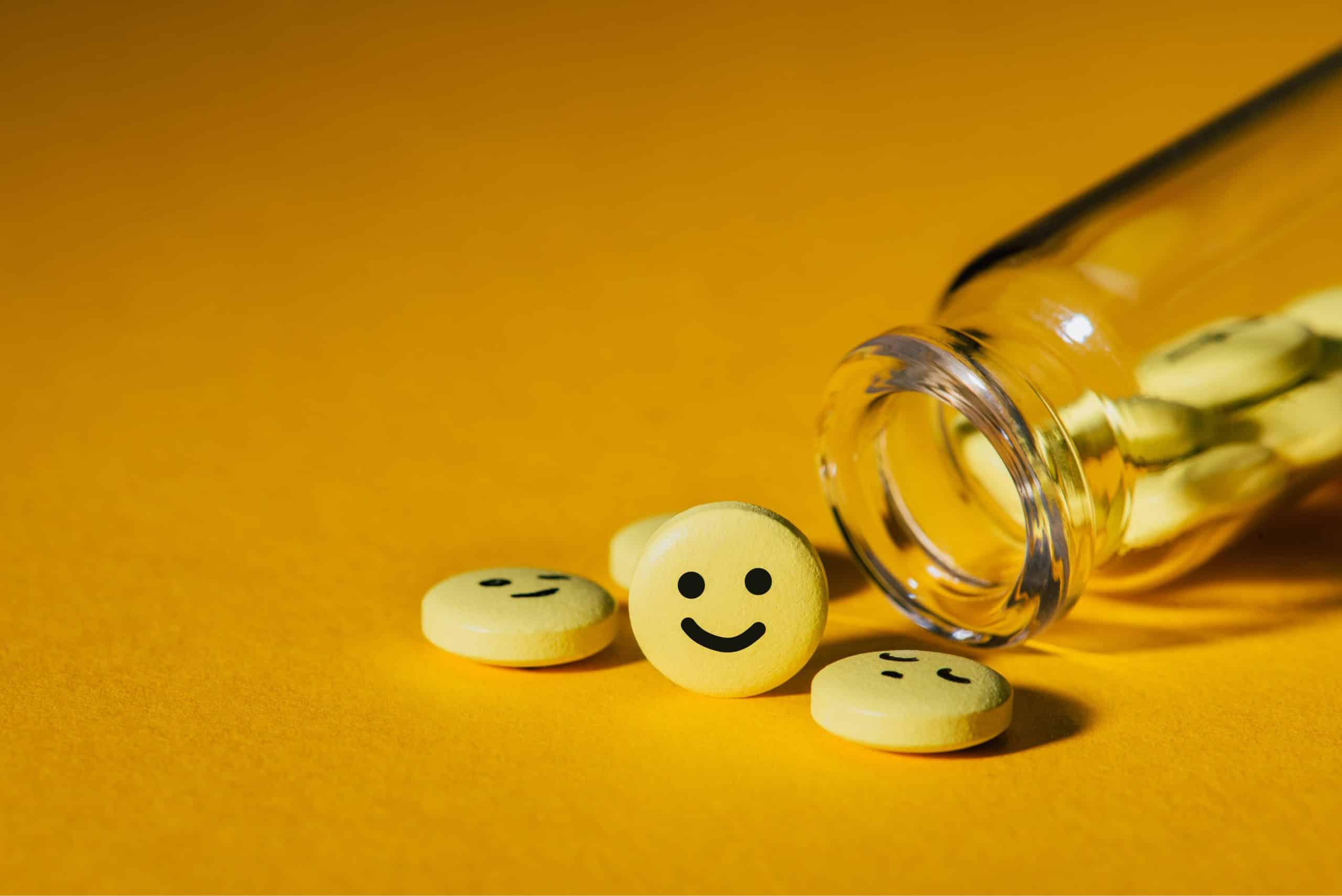 Who’s Sally? And who’s Molly? Or rather, what are Sally and Molly? The former name might be new on the scene (though not new at all), but Molly, or MDMA, is a name everyone already knows. Now, MDA – Sally – joins the scene, and she’s already so popular that the DEA wants more produced.

We’ll start with MDMA since it’s the more well known of the two. MDMA, or 3,4-Methylenedioxy​methamphetamine, is colloquially known as ecstasy, or molly (which is slang for ‘molecular’). These other names often imply a more impure version of the drug, cut with other drugs like speed. MDMA has the chemical formula C11H15NO2, and is an only synthetically made psychoactive drug, which is based on the safrole oil of plants like the sassafras plant. Molly is a hallucinogenic stimulant, which is often misrepresented as a psychedelic, but is technically not.

It does share the commonality with psychedelics of having a large effect on serotonin receptors. It forces receptors to release more of the neurotransmitter, and blocks its reuptake to create larger amounts in the blood stream. It also increases the activity of dopamine and noradrenaline. MDMA is sold as a white to brownish crystal or powder, or as pressed pills; often with the emblem of whoever is selling them etched into them. It resides in the stimulant family of drugs as a psychostimulant.

MDMA was created by Merck Pharmaceutical in 1912, however it wasn’t used much until the 1970’s when chemist Alexander Shulgin found a new way to synthesize it, and tested it out on himself along with some of his psychotherapist friends. It began being used in psychotherapy at this time, as a part of psychedelic-assisted therapy.

Thanks for heading our way. Subscribe to the Cannadelics Weekly Newsletter for direct updates on stories. It’ll also get you prime access to promotions for cannabis flowers, vapes, edibles, smoking paraphernalia, cannabinoid products (including HHC, delta-8), and plenty more. Go ahead and get stoned… responsibly!

It was used in this way for a number of years, showing great promise as a tool for different psychological issues. However it was illegalized in 1985 under the Comprehensive Crime Control Act, which was put in place under the Reagan administration, and allowed for the emergency banning of drugs. It sits in Schedule I of the US’s Controlled Substances list, and Schedule I of the Convention on Psychotropic Substances.

Despite its illegal status, MDMA is under investigation for its therapeutic uses, particularly with PTSD. The organization MAPS (Multidisciplinary Association for Psychedelic Studies) not only just underwent Phase III trials, but planned those trials in conjunction with the FDA to ensure that results meet regulation. The FDA went a step further than this even, giving the experimental drug ‘breakthrough therapy’ status which is meant to get a product to market faster.

Furthermore, Colorado pre-emptively legalized MDMA, which goes into effect upon federal approval, but has no value until then; and Connecticut is accessing the FDA’s expanded access program (aka Compassionate Care) to offer MDMA medications to patients. This is enacted through a pilot program meant to offer drugs that at least made it through Phase I trials, to patients in dire situations.

Sally as the new MDMA

So we’ve got MDMA, which we call Molly, and then there’s MDA, which goes by the name of Sally, and is the new drug on the block, which isn’t new at all. How does MDA differ from MDMA? They are, indeed, two similarly related compounds as the names indicate. MDA stands for 3,4-Methylenedioxyamphetamine. Its chemical formula is C10H13NO2. Much like its more well known counterpart, MDA is an empathogen-entactogen, a drug that create a sense of empathy or sympathy in users.

It’s also a psychostimulant, and sometimes confused for a psychedelic as well, because of its hallucinogenic properties. MDA is considered an SNDRA because it helps increase levels of serotonin, norepinephrine, and dopamine. An MDA high should last about 6 hours, whereas MDMA lasts about 3-6. Though its not as often used as a recreational drug as MDMA, it seems to be growing in popularity.

If you’re thinking that there’s probably another connection between these two compounds, what with their names being so close, you’re correct. MDA is a primary metabolite of MDMA, produced by hepatic N-dealkylation in the liver. MDA is also often used to adulterate MDMA products sold on the street. In the US, it is a schedule I substance, like MDMA, and is illegal in most countries.

Recreational doses of the drug are somewhere in the 100-160 mg range. It comes with mainly the same effects as MDMA in terms of its ‘love drug’ appeal, and also has the same negative side effects of increased blood pressure, increase in body temperature and sweating, increased heart rate, and agitation. It too is used in the club scene because of its ability to promote euphoria, and connection between people.

In the worst cases it can cause cardiac arrest and death, but this is rarely seen, as there are very few fatalities related to these drugs. The grand majority found in research involve other substances; making it unlikely that MDMA or MDA caused the deaths themselves. This is not to say they cannot cause death, but in essentially tiny numbers, especially when compared to medically legal drugs like opioids. In general, the worst they cause is dehydration – which can be extreme.

A little history on Sally (MDA)

MDA was first synthesized in 1910 by C. Mannich and W. Jacobsohn, making it not as new as it seems. It wasn’t ingested until 1930, when Gordon Alles, the same person who later licensed it to Smith, Kline & French, a pharma company, tried it. Human trials for the drug started in 1941, as a possible therapy for Parkinson’s Disease; and it was tested on over 500 people between 1949-1957 as an antidepressant and for appetite reduction.

As is so often the case, even the US military took its turn studying the compound, using the code name EA-1298. In this capacity it was experimented with for use as a truth serum, and for incapacitation. It was also a part of MKUltra, an illegal project carried out by the CIA in which human subjects were used to identify drugs that could be used for interrogation, to force confessions, for brainwashing, and for torture.

The drug was patented in 1960 by Smith, Kline & French as a tranquilizer, and in 1961 as an appetite reducer under the name “Amphedoxamine.” It entered the recreational drug scene long before MDMA, making a debut in the early 1960s. In the mid 80’s, when the government was on a warpath to illegalize everything, this article came out, with scare tactics like brain damage as a reason for the upcoming criminalization of MDMA, and MDA.

What’s the deal now with MDA?

As said before, MDA is not as popular or well known as its counterpart MDMA, even if it’s technically been around longer. But that doesn’t mean its popularity isn’t growing, and we can see this reflected in a recent request by the DEA to substantially increase production levels of the drug in the US for scientific and medical research. Every year the DEA gives out draft quota amounts for production, followed by a comment period. It then comes out with official quota numbers for different drugs.

This year, one of the drugs to see the biggest increase between the draft quota amounts and the revised quota amounts, was MDA. Originally the DEA was going to ask for 200 grams, an amount that was increased to 12,000 grams in the revised copy. This implies that whatever happened in the comment period, spurred the government agency to up the ask by 11,800 grams.

In late 2021, the DEA asked for a production quota of 200 grams of MDA for 2022, and this remained the same in the later revised version. So the production quota went from 200 to 12,000 not only in the draft for next year to the final quota, but in last year’s quota number to this year’s. And that was already an increase from the year before. For 2021, the initial asked for, and revised MDA quota amount, was only 55 grams. It might not be the most popular drug, but the DEA is certainly acting like it’s an important one.

You probably hear the name Molly frequently in life, as MDMA is a well known drug. Now, with increasing popularity, both on the street and in research, you’ll probably be hearing the name Sally a lot too.

Greetings one and all! Thanks for dropping by Cannadelics.com; our independent news offering for coverage of the growing cannabis and psychedelics industries. Check us out daily to stay informed on important stories, and sign up to the Cannadelics Weekly Newsletter, so you’re never late to get the news.

How do People Buy Drugs on the Dark Web?