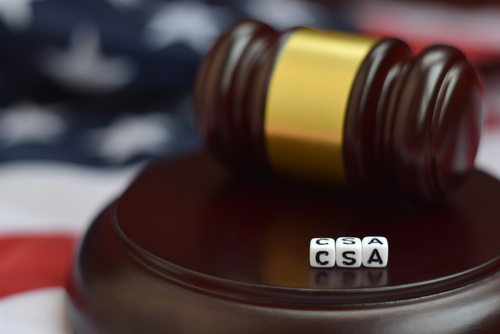 Why Males And Females Respond Differently To Cannabis

What European Countries Are Least Likely to Legalize Cannabis? 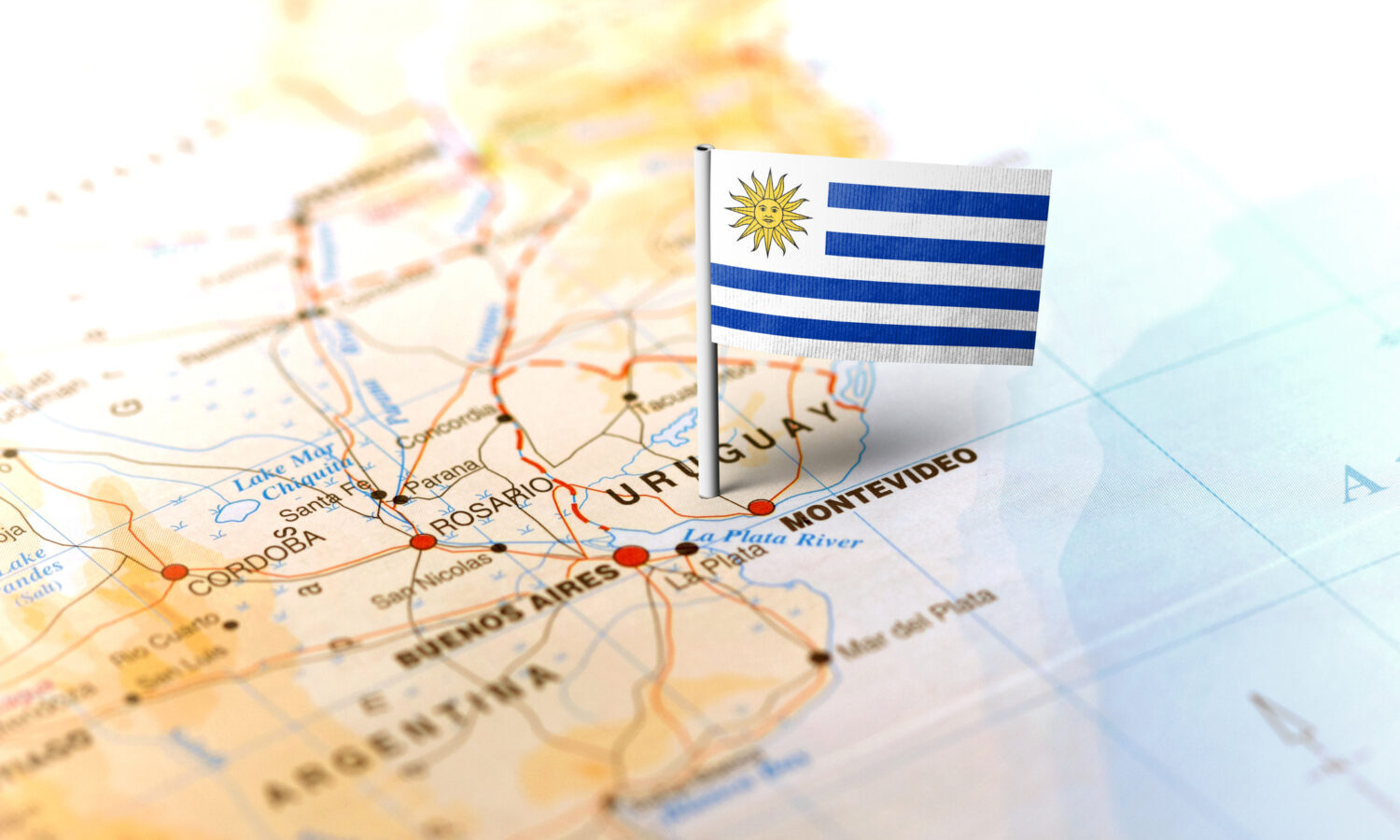 Legalizing marijuana is a slow, tedious process, with no clear recipe for success. A perfect example of this is Uruguay, the first country in the world to legalize marijuana. While legal marijuana was established in 2013, the country still has a thriving black market that has adapted and survived legalization.

Per a study conducted by a local institute that regulates cannabis, only 27% of Uruguayan consumers buy their drugs legally.

Montevideo (AFP) has quotes from several cultivators and marijuana users based in Uruguay, who explained that, despite legalization, government-regulated marijuana still has many issues that the majority of consumers would rather avoid.

There are three legal routes for consumers to purchase marijuana: at pharmacies, through home growing for personal use, and by belonging to a cannabis-producing club. While the latter method is the one that’s most appealing to people, offering more variety, these clubs have long wait lines and are limited by how many members they can have.

Buyers of Uruguay’s black market explain that the country’s marijuana products are limited and it’s easier to acquire what you want from the black market, even if the legal route results in cheaper products. Purchasing legal products require people to make appointments. Via the black market, buyers can simply contact their dealer and purchase what they want.

The legalization of marijuana has resulted in different factors. It has dealt a blow to drug trafficking, drastically reducing it, and has eliminated the danger associated with the black market. “I don’t see it as the black market,” said a 28-year-old black market buyer. “It has good prices for what is sold and you don’t feel like you’re making use of drug trafficking.”

She explains that there’s always “a friend or an acquaintance who passes you a contact from someone who has flowers and sells them.”

Another contributing factor is the fact that the legal marijuana that’s available in pharmacies across Uruguay is limited to 10% THC. Most seasoned users want stronger products or are seeking other strains that are not offered legally.

RELATED: The (Possibly) Best and Worst Countries To Get Caught With Pot

To battle this, the Uruguayan has discussed increasing the THC limits in their pharmacies and providing users with a larger variety of products. Still, marijuana is in a complicated position right now. While it was introduced by a leftist government when José Mujica was president, Uruguay now has a center-right president whose administration isn’t pushing for the drug’s advancement.

“I don’t believe in the state growing and selling marijuana,” president Luis Lacalle Pou told BCC. “I believe in people, cannabis clubs, or whatever we have, that they produce their own marijuana and they can have their own circles of marijuana use.” 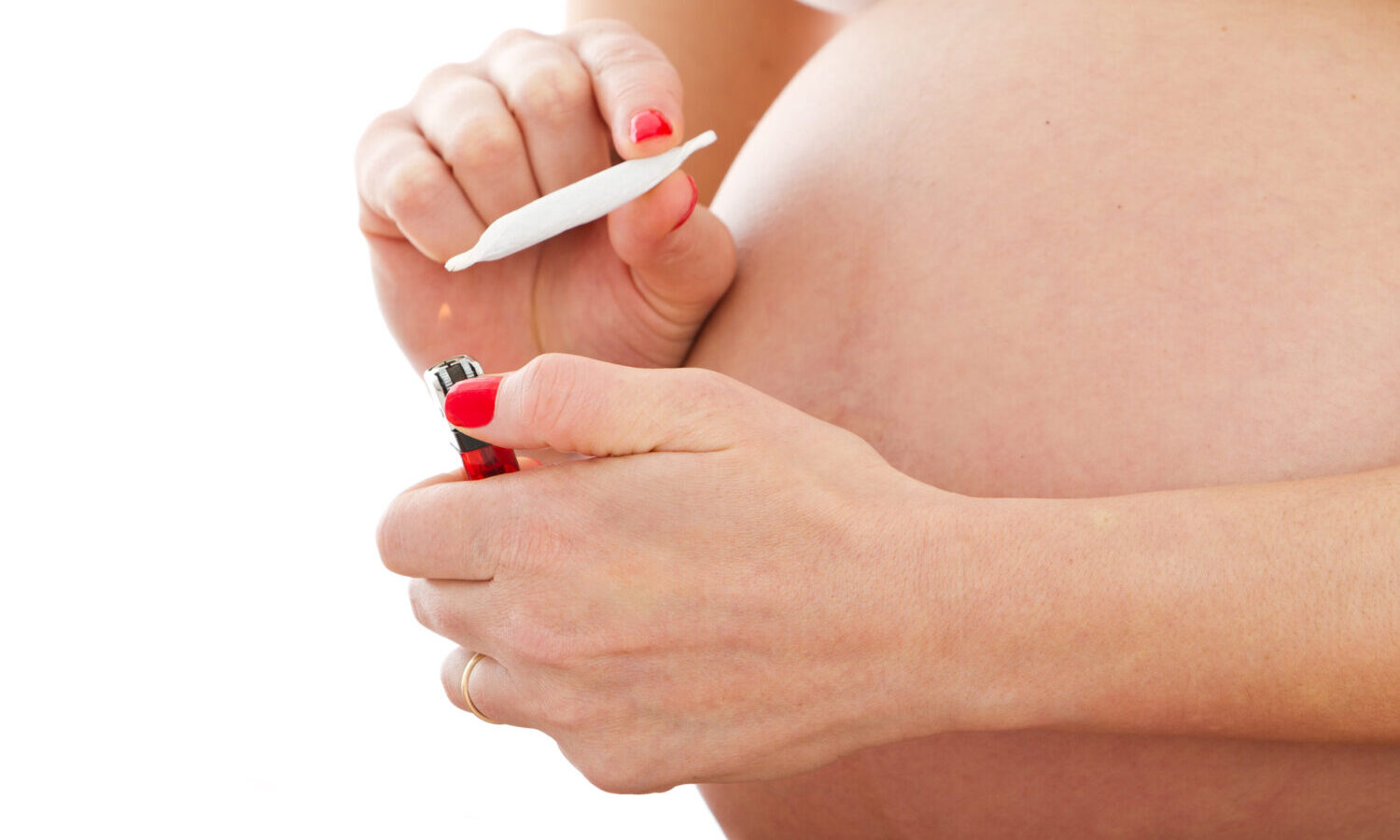 Since 2019, at least 26 women in Oklahoma were charged with child neglect felonies for consuming cannabis while pregnant, according to The Frontier. The punishment for this crime can be life in prison, though the previous offenders who pleaded guilty were given probation.

Of those 26 women, at least eight were medical marijuana license holders, meaning they were allowed to legally buy and use cannabis, having a doctor’s recommendation. Nevertheless, the problem boils down to whether medical marijuana can be treated as an “illegal drug,” because if it can, the law is clear pregnant women can be charged with child neglect for consuming illegal drugs while pregnant. Women in Oklahoma have been prosecuted even after giving birth to healthy babies.

That’s right, those who have a license from the Oklahoma Medical Marijuana Authority are allowed to buy and consume marijuana and there are no rules prohibiting pregnant women from using cannabis or have a license. According to state law, physicians are not obligated to determine if patients are pregnant or are planning a pregnancy soon before they provide them with a medical marijuana license.

On the other hand, medical marijuana products in the state have warnings against use during pregnancy, similar to those on cigarette packs.

Most medical professionals agree on advising against using marijuana, cigarettes, alcohol and other drugs during pregnancy.

RELATED: Alabama Is Jailing Pregnant Marijuana Users — And Not Letting Them Post Bail

Brian Hermanson, one of the two prosecutors in Oklahoma who has brought charges against those pregnant women, believes this is a felony. “If they make bad decisions about using drugs while they’re pregnant, they’re probably going to make other bad decisions when raising the child,” he said last November.

Ryan Kiesel, a civil rights attorney, and former Oklahoma lawmaker, on the other hand, thinks that these prosecutions are “inconsistent with state law.”

RELATED: Alabama, How Could You? Senate Approves Forcing Women To Take Pregnancy Test To Obtain Weed

The number of women in the U.S. who turn to cannabis while pregnant has notably increased over time. Between 2002 and 2017, the figure went from under 6% to 12%, as per data from the National Survey on Drug Use and Health.

What about Oklahoma? The numbers don’t look great. Since the state legalized medical marijuana in 2018, the number of state newborns who tested positive for cannabis grew by more than 160%.

What Are The Impacts Of Cannabis Use While Pregnant?

Unfortunately, there are not enough relevant scientific studies on this topic, as marijuana couldn’t be researched for a long time, because of its status as a Schedule 1 substance.

More and more new studies indeed indicate there are negative consequences to children whose mothers consumed cannabis while pregnant, it is hard to confirm that the consequence came only from cannabis use. As Dr. Mishka Terplan, who has researched substance use in pregnancy and has helped develop American College of Obstetricians and Gynecologist guidance on addiction says, the impact of marijuana exposure can be very hard to separate from tobacco use, stress, and any other health and environmental factors.

After all, women are advised not to take any legal drugs while pregnant, like painkillers or alcohol, right? It is not so strange to see women smoking a cigarette with a huge bump, even though the negative consequences of cigarette smoke to unborn children has been known for a while now. What about stress?

And yet, no one is prosecuting pregnant women who smoke or drink. Well, isn’t that a bit hypocritical, if child care is the main concern in these prosecutions?

How To Enjoy Dabbing Without A Dab Rig 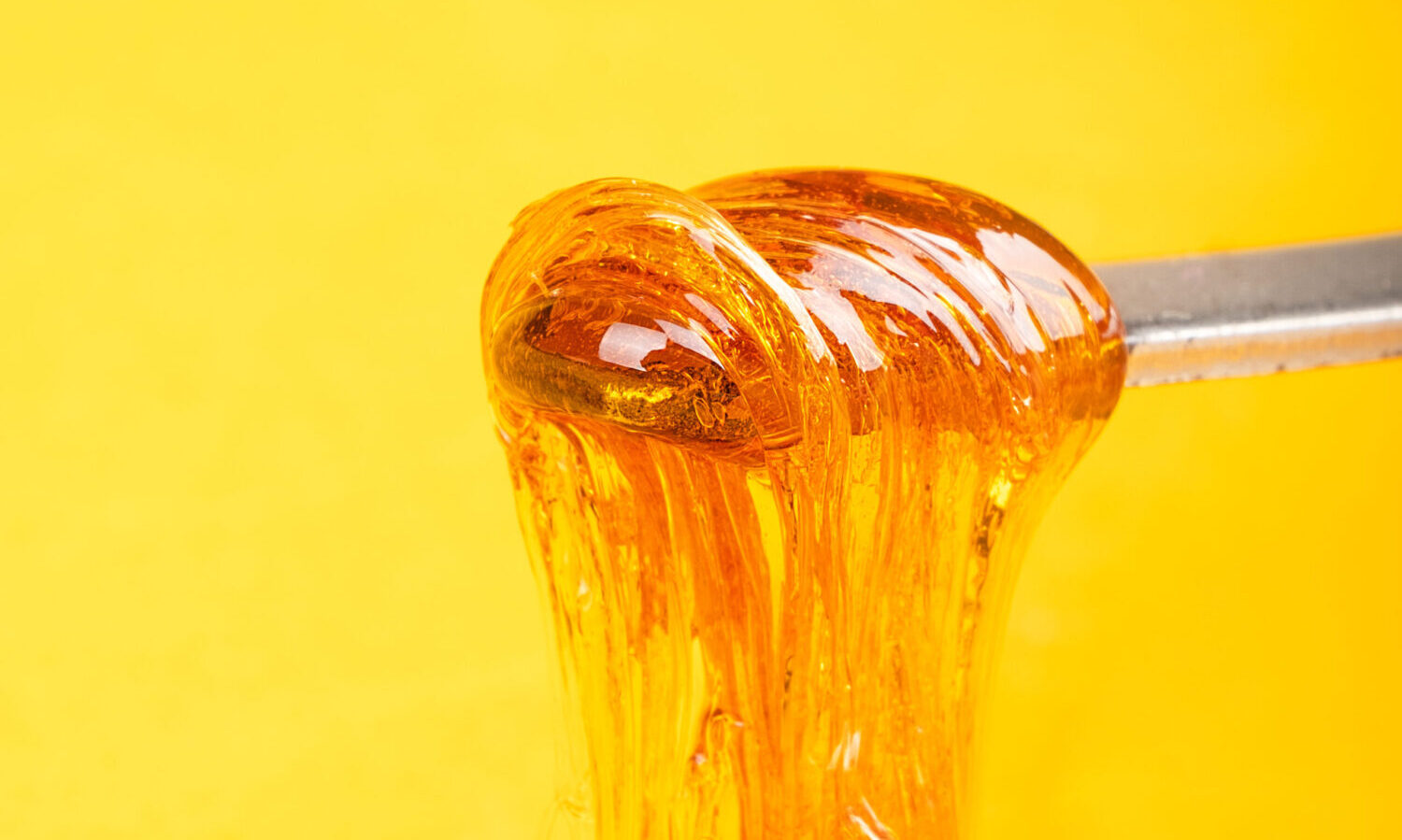 Dabbing has become one of the most popular ways that experienced cannabis consumers get high. This method of consumption involves placing a tiny amount of cannabis concentrate on a hot surface, allowing it to vaporize, so that you can inhale extremely potent marijuana.

Medical or recreational cannabis consumers alike can enjoy the benefits of dabbing especially when you want to make the most out of a small amount without having to consume too much. After all, cannabis concentrates are notoriously potent: you can consume anywhere from 50 to 98% THC.

The most common way to dab is to use a reliable dab rig. Dab rigs are a specific type of water pipe that’s designed specifically to inhale concentrates or dabs. It works by filtering the vapor from marijuana through water, which is in essence, similar to how a bong works. Dab rigs also have a nail, which is a name for the glass bucket, which is heated with a torch for around 30 seconds. After cooling, you can then inhale the vapor without burning your throat.

Dab rigs are popular. However, it isn’t the only way you can consume dabs. Perhaps you found yourself without one because you didn’t know you needed it, find it too expensive, or you may have broken the glass. Don’t worry: below are other methods you can consume dabs without the use of a dab rig.

Place some wax on the center of the flower, ensuring that it doesn’t touch the part of the joint that you’re going to light up. If it does touch the wax, this can result in a dangerous open flame.

When using this method, keep in mind that wax is extremely sticky. You may end up wasting too much when it gets stuck in paper and your fingers.

You should have a bowl that has a layer of concentrate covered by a layer of bud. You can add more weed if you want, depending on how much grass you have available. With this technique, there’s no need to use top-shelf bud since you’ll be smoking most of the dab anyway. The primary purpose of the bud here is to protect the dab.

However, if you already have wax that you want to use in a refillable cartridge, this is possible too. Just make sure to use a vape pen that’s equipped with a removable atomizer, which is the heating component where you add the wax. Typically, older vape pen models have the atomizer since more modern models do without it.

RELATED: What Is Dabbing And Is It Right For You?

Place a small dab of wax onto the metal dabber, then remove the atomizer. Dab the wax on the coil, and link the atomizer to the pen. Next, connect the mouthpiece to the chamber. Press the power on the vape, and slowly inhale to get the perfect balance of vapor and heat.

RELATED: How Many Edibles Should You Eat? Your Guide To Edible Dosing

Cannabis concentrate edibles are a fun and affordable way to medicate. The best part is that compared to flower, you only need a significantly smaller amount to enjoy the same benefits. Always follow the general rule of thumb when dosing concentrate edibles for the first time: start with the smallest dose possible, and wait at least two hours before you decide to follow up.

The knife should be heated by placing it on a heating element. This can be a hot plate, electric stove, or a gas heater. When the knife is already hot, dab a little wax on it then inhale. Unfortunately, this can be a little challenging because unlike bongs or pipes, there are no enclosed areas. This means that you run the risk of losing some vapor even when you inhale.

You can combat this by using a straw, funnel, or even a plastic bottle. These are simple solutions to maximizing a tiny problem when using hot knives for dabbing.

A functional dab setup is always ideal for the best results when dabbing. However, when you don’t have the complete setup, it’s time to get creative. These five tried-and-tested techniques will save the day when you have concentrates. Just because you don’t have a dab rig doesn’t mean you can’t get high.

Flower Is Still King in the Cannabis World, But For How Long?