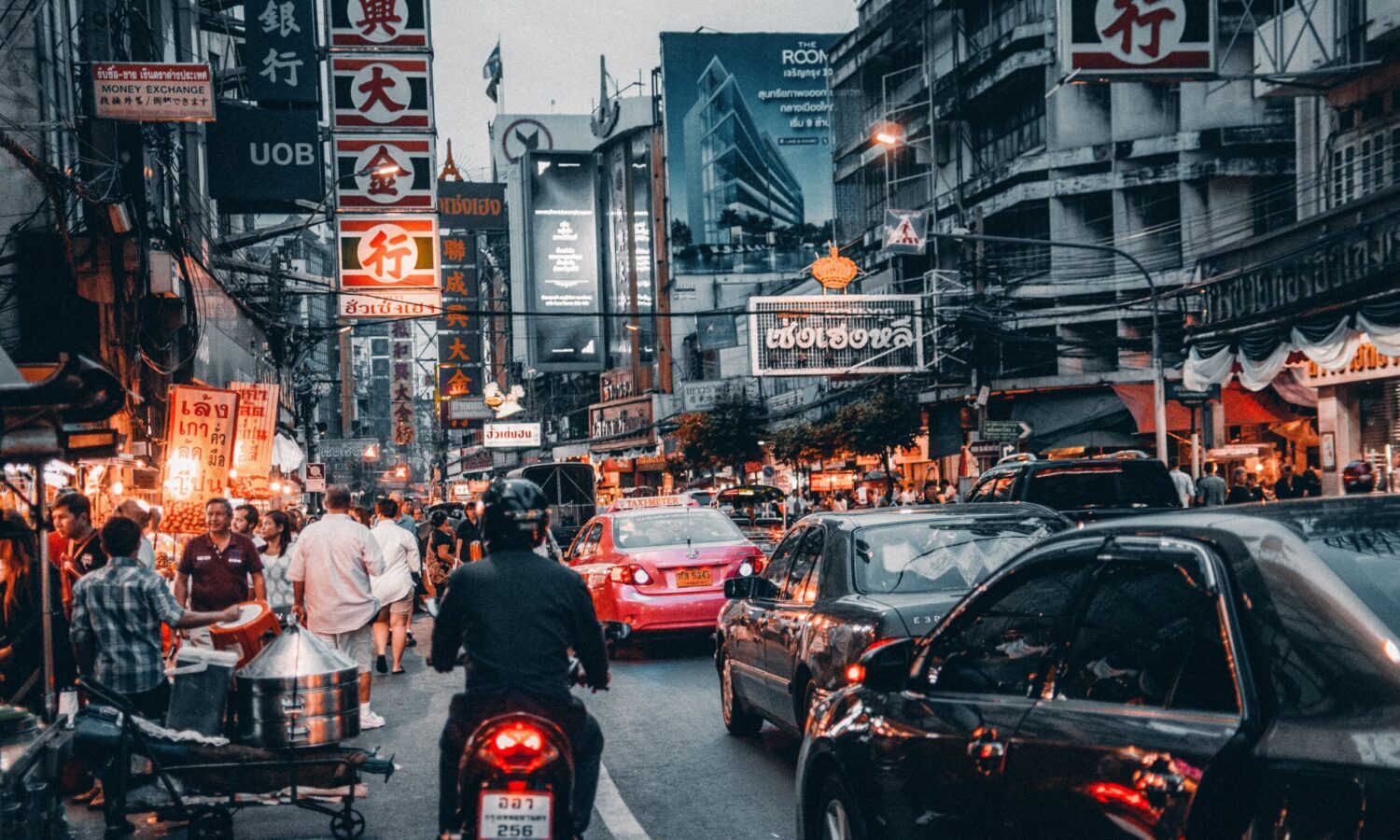 Lawmakers in Thailand decided to withdraw a piece of legislation regulating the broader use of cannabis in the country. According to Bloomberg, the bill was sent back to the committee for further revision after a 198 to 136 vote by members of the House of Representatives on Wednesday.

The Democrat party, a part of the ruling coalition and opposition MPs from the Pheu Thai and Move Forward parties, were against the measure, even though it had already passed its first reading in the chamber in June.

Those opposing the bill claim that the original version was significantly amended following the first reading.

The move came some three months after Thailand became the first South-East Asian country to decriminalize marijuana by removing it from the banned Category 5 narcotics list and allowing legal cultivation of cannabis plants at home and its sales.

Since then, the number of outlets and cafes selling cannabis products has grown exponentially in the capital and other cities even though the government has highlighted on several occasions that the move was supposed to promote medical and commercial use instead of recreational use. Interestingly the draft bill didn’t directly target recreational smoking as illegal.

Sutin Klangsang, a lawmaker from Pheu Thai, said they are worried that mushrooming of businesses selling cannabis would lead to children and people becoming addicted.

“The bill doesn’t control cannabis but even promotes it, leaving room for its use to stray from medical to extremely recreational,” Klangsang said.

Meanwhile, in weeks following cannabis decriminalization, Thailand was making headlines for its lack of cannabis regulation.

Shortly after Public Health Minister Anutin Charnvirak gave away a million marijuana plants as a sign of good will, the opposition slammed him, arguing that he caused social problems and violated local and international laws by decriminalizing marijuana without adequate control.

Biden To Meet With Brittney Griner’s Wife And Paul Whelan’s Sister: Is A Prisoner Swap In The Works? 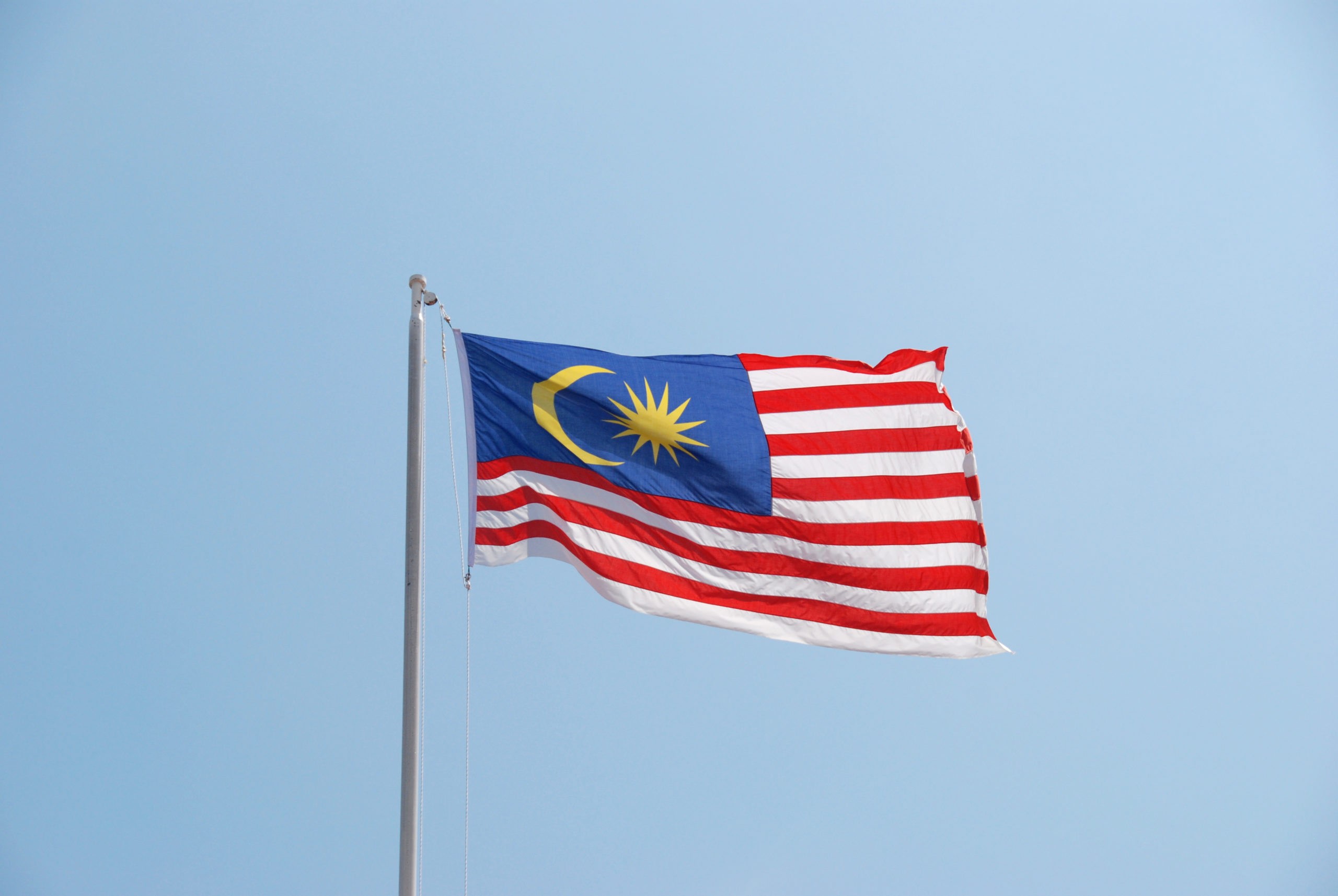 Overview of the Newest Cannabinoids to Hit Japan 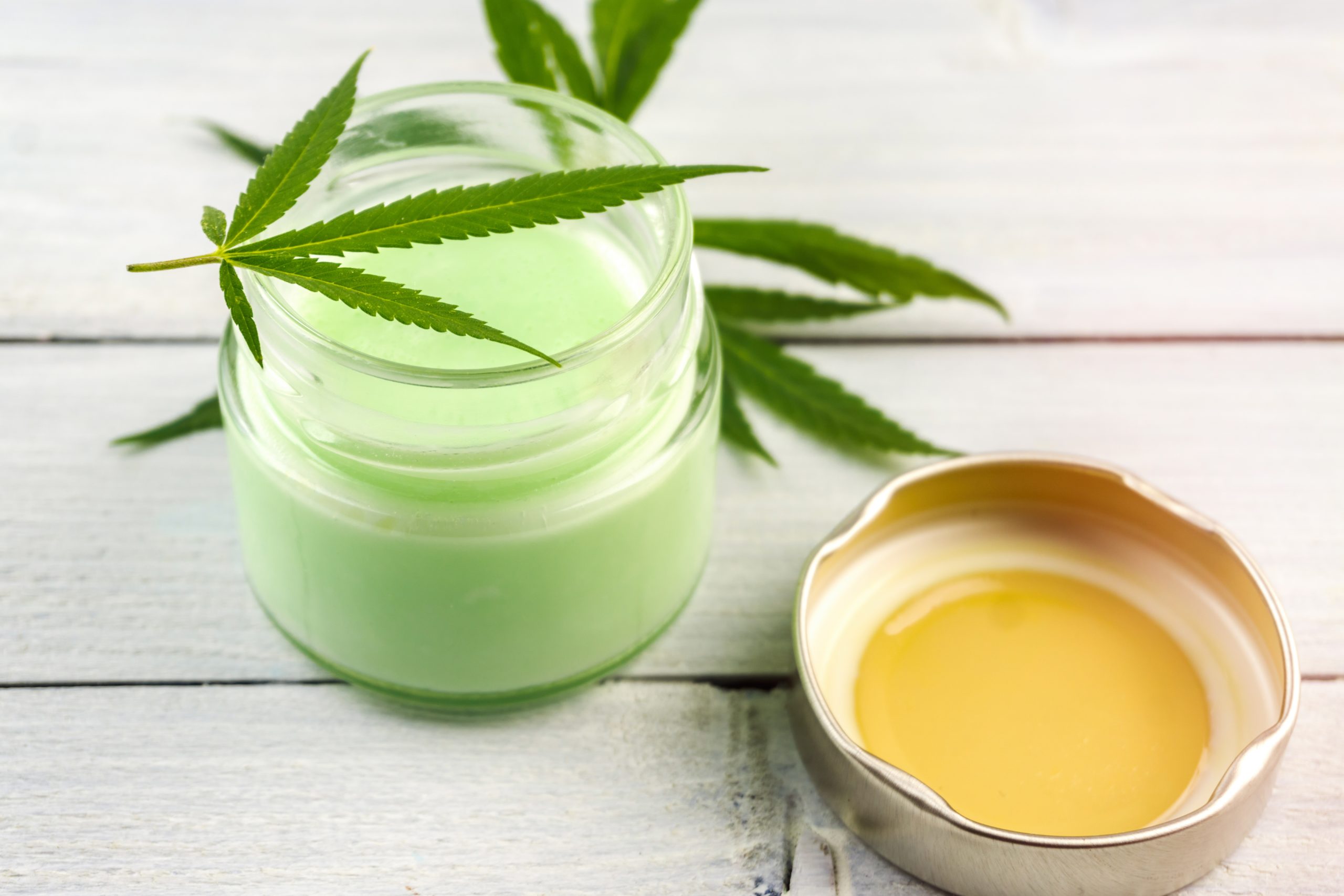 Cannabidiol, an ingredient derived from cannabis, is increasingly popular in Japanese health foods and cosmetics these days due to claims that it can help with insomnia and discomfort.

Japan’s health ministry, on the other hand, has seen an increase in requests for guidance on health damages from the above noted items, as well as cases of prohibited components being added to them.

CBD is a non-psychoactive cannabinoid derived from the stalks and seeds of cannabis plants. tetrahydrocannabinol, or THC, which may be extracted from other sections of cannabis plants, is restricted under the cannabis control act primarily because of its hallucinogenic properties.

Following the 2019 announcement by the Japanese health ministry that treatment for refractory epilepsy containing CBD can be used for clinical studies, the number of imported CBD products in the Japanese market surged significantly.

On these websites, companies, for example, promote CBD products as drinkable beauty oils. Some celebrities aid the advertising by claiming that they utilise these goods regularly on the internet.

What are the new Cannabinoid Receptors in cannabinoids hitting japan?

The intricacy of interactions between various cannabinoids, cell types, systems and individual organisms challenges scientists to rethink physiology and health. Cannabinoids may appear well-understood, yet the estimated 20,000 research articles on the subject only scratch the surface. There may be large gaps in our current understanding. What we do know can be summed up in the following summary.

Endocannabinoids stimulate the cannabinoid receptors in our bodies. Anandamide and 2-arachidonoylglycerol (2-AG) are the two most well-known compounds. Because of their local action and short half-life, these fatty acid amide hydrolase (FAAH) and monoacylglycerol lipase enzymes are rapidly destroyed in the body (MAGL).

Cannabinoid receptors in the body are stimulated by phytocannabinoids, which are plant compounds. Aside from THC, the most psychotropic of these cannabinoids, other cannabinoids such as CBD and CBN are attracting researchers’ attention for their potential medicinal benefits. Non-psychoactive cannabinoids have been detected in medicinal herbs like echinacea purpurea, which are not found in Cannabis Sativa.

The cannabis plant employs THC and other cannabinoids to promote its health, prevent disease, and treat and heal patients. The damaging effects of ultraviolet light, cannabinoids act as antioxidants, shielding leaves and flowering structures from free radical damage.

Scientists are even developing cannabinoids in laboratories. Chronic pain, migraine headaches, and other significant diseases can benefit from their use off-label by clinicians. It is common to practice in animal research to employ synthetic cannabinoids that are 600 times stronger than THC.

The Endocannabinoid System and the Benefits of new Cabinnoids

No matter how much we learn about cannabis and cannabinoids, one thing is certain: a healthy cannabinoid system is a must. That cannabis can help us avoid and enhance health by triggering an ancient hard-wired system in all of us. Endocannabinoids help us live in a rapidly changing and increasingly hostile environment, from embryonic implantation and growing to responding to traumas.

A person’s sensitivity to cannabinoids rises as the number of receptors on their cells increases; lower doses have greater effects, and the individual’s endocannabinoid activity has a higher starting point. We may believe that small, regular doses of cannabis could function as a tonic for our body’s most important healing system.

Many doctors shudder at prescribing/recommending a botanical medication and are humiliated by the idea of smoking a medicine. Single, isolated drugs that can be ingested or injected are comfier in our medical system. Although this paradigm greatly restricts cannabinoid’s medicinal potential.

Scientific research and patient testimony support the superiority of herbal cannabis to synthetic cannabinoids in terms of medical efficacy. Over 100 + cannabinoids, including THC, may be found in herbal cannabis, compared to just THC alone. This synergy results in superior medical outcomes and fewer negative effects than using THC alone. The usage of a vaporizer or cannabis tincture, or topical salve is preferred by many patients who do not want to inhale the irritants that come with smoking cannabis.

There have never been more capable, busy minds working on diseases than there are now, and all their discoveries lead to the basic truth that you cannot improve on nature, as Thomas Edison stated in 1902. That is still the case, according to cannabinoid research.

Yes. Perhaps the most beneficial treatment for treating the greatest range of human diseases and ailments, as well as a component in preventative healthcare and adaptive support in our increasingly toxic carcinogenic environment, could be medicinal cannabis. Additional human-based research is needed to determine the efficacy of cannabis. Still, the database exists and continues to develop even if the DEA is doing everything possible to hinder cannabis-related studies.

As a result of the public’s demand, this is changing. People are looking for safe, natural, and low-cost remedies so that our bodies can heal themselves and help our population enhance their quality of life. One option is medical cannabis. Educating patients and healthcare providers about the scientific evidence supporting the medical use of cannabis are made easier by this summary. To see more actual cannabinoids with growing popularity in Japan visit www.stateofmindlabs.com/store/THC-O-Distillate-p430911405.

The post Overview of the Newest Cannabinoids to Hit Japan appeared first on United Patients Group.

Why Cannabis Dabbing Is An Emerging Trend 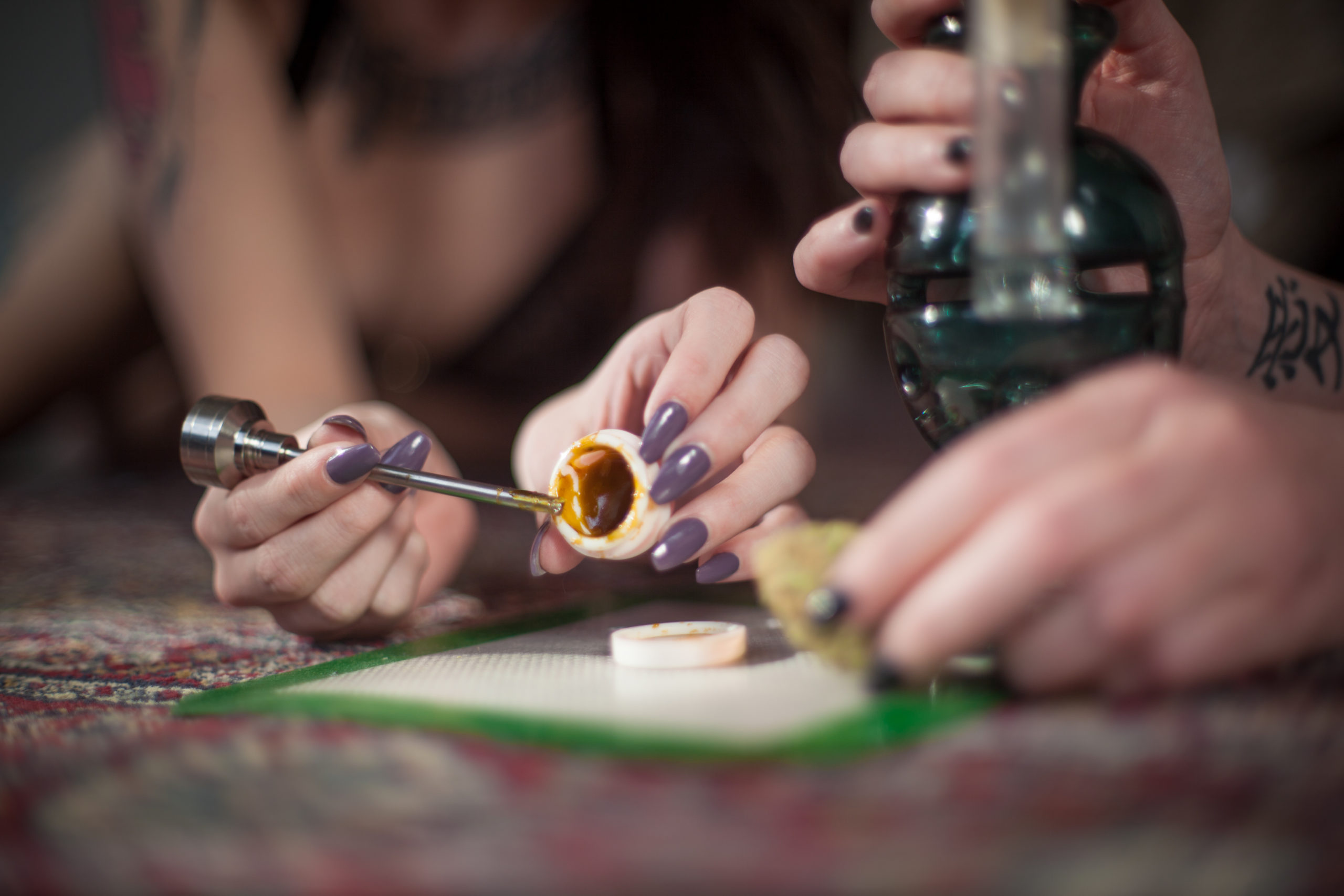 Dr. Matthew Halpert – An inside look at Medterra CBD

John Malanca talks through good, bad, and exciting in cannabis medicine in this discussion of CBD with Dr. Halpert. When the Farm Bill expanded access to cannabidiol, manufacturers’ interest exploded. However, in order to make honest claims, Dr. Halpert teamed with Medterra CBD to determine the real healing powers of this remarkable cannabinoid.

Psychedelics may flatten your brain’s landscape, but in a good way

Germany prepares to turn over a new leaf with legal weed

How Are Marijuana Strains Named? And Do They Mean Anything?

Cannabis is legal in Michigan, but mothers may face a CPS (Child Protective Serices) investigation if they use it says report