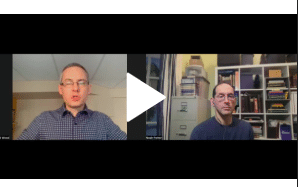 The basic mechanism is an exemption from the Controlled Drugs and Substances Act that the federal health ministry can issue in its discretion. (My followup question, which I didn’t think to ask, is whether consent is also required from the federal police.)

David also discusses his proposed regulations that would (a) move psilocybin from the “restricted” category to the “controlled” category under the CDSA and (b) enable a “licensed dealer” (a license category that already exists under federal law) to manufacture or cultivate “psilocybin products” and sell them to patients.

I kept this one to a half hour in order to encourage you all to watch it, so please do.
(David, I’m sorry that I don’t know yet how to control what still image from the video appears.) 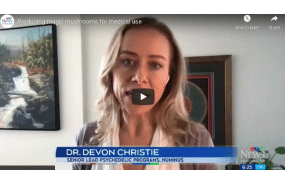 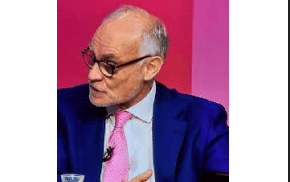 VANCOUVER, British Columbia, May 19, 2022 (GLOBE NEWSWIRE) — Optimi Health Corp. (CSE: OPTI) (OTCQX: OPTHF) (FRA: 8BN) (“Optimi” or the “Company”), a homegrown, Canadian company producing natural, scalable, and accessible mushroom formulations for transformational human experiences, is pleased to announce that Crispin Blunt, Member for Reigate for the Conservative Party of the United Kingdom, will be appearing as a keynote speaker at the Grand Opening of the Company’s 20,000 square foot psilocybin cultivation facility in Princeton, British Columbia.

As Chair of the Conservative Drug Policy Reform Group, Blunt has been a vocal advocate for the rescheduling of psilocybin under current United Kingdom drug laws, with particular emphasis on the treatment of mental health conditions such as depression and cluster headaches.

Blunt’s efforts toward further psychedelic science included a House of Commons Speech in October of 2021, asking Prime Minister Boris Johnson if he were willing to “cut through the current barriers to research into psilocybin and similar compounds?”

“It is an honour for Optimi Health to welcome Crispin Blunt, MP, to our May 27 Grand Opening Ceremony,” said Bill Ciprick, CEO of Optimi Health. “Optimi’s founders, advisory board, and executive team are pleased to host such an internationally recognizable figure in the ongoing dialogue around therapeutic psilocybin. It is our hope that we are only at the beginning of a larger, global rescheduling of psychedelic substances for research and medicinal purposes, and that discussions such as those being had now continue in the halls and offices of government worldwide.”

Blunt will join the Optimi event after attending the 2022 Catalyst Summit in Kingston, Ontario where he has been invited to speak on international drug policy reform and regulation. Blunt served as the Minister of State for Prisons, Probation, Rehabilitation and Sentencing from 2010-2012.

“I am thrilled to be associated with some of the great work currently being undertaken by our friends in Canada,” said Blunt. “The push to raise the profile of these much-needed psychedelic therapies in continuity with drug policy reform is paramount to bringing relief to the millions of people suffering from severe mental health conditions and addictions issues across the world. I am very much looking forward to seeing Optimi Health’s contribution to these efforts.”

On May 27th, the Company will be welcoming guests and dignitaries from the psychedelic business space, the medical and public health fields, local and national politics, and the Indigenous community for a grand opening event and facility tour to inaugurate its Princeton, BC facility. Those interested in attending in-person or via livestream should contact event organizer, Michael Kydd, at info@kyddergroup.com. 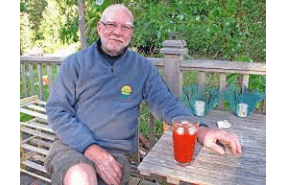 Last week, Canadian Senator Larry Campbell came out of the psychedelic closet in the opening speech to the Catalyst Psychedelics Summit in the U.K. Namely, he admitted that he has been microdosing with psilocybin to help his depression.

According to Campbell, who has worked in drug reform for a long time as both the Mayor of Vancouver and a member of the Canadian Senate, he suffers from PTSD, depression, and the issues of “getting old.” However, his normal cocktail of anti-depressants was still leaving him with symptoms, making him “grumpy.”

Suddenly, during the pandemic, he noticed that his mood was steadily improving. He could not figure out the cause.

After several weeks of this, he mentioned the same to his wife.

It was then she admitted she had been spiking his coffee with microdoses of psilocybin.

XENDEE to Participate in Microgrid 2022 Conference in Philadelphia