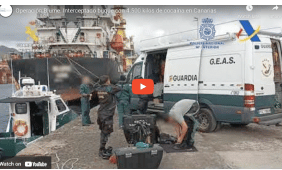 Last week, Spain’s customs police boarded a highly suspicious cargo vessel off the coast of the Canary Islands and seized 4,500 kilos  of cocaine from her accommodations.

On December 20, the freighter Blume departed the high-risk smuggling port of Santos, Brazil, where she had been anchored for more than a month. She was curiously empty, carrying just 200 tonnes of coffee on a 7,000 nautical mile commercial voyage to Latvia. She had recently been sold and reflagged with Togo, the second-to-last registry on the Paris MOU black list, and she had accumulated 70 PSC deficiencies since her change of ownership.

As she crossed the Atlantic, her course curved eastwards towards the coast of Morocco, off the route to her declared destination. The waters off Morocco are known for ship-to-ship transfers between smuggling vessels.

The vessel caught the attention of Spanish customs authorities. Spain’s Civil Guard, the Customs Surveillance Service and the National Police teamed up to investigate the ship and conduct a boarding operation before she could transfer off her cargo.

The Customs Surveillance Service patrol vessel Fulmar was dispatched to find and interdict the Blume. On the morning of the 18th, the Fulmar’s crew sighted the rusty freighter and dispatched a boarding team. In heavy seas, the team came alongside and hooked a ladder to Fulmar’s rail, quickly putting law enforcement officers on deck.

A search of the vessel turned up dozens of bales of cocaine piled up in the ship’s common areas. The Blume was detained and diverted to Santa Cruz de Tenerife for a search, and law enforcement officers carried 3,000 tonnes of cocaine down the gangway (later upgraded to 4,500 tonnes).

15 crewmembers from the vessel were detained, including 13 Pakistani nationals and two Albanians.

Major drug busts occur with regularity off the Canary Islands, which are located on the shipping lanes between Brazil, North Africa and the European mainland. Last month, Spanish security forces intercepted a fishing boat to the north of the Canary Islands, bound for Galicia with a cargo of several tonnes of cocaine.

Pittsburgh: Greensburg police chief is facing six counts of aiding and abetting the distribution of cocaine 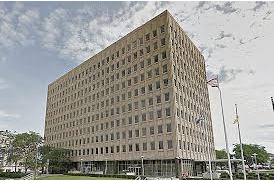 WKTV says the 50-year-old man was placing all of his belongings in the bin at a security checkpoint at the Oneida County Office Building Thursday. This is when police say the suspect haphazardly dropped a tied-off baggie containing what was later determined to be cocaine.

WKTV says he almost instantly realized his blunder, as he tried to quickly snatch up the bag and hide it. However, police say his attempt to be slick failed. Police say he was arrested and charged with criminal possession of a controlled substance. 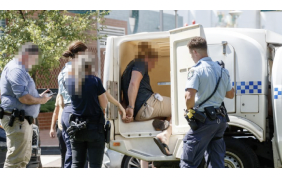 Two Norwegian nationals charged with allegedly trying to retrieve a commercial quantity of cocaine from Newcastle harbour this week will remain in custody while a brief of evidence is prepared to be served against them. Source: https://www.newcastleherald.com.au/story/8063454/norwegian-nationals-in-alleged-commercial-cocaine-bust-at-newcastle/ 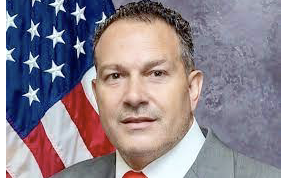 MIAMI (AP) — The U.S. Drug Enforcement Administration quietly ousted its former top official in Mexico last year over improper contact with lawyers for narcotraffickers, an embarrassing end to a brief tenure marked by deteriorating cooperation between the countries and a record flow of cocaine, heroin and fentanyl across the border.

But separate internal probes raised other red flags, including complaints of lax handling of the coronavirus pandemic that resulted in two sickened agents having to be airlifted out of the country. And another disclosed this past week found Palmeri approved use of drug-fighting funds for inappropriate purposes and sought to be reimbursed to pay for his own birthday party.