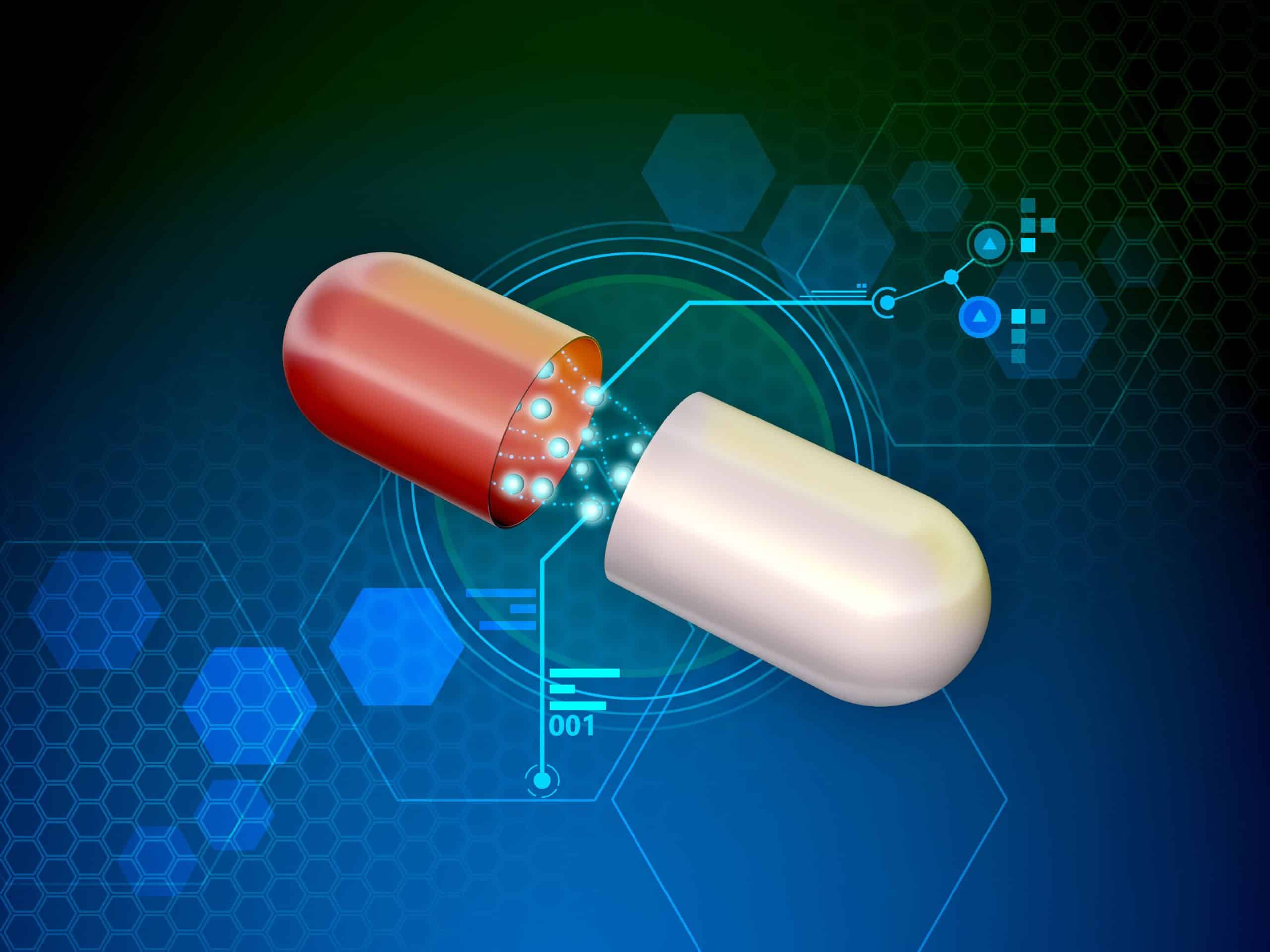 Everything these days is an acronym, and sometimes the world of acronyms gets confusing. In fact, sometimes the very same letters, are used for more than one acronym, and it requires knowing what you’re dealing with, to know the meaning. One of the terms that shows up a lot is API, which relates to pharmaceutical medicine, (as well as computing).

What is an API in pharmaceutical medicine?

The first time I heard this term, I immediately thought of the computing definition: ‘application programming interface.’ It gets used a lot in the world of tech, and it was the main place I’d heard it. Until it came up in a more medical way. The letters API have a totally different definition when speaking of pharmaceutical medicine.

An API in pharmaceutical medicine, translates to ‘active pharmaceutical ingredient.’ Which, of course, is a wildly different concept from its computing counterpart. What does this actually mean? An active pharmaceutical ingredient is “the biologically active component of a drug product (tablet, capsule, cream, injectable) that produces the intended effects.” These can be ingredients in drugs for a number of ailments, including the treatment of issues: “pertaining to oncology, cardiology, CNS and neurology, orthopaedic, pulmonology, gastroenterology, nephrology, ophthalmology, and endocrinology.”

Thanks for joining us. Make sure to sign up to the Cannadelics Weekly Newsletter to keep updated; and for access to stellar deals on cool stuff like cannabis flowers, vapes, edibles, smoking paraphernalia, cannabinoid compounds (like delta-8 and HHC), and way, way more. Let’s all get stoned responsibly.

The active components are the ingredients that do whatever it is that the drug is supposed to do. And much like baking in a kitchen, both active and inactive ingredients are required. If you’re baking a chocolate cake, perhaps the chocolate could be seen as the active ingredient, along with eggs and flower. But you also need baking soda to make things rise. This might not add to the flavor of the cake, but its still important.

However, you might spend more time, making sure you have the right chocolate. Should you use super sweet chocolate chips, bitter chocolate, chocolate powder? This chocolate is equivalent to an API in pharmaceutical medicine…albeit an admittedly strange analogy.

APIs allow for medications to be made in specific strengths, and in desired concentrations. They also require being made in conjunction with good manufacturing practices, and up to codes, as they relate to pharmaceutical medicine, which is very, very precise.

Think of every bottle of Tylenol you buy, over years and years of time, and how every pill is exactly the same. Since APIs are often made by third parties, they also allow for the white-labeling of pharmaceutical ingredients. Several different companies can buy from the same API provider, and then make their own labeled medications with the ingredients.

Where does an API come from?

Much like anything else, whether synthetically or naturally made, An API used in pharmaceutical medicine, comes from some kind of raw material. When dealing with the idea of an herbal supplement, let’s say a mint capsule, the API is the mint, and in this case it probably comes directly from a mint plant. Many APIs do come from plant or animal origins. A great example of this today, is the medical cannabis industry, and the API’s used to make cannabis medications.

In terms of a broader global scale, the World Health Organization also recognizes API ingredients, as per International Nonproprietary Names (INN). Though they are often the same between the US and the WHO, they sometimes do differ. One example is Tylenol. The API is acetaminophen in the US, but referred to as paracetamol by WHO.

The raw materials are used primarily by pharmaceutical companies in their home labs to create their patented formulations. However, to cut costs, the manufacture of these APIs is often now outsourced, leading to a myriad of issues related to quality and regulation. It is now common for APIs to come from Asia, mainly India and China.

Who are the biggest providers of APIs? Some of the bigger names are TEVA Pharmaceuticals, Dr. Reddy’s, Pfizer, Novartis, Sanofi, Boehringer Ingelheim, and Bristol-Meyers Squibb. These companies generally specialize in different APIs. In terms of where the raw materials come from, that can vary hugely. Sometimes from chemical product manufacturers, and sometimes from growing fields. Raw materials are converted to APIs through different chemical processing techniques. When in the process of a raw material becoming an API, its called an ‘intermediate’.

Raw materials for an API in pharmaceutical medicine

While this isn’t the most specific of answers, the raw materials for APIs are gathered through raw material providers. Yeah, I know, it almost sounds like I’m trying to be evasive. I promise, I’m not. But the truth is that raw materials can come from one of hundreds or thousands of providers depending on what they actually are. Think of all the chemical companies out there, and all the different kinds of ingredients in life. And then think of how many medications there are, and how different.

A general process, at least according to Teva-API, is that once a medicine is approved, a team then goes out looking for all the correct chemical companies to get the component raw material parts. It comes down to the company to judge the reliability of a source. Sometimes to ensure no issues in sourcing, a company like Teva will require two sources for each material. The R&D team that created the medication, essentially gives a list of the necessary raw materials to the team responsible for collection, and then the search into the correct chemical companies begins.

And to be honest…there isn’t a lot of better or more specific information out there. Most of the information that is available comes from companies selling APIs, or pharmaceuticals, and none of them really get into the nitty gritty of exactly where their chemical components are sourced as raw materials.

I guess at this point its fair to imagine that sourcing likely involves things like mining for the minerals that make up the periodic table of elements, which are used to produce all inorganic materials. As well as whatever biologically sourced ingredients come from different plant and animal sources.

Right now, the API industry in pharmaceutical medicine is quite big. API-producing companies generally produce powder versions and sell in bulk to pharma companies. Their production and sale comprises a multi-billion dollar industry that white-labels the ingredients of pharmaceutical medications.

And while the idea of APIs might be a bit confusing when reading about them in terms of business, the reality in the end, is that the pharma ingredient market is the same as nearly all others. One company takes stuff out of the ground somehow, sells it to another company which uses it to make a specific chemical compound, which sells it to another company which uses that compound in a product. Just like nearly every product made; whether food, a toy, equipment, or whatever else.

APIs in pharmaceutical medicine represent just another form of white-labeling. Of course in this case, the products white-labelled are the ingredients in your pharmaceutical medications. Perhaps we as the public should know more about the process and the safety requirements that do – or don’t – exist. But as in most parts of life, the business of these ingredients and how they move, stays largely out of the public eye. Much like nearly every other big business consumer industry.

Kind of makes those herbal remedies that can tell you exactly what’s inside, and exactly what field the ingredients were sourced from, nice in comparison.

Welcome readers!! We appreciate you stopping by Cannadelics.com; an independent news platform that works hard to serve up the best cannabis and psychedelics reporting. Stop by when you can to keep in-the-loop with what’s going on, and sign up for the Cannadelics Weekly Newsletter, so you’re always first to get the news.